Ministers are set to sign a major deal with pharma giant Pfizer for more vaccines this autumn, to “protect people over the ­winter and let us enjoy Christmas”. It comes as more than 20 scientists write an open letter to the Government calling for all Covid restrictions, including masks and social distancing, to end on June 21, allowing the public “to take back control of their own lives”.

Prime Minister Boris Johnson has said his cautious reopening strategy, ­coupled with the vaccine rollout, is aimed at ­guaranteeing there will be no return to lockdown. The latest vaccination figures, coupled with news of the extra doses, suggest the country is on track to achieve this aim.

A formal announcement on the new doses has been delayed but sources have confirmed the deal is about to be signed.

A Whitehall source confirmed that the new vaccine is aimed at ­protecting people over the winter and letting us enjoy Christmas, after it was cancelled last winter.

There had been some doubts over getting the German-produced vials, which were in the first tranche used by the elderly this year. This was due to the EU threatening to block delivery after Brussels’ disastrous handling of the bloc’s vaccine rollout.

Figures yesterday showed that more than 33 million people have received at least a first jab, meaning that more than half of the ­population has been vaccinated. 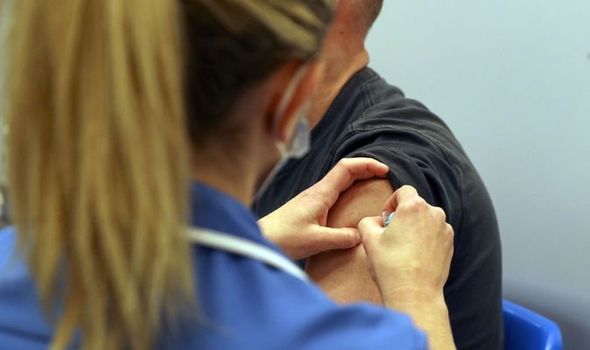 A further 32 Covid deaths and 2,061 new cases were reported.

Saffron Cordery, the deputy chief executive of NHS Providers, said: “It is an astonishing achievement that half of the UK population has now had at least one jab.

“In less than five months, frontline NHS staff in trusts and ­primary care and volunteers have done an incredible job giving out over 33 million first jabs and more than 11 million second doses.

“We owe each and every one of them our thanks.

“These measures are key to keeping Covid-19 infection rates under control and helping ensure this current lockdown is our last.”

Matt Hancock yesterday said: “I am absolutely delighted that over half of the population of the UK have now been vaccinated.

“It is a brilliant milestone and even more so now that more than 11 million people who are the most vulnerable to Covid have had two jabs. 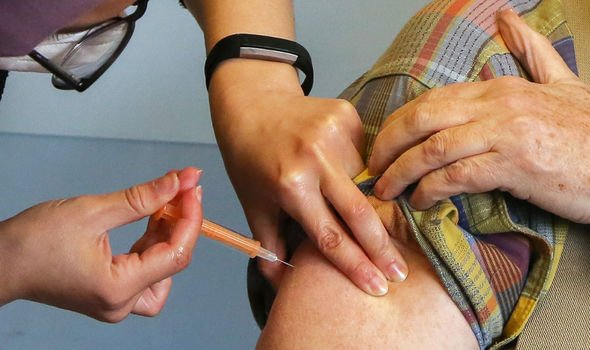 “This vaccination programme is our way out of this pandemic. It’s clearly saving lives – we can see that – and it means that fewer ­people are catching the disease.

“So when your time comes, and we are going through the age ranges and getting to younger and younger people all the time, please come forward and get the jab.”

The Health Secretary added: “I am also so thrilled that the uptake of those who are most vulnerable, those over the age of 50, is over 95 percent. It will give this country so much protection in the weeks and months ahead.”

Experts have said that vaccines should be able to control the ­pandemic, with real-world UK data showing that jabs slash ­infection rates and are likely to cut transmission.

To encourage uptake the Government has launched a new advertising campaign to ­persuade the under-50s to get the jab. 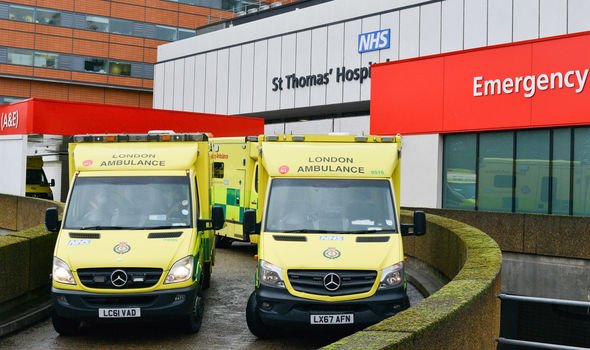 It features a series of images of intimate moments across the UK, including in Salisbury Cathedral, the Royal Welsh Showground in mid-Wales and on Rathlin Island in Northern Ireland, to underline the size and scale of Britain’s ­vaccine rollout.

Pilot schemes are currently underway to allow larger live events, such as concerts and sports, to resume. People going must sign consent forms and provide proof of a negative test.

A major nightclub pilot, with no masks or social distancing, will take place on Friday in Liverpool.

Culture Secretary Oliver Dowden spoke of the importance of the schemes, as a key part of a “step closer to normality”.

He said: “Our ultimate aim is to work out how we can get crowds back safely as soon as possible, and get back to the way things were before Covid.

“Each and every pilot gets us closer to normal life. They show us how we can exit this thing safely –and leave Covid in the rear-view mirror once and for all.” 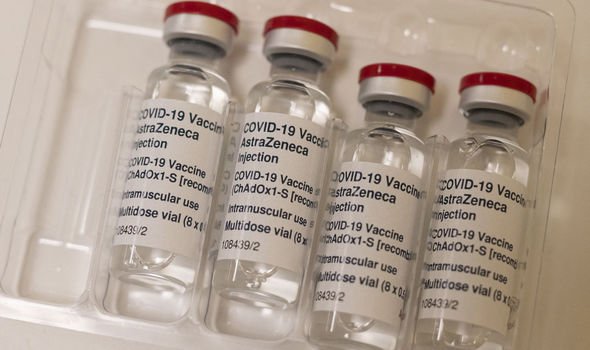 He said the trials were being done “in the name of science, so that we can secure the return of normal life in full”. Meanwhile, Work and Pensions Secretary Therese Coffey said the pieces are in place to make sure the country can return to the record levels of employment enjoyed before the crisis. She said: “We went into this pandemic last year with
record high employment.

“Since then, furlough has protected millions of jobs and we have boosted the welfare safety net like never before, to help ­people through these tough times. After the millions of
vaccines, now come the vacancies and visits to pub gardens.

“By safely supporting our locals, and cautiously continuing our roadmap to recovery, we are ­getting the country back on track and building back better.”

But despite the positive news, Mr Johnson’s Government still faces pressure over his unlocking strategy. The possible use of Covid certificates – vaccine passports – to get into theatres and major venues has proved controversial.

A Survation poll of 1,009 people found that overall the certificates were seen as fair but the young were more opposed. 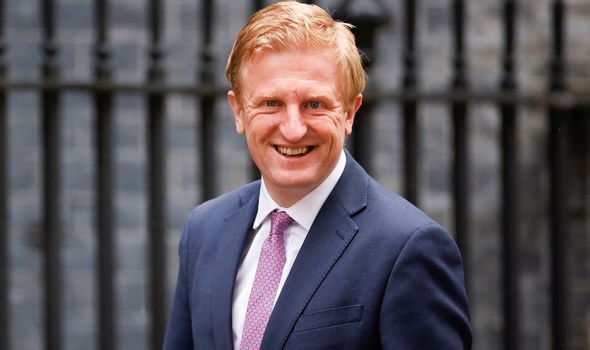 Forty-six percent of 18-34-year-olds were against the introduction of the certificates as a requirement for entry to hospitality.

However, 65 percent of those over 65 were in favour of the idea, with 25 percent against. Rupert Lowe, former Brexit Party MEP and businessman, commissioned the poll.

He said: “We have punished the young enough over the past year.

“Jobs destroyed, a mountain of debt to repay and now we want to lock them out of society against their wishes. Those in the older generation who are so in favour should be ashamed.

“Demanding proof of someone’s health status so they can visit the pub is a hideous idea. 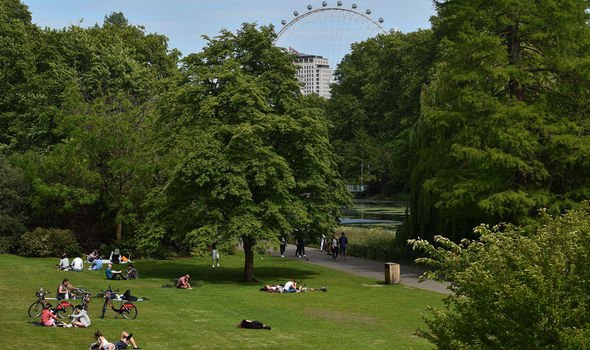 “We are drifting into a Covid authoritarian state and it is being cheered on by millions.

“Soon it will be too late. Make make your voice heard now.”