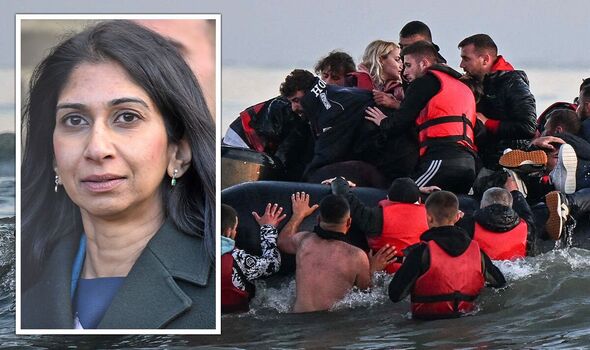 High Court judges have ruled the Government’s controversial plan to send asylum-seekers on a one-way trip to Rwanda is lawful. Several asylum-seekers, aid groups and a border officials’ union were trying to stop the Government acting on a deportation agreement with Rwanda which aims to deter migrants from crossing the English Channel in small boats.

Lord Justice Lewis, sitting with Mr Justice Swift, dismissed the challenges against the policy as a whole, but ruled in favour of eight asylum seekers, finding the Government had acted wrongly in their individual cases.

More than 44,000 people have arrived in Britain via the route this year with several having died, including four last week when a boat capsized in freezing conditions.

Under the scheme, the UK plans to send some migrants who arrive in Britain as stowaways or in boats to the east African country where their asylum claims would be processed.

Applicants granted asylum would remain in Rwanda rather than returning to the UK.

Britain has paid the country £120million under the deal which was struck in April by then Home Secreaty Priti Patel. No one has yet been sent to the country.

Home Secretary Suella Braverman has previously described the Channel crossings as an “invasion of our southern coast”.

She told The Times it would be “unforgivable” if the Government did not stop the journeys.

Ahead of the ruling, one campaigner said she was praying that the “huge stress” felt by asylum seekers waiting for the judgment finally “comes to an end”.

Charlotte Khan, project manager for the Rwanda team at Care4Calais, one of the groups which brought the legal challenge, said: “(I’m) really nervous, very proud of our team and the work they’ve done looking after the lead claimants.

“They are very nervous too – they’ve been waiting for a very long time to know if they’re going to be safe.

“It’s a huge stress on them and their families, and I’m praying that today that comes to an end.”