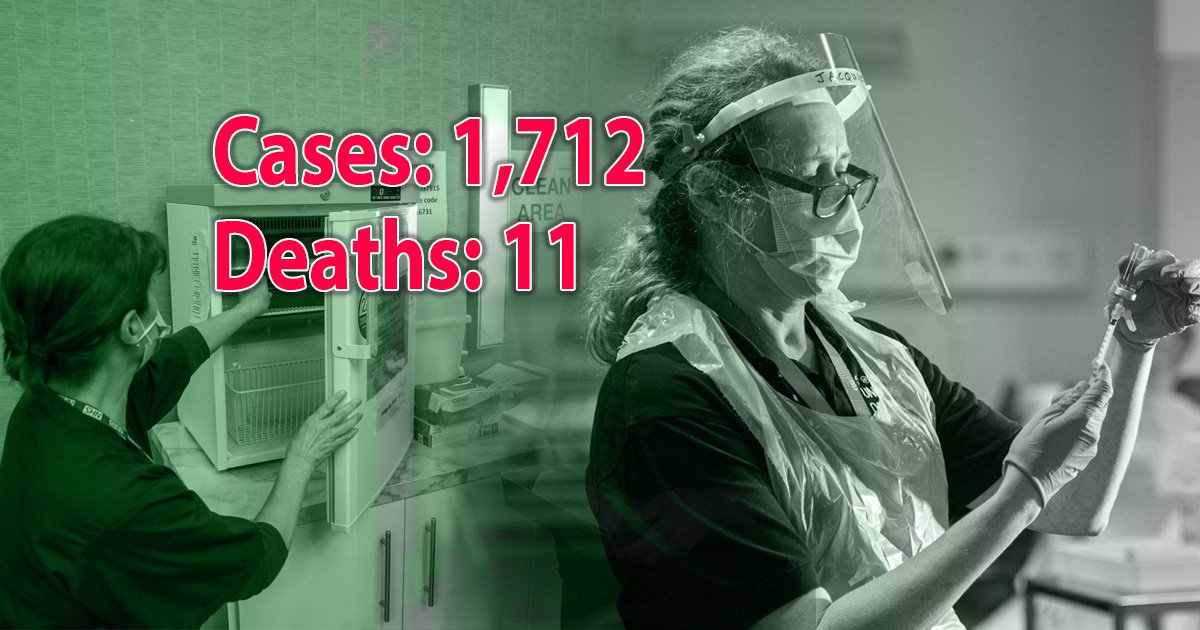 There have been another 11 deaths within 28 days of a positive coronavirus test in the UK, and 1,712 confirmed new cases.

This figure is among the lowest deaths from the disease since September last year.

Figures released daily by the Department for Health show that both cases and deaths have dropped significantly from the last high in January.

Latest figures also show that 33,666,638 people have received a first dose of a vaccine against Covid-19.

There are currently 1,781 people in hospital, with 243 of them on ventilators.

Separate figures published by the UK’s statistics agencies show there have been 151,000 deaths registered in the UK where the disease was mentioned on the death certificate.

In Scotland, official statistics show one further coronavirus death and 176 new cases in the last 24 hours,.

It means the death toll under the daily measure – of people who first tested positive for the virus within the previous 28 days – is 7,652.

The Scottish Government noted that register offices are generally closed at weekends.

There were 93 people in hospital on Saturday with recently confirmed Covid-19, 12 of them in intensive care, according to latest figures.

No further deaths of patients who previously tested positive for Covid-19 were notified in Northern Ireland today.

Another 73 people have tested positive for the virus in the last 24-hour reporting period.

On Sunday morning, there were 60 confirmed Covid-19 patients in hospital, five of whom were in ICU.