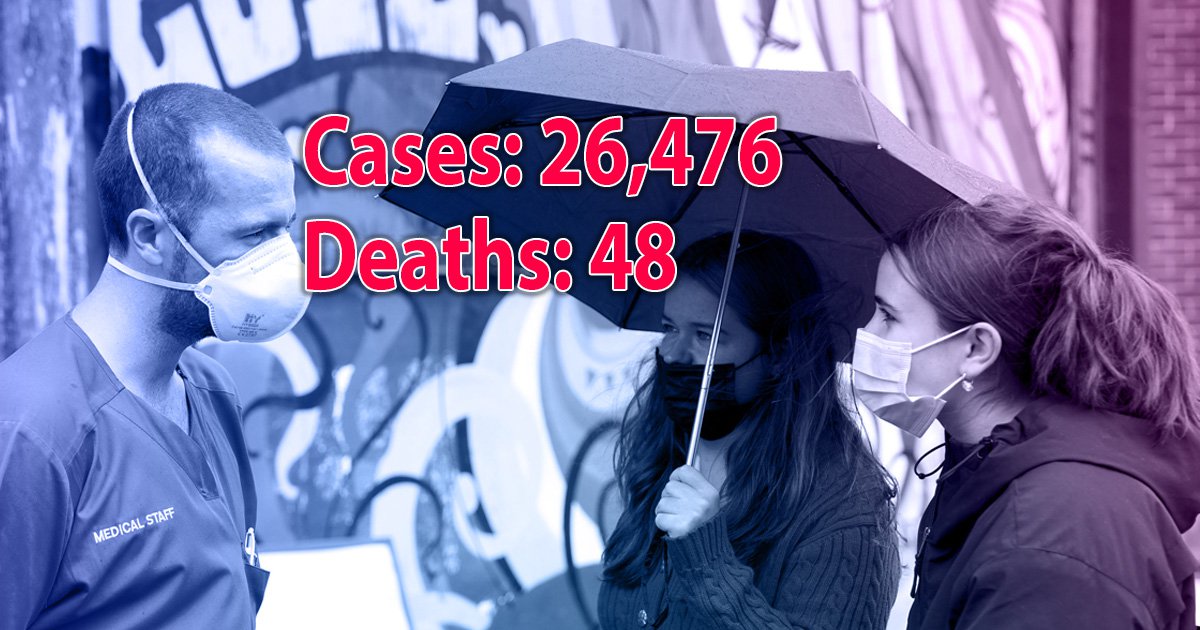 The latest coronavirus figures show that there have been a further 48 deaths within 28 days of a positive test recorded, bringing the UK total to 132,485.

Separate figures published by the Office for National Statistics show there have been 156,000 deaths registered in the UK where Covid-19 was mentioned on the death certificate.

As of 9am today, there had been a further 26,476 lab-confirmed Covid-19 cases in the UK, the Government said.

According to a post on the gov.uk dashboard, no data has been reported for Wales due to the bank holiday, meaning UK cases, vaccinations and deaths by report date only include those from England, Northern Ireland and Scotland.

Schools in England are now coming towards the end of the summer holidays, with experts fearing it is ‘highly likely’ Covid cases will surge when classes return next month.

All precautions including face masks and bubbles have been scrapped for the start of the new term, while the vast majority of under-16s have not yet been offered a vaccine.

During the national lockdowns, in person lessons for most children were stopped to try and stop the spread of the virus.

Keeping children home was one of the key ways the government controlled the case levels.

Scotland has seen record numbers of cases since its pupils went back this month, with infections doubling in a week.

Experts advising the UK Government as part of the Scientific Pandemic Influenza Group on Modelling have told ministers to prepare for something similar to happen south of the border.

He said: ‘Next to nothing has been done to prepare for the possibility of large numbers of cases which will lead to lots of education disruption as children and staff have to isolate because they are positive – or stay off because their Covid symptoms go on longer.

‘It is only right to recognise that a large percentage of the school community is unvaccinated, and that this will remain the case for a while yet.

‘We cannot just assume a return to normal from the start of term. The bringing together of a school community of several million will inevitably lead to a rise in case counts.’

The Joint Committee on Vaccination and Immunisation is set to issue advice about whether the roll-out should be extended to children aged 12-16.