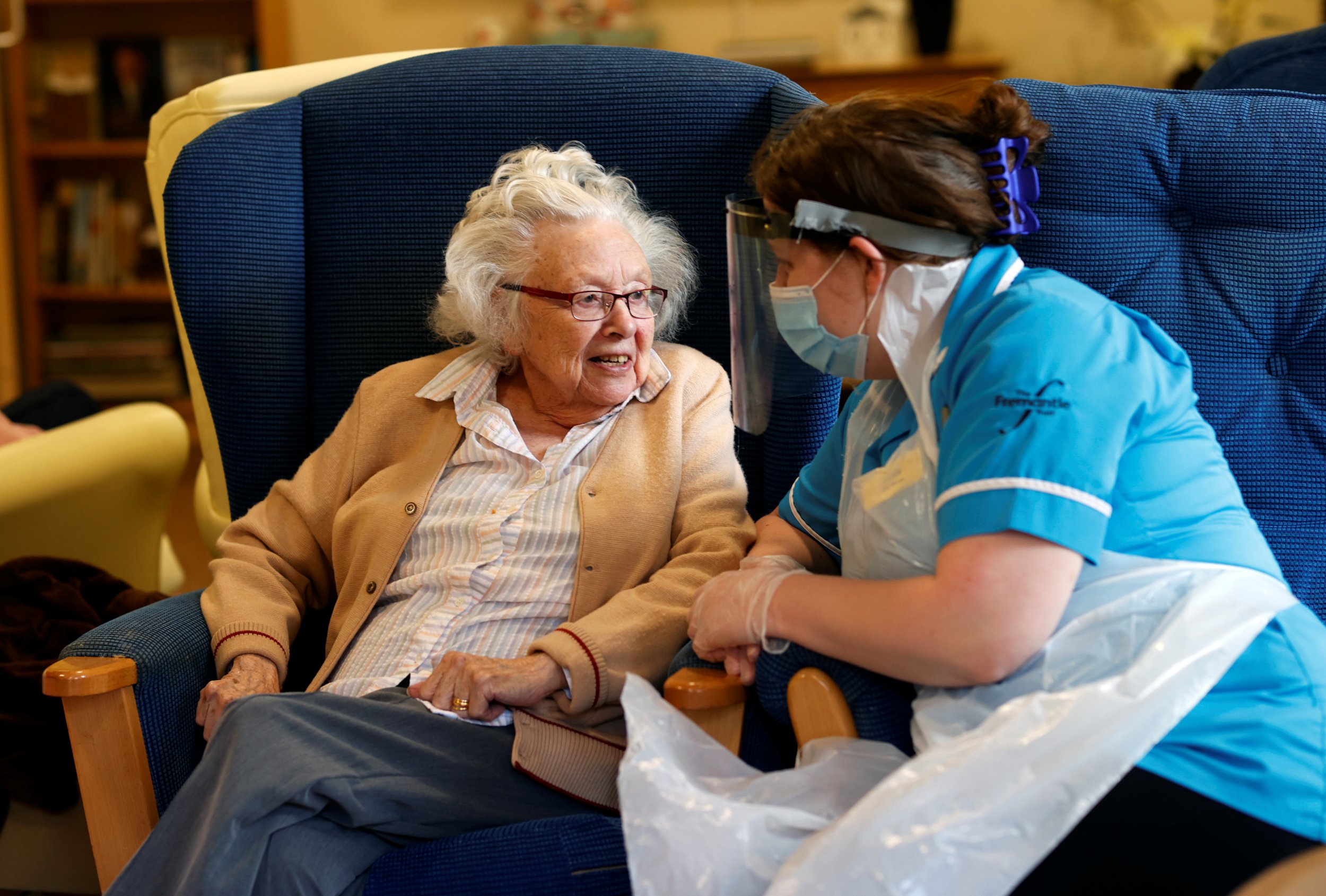 Thousands of additional care workers are to be recruited from abroad to fill chronic gaps in the workforce, the government has announced.

Immigration rules will be relaxed for care workers, care assistants and home care workers amid a struggle to hire and keep staff since Brexit.

Care providers are experiencing high vacancy rates and turnover, and pressure on staffing is being exacerbated by the recent spread of Omicron.

Research from health think tank Nutfield Trust found staff numbers had fallen by about 42,000 between April and October while separate data from charity Skills for Care found around 11% of vacancies are unfilled.

The staffing crisis has forced care homes to close or turn away vulnerable elderly people in desperate need of care.

In a bid to plug the gap, care workers will be added to the Home Office’s shortage occupation list, which is designed to help migrants get work visas to fill jobs where there are shortages.

Inclusion on the list will require carers to be given a minimum annual salary of £20,480. They will be entitled to bring dependants, including a partner and children.

The change follows warnings from the Migration Advisory Committee (MAC) that the sector was facing ‘severe and increasing’ problems with hiring and retaining staff after Brexit.

Since the UK left the European Union, social care workers from EU countries are no longer automatically eligible to work in the UK and instead have to apply for a visa.

The MAC called for changes to be introduced ‘immediately’ to temper ‘severe and increasing difficulties’.

The temporary measures are expected to come into effect early next year and will be in place for a minimum of 12 months.

It comes after campaigners have accused the Government of ignoring the crucial role care workers have played during the pandemic by excluding them from its new immigration system.

Home Secretary Priti Patel said: ‘The care sector is experiencing unprecedented challenges prompted by the pandemic and the changes we’ve made to the health and care visa will bolster the workforce and help alleviate some of the pressures currently being experienced.’

But he said low pay was barrier to attracting more staff as he urged the government to go further with its plans to save the sector.

‘Essential care and support for older people is facing a staffing crisis the likes of which we have never seen before,’ he said.

‘Like other non-profit care providers, MHA is having to close the doors of our care homes and we currently have around 19% of our homes unable to accept new residents.

‘As a result, older people are staying in hospital longer than they need to or not getting access to the care they want.

‘The changes to immigration rules announced today are a very welcome step forward in addressing the ongoing care staffing crisis.

‘However, it will be some months before older people feel the benefit of these much-needed changes.

‘For now, we need the Government to urgently address pay for care workers, and we need local authorities to draw up emergency plans in case staffing pressures get worse before they get better.’

Vic Rayner, chief executive of the National Care Forum, said the move was a ‘glimmer of hope for the New Year’.

‘It will be imperative that all organisations, large and small, needing these additional valued workers, will be able to utilise the immigration system at speed.

‘At present it is complex, and organisations currently using it for wider roles recognise the financial and bureaucratic burdens inherent in the system.’

But Liberal Democrat health and social care spokeswoman Daisy Cooper said the relaxation of immigration rules was ‘too little, too late for everyone who has had their visits to a loved one in a care home cancelled this Christmas’.

‘When Boris Johnson delivered Brexit he pulled the rug from under the care sector’s workforce,’ she said.

‘Now, the paltry offer of a one-year visa will likely fail to attract the numbers of care workers we so desperately need.’