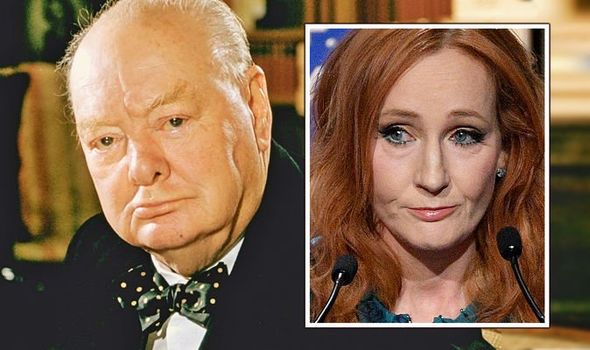 Holy Trinity Church of England Primary School previously had houses named after the Prime Minister and the Harry Potter author – alongside Emmeline Pankhurst and Sir David Attenborough. However, the two houses had been renamed after England footballer Marcus Rashford and Crimean War nurse Mary Seacole.

After details of the name change came to light, Michele Marcus, the school’s chair of governors, wrote a newsletter to parents today defending the decision.

According to the Mail, she wrote: “The change was entirely driven and led by our pupils and they feel proud of having effected this change and knowing their views were heard.

“There may be further interest in the subject and I hope you will support the school in our position.”

The announcement of the changes was timed for Black History Month.

One parent told the Mail: “A lot of us are quite shocked that the school authorities have decided that the contributions of Churchill and Rowling deserve to be erased from the records without so much as a consultation with parents.

“Presumably this has happened partly due to the supposed thought-crimes committed by these two national figures.”

They added: “I am not alone in feeling appalled that this cowardly action has been taken.”

Churchill – who shepherded Great Britain through World War 2 and is regarded by many as the greatest Prime Minister of all time – was recently accused of racism.

The accusations concern alleged inaction over the 1943 Bengal Famine in India and his views on Indian independence.

According to historians, in 1955 he also voiced his support for the slogan “Keep Britain White”.

However, earlier in his life, in 1906 he is quoted as saying: “We will endeavour as far as we can to advance the principle of equal rights of civilized men irrespective of colour.

“We will not—at least I will pledge myself—hesitate to speak out when necessary if any plain case of cruelty of exploitation of the native for the sordid profit of the white man can be provided.”

Earlier this year, the Winston Churchill Memorial Trust removed pictures of the PM from its website and changed its name to the Churchill Fellowship.

It stated that his views on race were “unacceptable today, a view that we share”.

Ms Rowling has been accused of transphobia after making statements on Twitter about transgender people.

In June 2020, Ms Rowling took to Twitter to criticise an opinion piece that used the phrase “people who menstruate”.

She replied: “I’m sure there used to be a word for these people. Someone help me out. Wumben? Wimpund? Woomud?”

“If sex isn’t real, the lived reality of women globally is erased.

“I know and love trans people, but erasing the concept of sex removes the ability of many to meaningfully discuss their lives.”

Ms Rowling later defended her statements, saying that she had been “empathetic to trans people for decades”.

When approached for comment by the Mail, headteacher Ms Bateman said: “The changing of our school’s house names was an activity that our children began discussing last year as they did not feel the names reflected the diverse community of our school.

“It is important that childrens’ voices are heard and this is why we supported their choice to have our house names reflect diversity, equality and the environment.

“We have a lot of support from parents, some of whom have themselves challenged us in the past about the lack of diversity in the names. We also have the full support of our Governors and the Diocese of Southwark.”