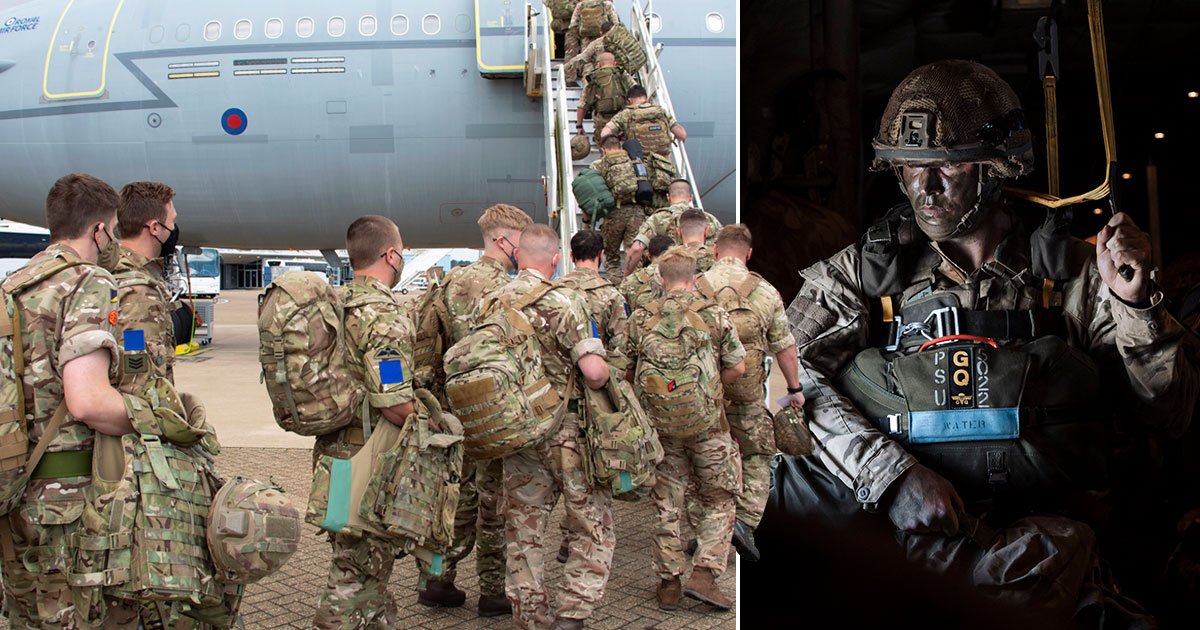 The UK is sending around 8,000 troops to Eastern Europe in one of the largest deployments since the Cold War to help ‘deter Russian aggression’.

Dozens of tanks, along with artillery guns, armoured assault vehicles and aircraft, are also being sent to countries ranging from Finland to North Macedonia this summer under plans that have been ramped up since Vladimir Putin’s invasion of Ukraine.

Defence Secretary Ben Wallace said the ‘show of solidarity and strength’ will see UK service personnel joining with Nato allies and those from the Joint Expeditionary Force alliance, which includes Finland and Sweden, for the exercises.

It comes after a British military veteran became the first UK national confirmed to have been killed in the conflict. Meanwhile, the Foreign Office confirmed another Brit is missing in Ukraine.

Tributes have been paid to Scott Sibley, remembered as ‘the bravest person’ and someone who ‘showed commando spirit until the end’, after the Foreign Office confirmed a British national had died in Ukraine and another is missing, without identifying the pair.

The families of both are being supported, a spokesperson said, declining to give names or further details. Mr Sibley is believed to have been fighting in support of Ukrainian forces.

Fundraisers have received donations of more than £10,000 for the veteran’s family, with Craig Grant writing on one Gofundme page: ‘To me he was a friend like no other and the bravest person I’ve had the pleasure to have known, he was as good as a brother to me.’

A small number of serving British personnel are believed to have gone absent without leave to join the resistance against the Russian invasion, while veterans and Britons without combat experience are thought to have also travelled to Ukraine.

The update comes as Russian sources published a list of 100 names of people they claim to be British ‘mercenaries’ fighting in Ukraine.

A pro-war Telegram channel called Rybar with almost 400,000 subscribers claimed the 99 men and one woman were part of the ‘International Legion of Territorial Defence of Ukraine’, also known as the Ukrainian Foreign Legion.

It is unclear where the list came from, but Rybar suggests it was obtained via the offices of the governor of Mykolaiv region, Vitaliy Kim.

There are also doubts over how authentic the list is. Mr Sibley’s name does not appear on it, and nor do those of British fighters recently detained by the Russians in Mariupol.

It was published on the same day Ukrainian military officials released the names of Russian soldiers branded the ‘Despicable Ten’ who are accused of carrying out war crimes in Bucha.

Aircraft, tanks, artillery and armoured assault vehicles will join the exercises across Europe, with the UK deployment expected to build to a peak of around 8,000 personnel operating between April and June.

Commander Field Army Lieutenant General Ralph Wooddisse said: ‘The UK makes a significant contribution to the defence of Europe and the deterrence of Russian aggression.

‘The British Army’s series of exercises is fundamental to both.

‘The scale of the deployment, coupled with the professionalism, training and agility of the British Army, will deter aggression at a scale not seen in Europe this century.’

Troops from the Queen’s Royal Hussars have been deployed for embedding in an armoured brigade in Finland, which shares an 830 mile land border with Russia.

Exercises alongside American troops are also taking place in Poland.

Mr Wallace said: ‘The security of Europe has never been more important.

‘These exercises will see our troops join forces with allies and partners across Nato and the Joint Expeditionary Force in a show of solidarity and strength in one of the largest shared deployments since the Cold War.’

The team will support the government in Kyiv in gathering evidence and prosecuting war crimes and will include experts in conflict-related sexual violence.

They will arrive in neighbouring Poland early next month to examine how they can assist.

The announcement comes as Ms Truss meets with the president of the International Criminal Court in The Hague on Friday.