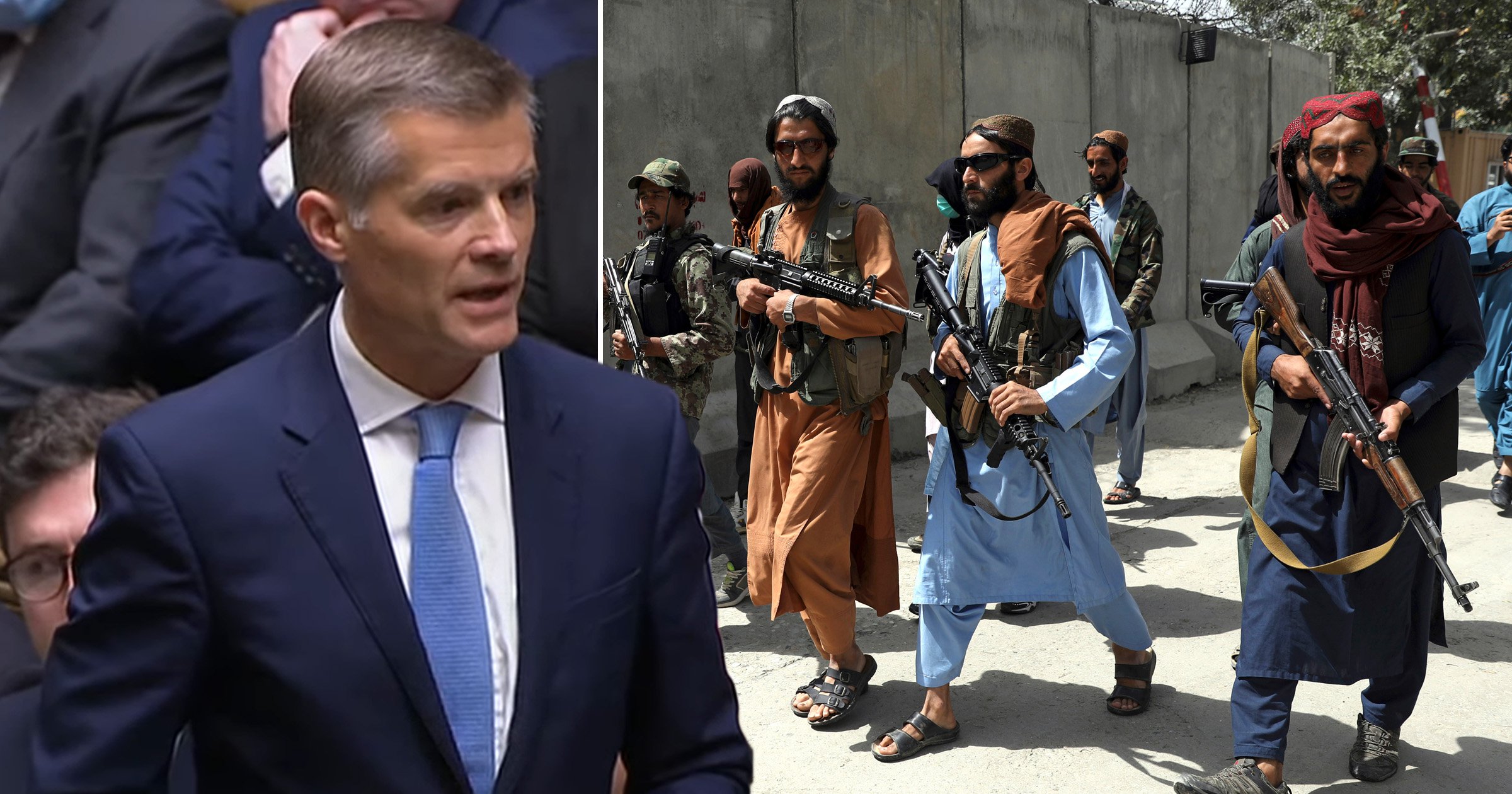 Boris Johnson faced criticism from several of his own backbenchers as MPs met in the House of Commons to discuss the crisis unfolding in Afghanistan.

Parliament was recalled from the summer recess for the first time since 2013 after Kabul fell to the Taliban on Sunday.

The PM opened the debate by saying the ‘sacrifice in Afghanistan is seared into our national conscious’.

He was quickly harangued by several of his own MPs on the failure of British intelligence to predict just how quickly the Taliban would take over following the withdrawal of western troops.

Mark Harper said: ‘There’s clearly been a catastrophic failure of our intelligence or our assessment of the intelligence because of the speed that this has caught us unaware.’ 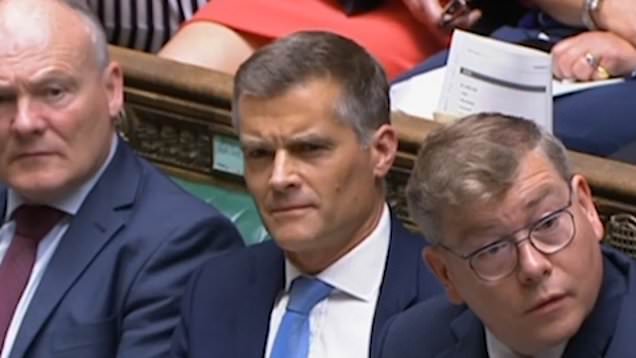 He said: ‘We are ceding back the country to the very insurgency we went to defeat in the first place.’

The prime minister also faced a bruising challenge from his predecessor Theresa May, who asked when he first spoke to the secretary general of Nato about setting up an alliance to replace US forces in Afghanistan.

The PM said he spoke to the Nato Secretary General ‘the other day’ but added: ‘It’s an illusion to believe there is appetite among any of our partners for a continued military presence.’

He said: ‘I do not believe that deploying tens of thousands of British troops to fight the Taliban is an option that would commend itself either to the British people or to this House.’

Labour leader Keir Starmer joined in on the criticism, saying the events of this week had been ‘disastrous’.

The Taliban took capital city Kabul on Sunday quickly and with little resistance while Boris Johnson and foreign secretary Dominic Raab were on holiday.

The prime minister said the events in Afghanistan and the collapse ‘have unfolded faster than I think even the Taliban expected’.

But he said it was not fair to say the government had not prepared at all.

He said plans to withdraw UK nationals have been under preparation for many months and the decision to commission an emergency handling centre at the airport happened two weeks ago.

He said the UK has evacuated 306 British nationals and 2,052 Afghans from Kabul so far and a further 2,000 visas for Afghans have been processed.

But Labour MP Chris Bryant noted the PM has said the UK will only take 5,000 refugees this year.

Ministers yesterday announced plans to help Afghans fleeing the Taliban by giving some 20,000 refugees sanctuary in the UK over the coming years.

However, the Home Office was accused of failing to act quickly enough after it revealed that only 5,000 Afghans facing persecution would be relocated in the first year.

Those 5,000 Afghans are coming under an existing scheme for people whose lives are in danger because they helped the UK during the 20-year war.

The prime minister said the aim is to complete the evacuation ‘as expeditiously as we can’ amid reports the Taliban are destroying documents and preventing those eligible from getting to Kabul airport.

He sad the UK government has ‘an enduring commitment to the Afghan people’ as he announced the government will double its current humanitarian aid for Afghanistan to £286 million in response to the crisis.

He said he will chair a virtual meeting of the G7 ‘in the coming days’ as he called on the United Nations ‘to lead a new humanitarian effort in this region’.

‘We want all these countries to step up and focus on the most vulnerable in what will be formidably difficult circumstances,’ he said.