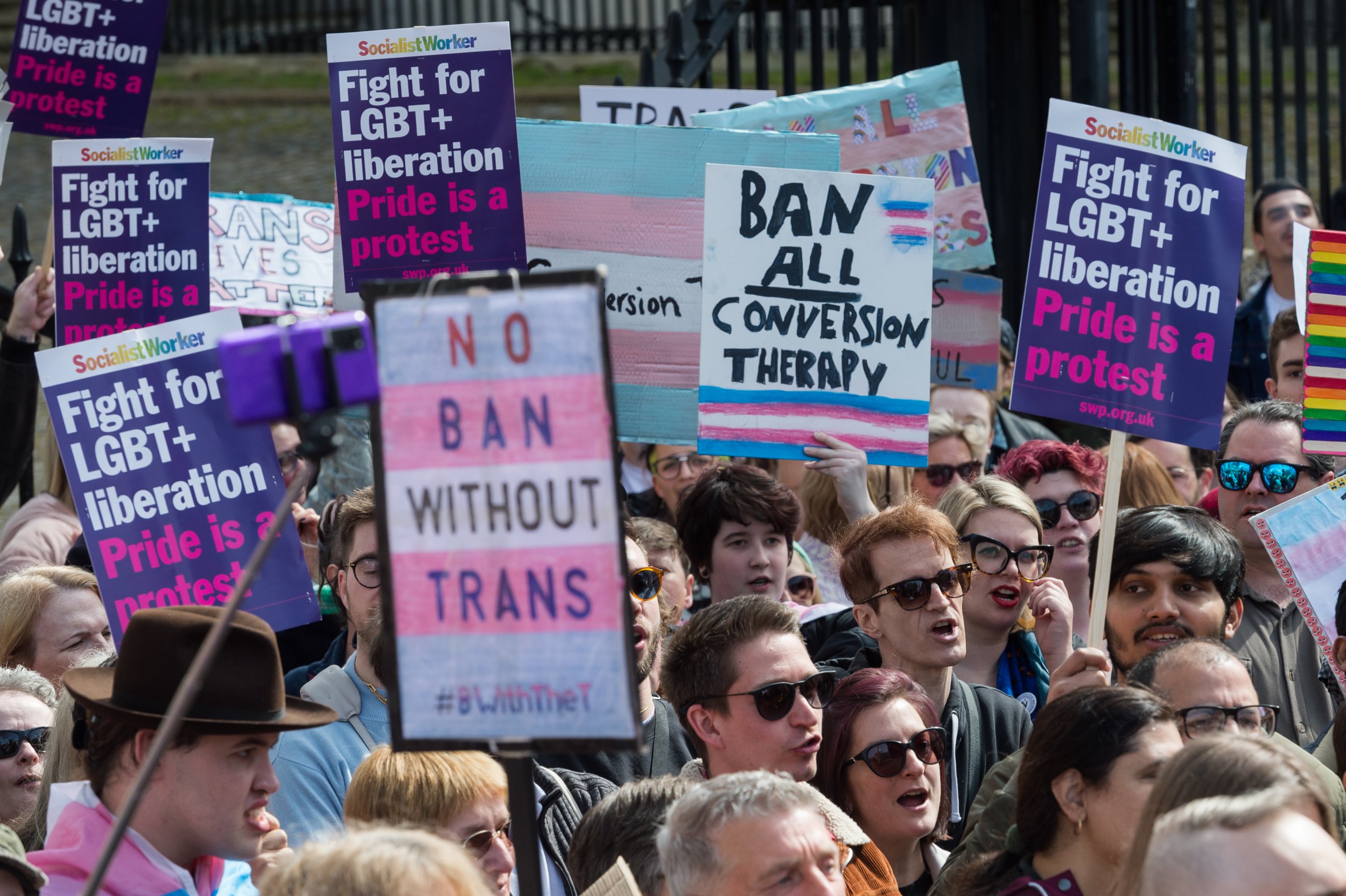 The government is set to announce a new law that will ban all types of so-called conversion therapy, according to a new report.

Transgender conversion therapy will be made illegal alongside other forms, ITV claims.

It comes after huge protests erupted when Boris Johnson’s government tried to quietly drop the ban, which the LGBTQ+ community was promised five years ago.

Put under pressure, the government quickly U-turned – but ministers refused to protect transgender people from the vile practice.

Now, the announcement of a plan to ban all efforts to change a person’s sexuality or gender identity is expected in the next few days.

Downing Street is said to have been shocked by the level of cross-party support for a total ban – including from Tories.

Number 10 is reportedly overseeing the shape of the new law, rather than Equalities Minister Kemi Badenoch.

The imminent introduction of the bill itself is anticipated, but the legislation won’t be published in full until later this year.

It’s understood Rishi Sunak’s government is keen to complete the passage of the bill before the next election.

But questions remain about what will and won’t be included.

It remains unknown whether it will include loopholes on religious practices and conversion therapy that someone has ‘consented’ to.