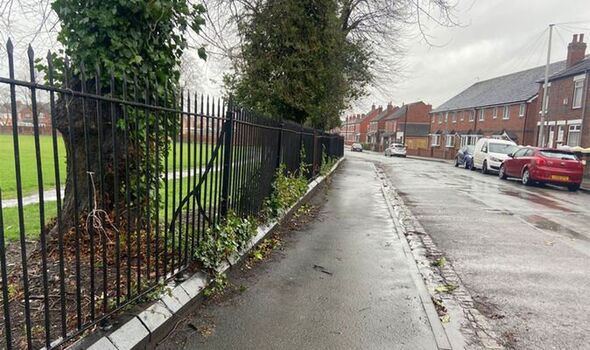 Police were called shortly before 3.30pm on Saturday, February 19, as a Bullmastiff type dog attacked the woman and a small dog in Richmond Road. Officers arrived and found the woman and 16-year-old boy with non-life-threatening injuries, and both were taken to the hospital for further treatment.

The smaller dog attacked by the Bullmastiff died of its injuries.

Cheshire Police say the Bullmastiff dog posed an “immediate risk to the safety of the public” and was shot dead by armed officers.

A 24-year-old man was arrested on suspicion of owning a dog dangerously out of control in a public place.

He has since been released on conditional bail.

Officers are now appealing for information, with Superintendent Myra Ball saying: “This is a distressing incident and officers did all they could to bring the dog under control.

“However due to the immediate threat to the public and police, the decision was made to destroy it.

“We know that there were a lot of people in the area that may have taken photographs or video or possibly may have CCTV footage around the time of the incident.

“I would urge anyone who has footage or images to not share them online, but instead please send them into us as they could be vital in assisting with our investigation.”

A man who lives in the area told Cheshire Live he heard gunshots as police “destroyed” the Bullmastiff.

He said: “We just heard the shots and then saw all the commotion with all the police.

“To be honest with you, we’re dog people so it’s not nice for us. We decided to just stay down here. There were a lot of people going up there.

“We heard he was tasered first but we thought those were gunshots too because it did sound like a gun had gone off.”

He said he had seen videos of the dog when it was out before the incident happened and said it ‘didn’t seem like a crazy dog’ to him.

He added: “I just can’t help but think – did it really need to be shot?”

Anyone who has CCTV or mobile phone images or footage of the incident is asked to contact Cheshire Police by visiting the Cheshire Police website or call 101 quoting IML 1205499.

Information can also be passed on to Crimestoppers anonymously by calling 0800 555 111 or report it via the Crimestoppers website.