The 10-day wait for indoor dining to reopen could feel very long indeed, with warmer temperatures due to arrive this weekend set to be offset by wetter, windier conditions – and even some more snow.

A band of Arctic showers which gave the north of Scotland a spring covering overnight has moved south, and is expected to reach parts of northern England on Thursday and Friday – along with a chance of hail and thunder.

Sky News weather presenter Nazaneen Ghaffar said that even though it will be milder this weekend than it has been during the week, it will be very wet and windy.

Some areas, including Dartmoor, could see as much as 70mm of rain in the 24 hours to Saturday. 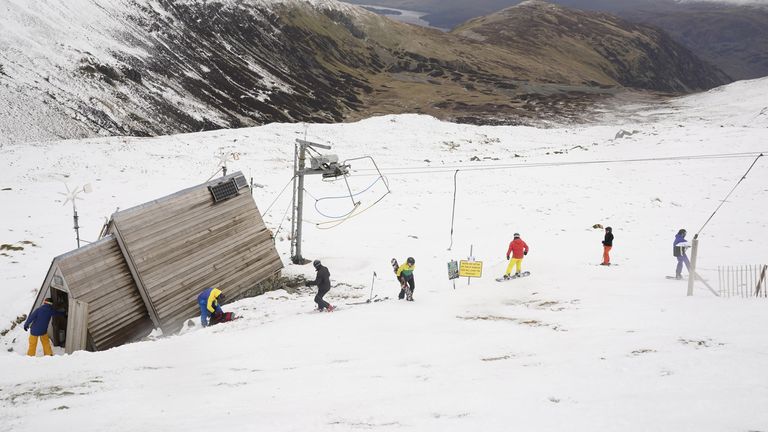 Many places on the slopes of the Pennines, the Lake District, and the North East woke to a dusting of snow on Thursday, but in most areas it was nothing like the 2cm recorded at Aviemore in the Cairngorms.

But while the Met Office said a lot of the snow in northern England was on the highest ground, there were also some reports of showers at low levels, including in Gateshead.

Met Office spokeswoman Nicola Maxey said snowfall was not unheard of in England in May, with some as recently as last year, but lying snow was much more uncommon for the time of year.

The last time snow accumulated in any quantity at this time in May was in 1997, when several centimetres settled in Scotland, Wales and northern England.

It’s been a similarly unseasonal 24 hours in other parts of the UK, with hail falling as far south as London and Kent on Thursday amid heavy rain showers, thunder and lightning. 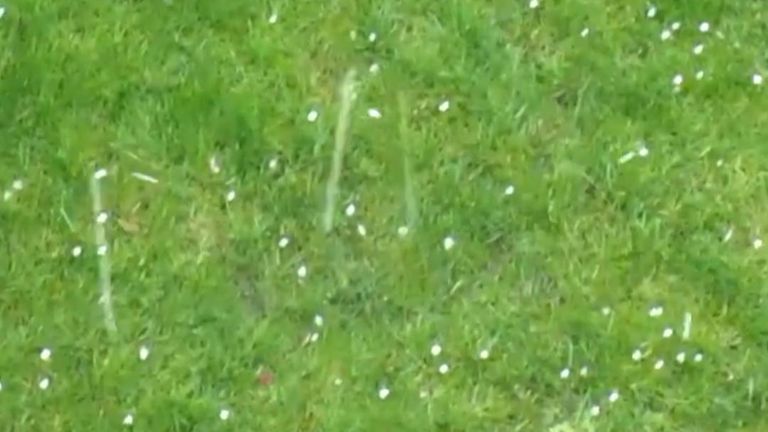 Ms Maxey said more snow and hail could be expected on Friday, but temperatures will rise at the weekend when a cold air mass is nudged out of the way by a warmer system from the Atlantic.

But Ms Maxey said the weather will be “giving with one hand and taking with the other”, as this system will bring wind and rain on Saturday.

“At the weekend we’ve got one of these low pressure systems coming in which pushes the high pressure out of the way and allows the temperatures to rise a bit but brings some wet and windy weather,” Ms Maxey said.

“It pushes in from the South West on Saturday morning and by Saturday evening it will have reached as far as the north of Scotland.

“You will see temperatures pushing up a bit then and returning more to normal with the South East potentially seeing temperatures as high as 20C just for Saturday.

“But we’ll see some rain and breezy conditions and some of that rain could be quite heavy.” The upside is that more snow will find it even harder to settle as the ground warms up.

Ms Maxey added: “Temperatures are rising during the day and, even if they’re not rising to what we expect in April and May, they are warm enough to melt snow.”