Heavy snow has fallen across large swathes of the UK as four vaccination centres were forced to close due to the severe weather.

The Met Office has issued snow and ice warnings as the flakes fell thick and fast in parts of England, Scotland, Wales and Northern Ireland on Sunday, with even London getting a rare dusting.

Some parts of England could see 15cm (6in) of snow by the end of the day, forecasters said, with Coleshill in the Midlands already recording 9cm (3.5in). In the far north of Scotland, 17cm (6.7in) of snow was recorded, while the hashtag “Narnia” was trending on social media as people shared images of their snowy neighbourhoods.

Four vaccination centres were forced to close in South Wales due to the adverse weather.

The centres in Bridgend, the Rhondda, Abercynon and Merthyr Tydfil were shut on Sunday “for safety reasons”, Cwm Taf Morgannwg University Health Board said.

People with appointments had been contacted to bring forward their jab or reschedule it, the health board added. Highways England said the snow had caused collisions on the M3, M27 and M25 and urged drivers to only travel if absolutely necessary.

Leicestershire Police said a “five car accident in the snow” had closed part of the M1 at junction 22 and warned “conditions are treacherous”.

In Devon, a gritter vehicle overturned in Dartmoor as the council warned of a “significant risk of ice on untreated and treated roads”.

The A148 at Hillington in Norfolk was closed after a lorry jack-knifed due to the icy road conditions, police said. Disruptions caused by snow were likely to continue throughout Sunday, according to the Met Office.

It said: “Outbreaks of snow will continue over parts of north Wales, the Midlands, East Anglia and south east England with some further significant accumulations causing disruption.

“Wintry showers will also affect western parts with local temporary accumulations and a risk of ice.” 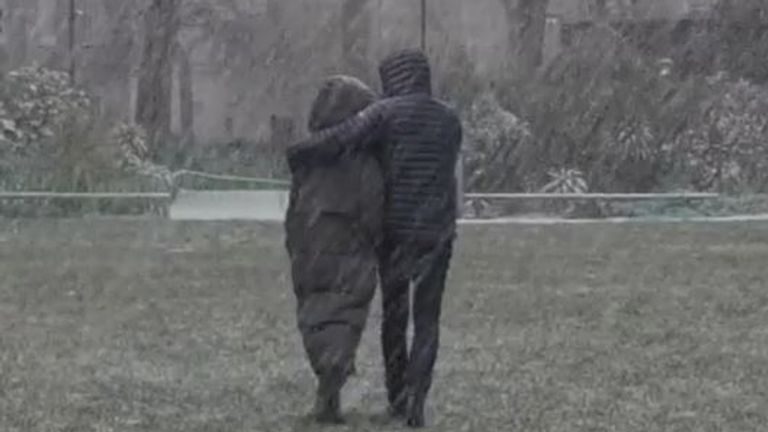 Yellow weather warnings for snow and ice were issued for London and the South East, Northern Ireland and northern and western areas of Scotland.

The Met Office said those areas should expect possible travel disruption and “some injuries from slips and falls on icy surfaces”.

There was also warning for snow across Wales, central England, East Anglia and parts of the south. 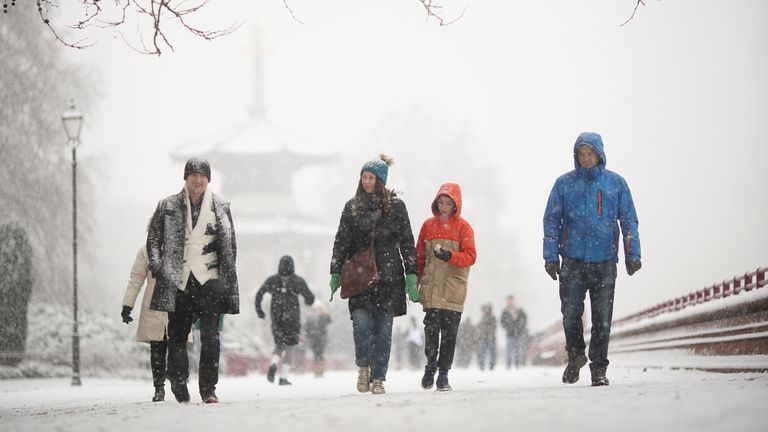 Forecasters have told people in those areas that power cuts may occur and rural communities could become cut off.

An ice warning is also in place for the South West. 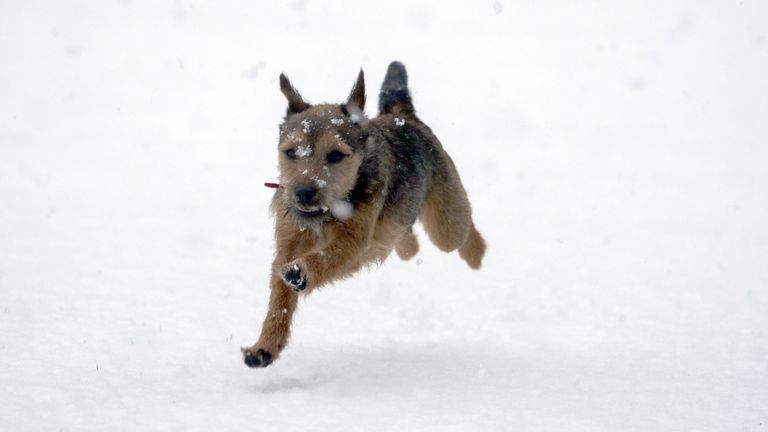 Further ice warnings have been issued for Monday morning across Wales, Northern Ireland, the whole of the south of England, as well as the Midlands, East Anglia and the North West.

There is also a weather warning snow and ice on Monday for western and northern parts of Scotland.

The showers of sleet and snow are expected to die out, with a heavy frost due across most parts of the country on Sunday evening.

The wintry showers will continue in north and western parts of the UK.