Yesterday Alex Burkill of the Met Office said conditions expected later on could “quite easily make it the coldest night of the year so far”. He said: “It’s a significant amount of snow, especially this early in December. The snowiest months are usually a bit later into winter, January and February.” The Met Office issued a yellow ice warning for the South-east today and said persistent rain may lead to travel disruption in northern and eastern Scotland, including Inverness, Aberdeen, Perth and Edinburgh.

Meanwhile, icy patches formed overnight could cause injuries from slips and falls as people head out today, the Met Office warned.

Experts forecast brighter weather and even some sunshine next week. But temperatures at the start of the week may still be lower than the average for the time of year, which is usually around 7C to 9C.

Met Office deputy chief meteorologist Dan Harris said: “It will stay cold into the weekend with rain, showers and hill snow continuing across many areas, along with over- night frosts. We could also see some stubborn areas of freezing fog develop more widely, which at this time of year can persist all day.

“However it’s not all doom and gloom as there’s likely to be an increased chance of dry, bright and perhaps even sunny weather on offer as the weekend progresses.”

Yesterday’s severe weather began when thousands in Edinburgh were woken at 4am by explosions of thundersnow – a rare phenomenon caused by thunder and lightning combined with snow. 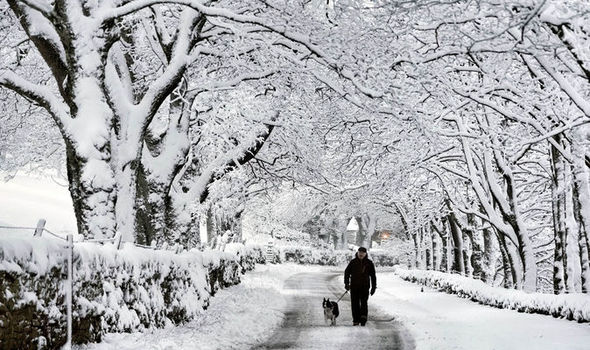 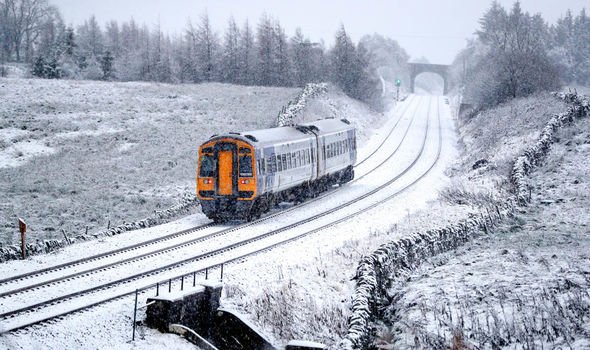 Terrified people said it sounded like a bomb going off or “a sonic boom”.

An hour later Police Scotland tweeted: “Please do not be alarmed, we are currently experiencing thunder and lightning.”

One reason for the thundersnow was the autumn’s coldest night so far, with -9.6C recorded at Altnaharra in the Highlands.

The coldest night of the year so far was -10.2C, recorded at Braemar, Aberdeenshire, on February 13.

Yesterday astonished people in Kent and Suffolk got out of bed to see polar landscapes as the sun rose. 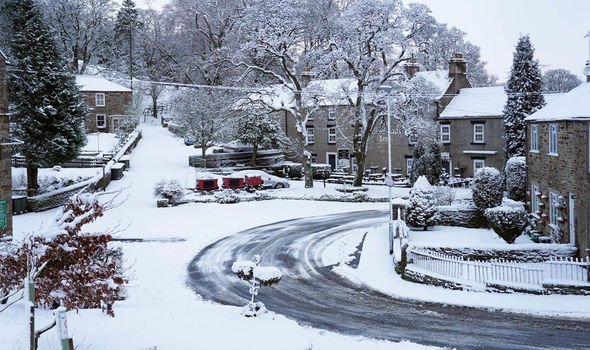 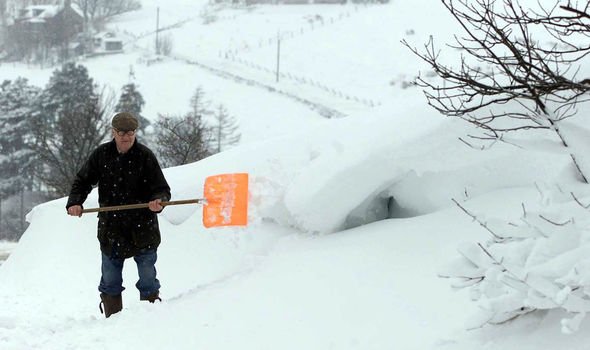 The Met Office said wet snow fell across parts of Kent, which spread northwards with some snow over the Wealds and Downs of the South-east.

Further north in Bradford, motorists were forced to dig their cars out of snowdrifts before braving the icy roads. The wintry chill extended into London, where the mercury plunged to lows of 3C during the day yesterday – but it would have felt more like zero.

People have already complained of chaos on the roads as cars crawl along icy, gritted routes.

The Queensferry Crossing was closed to vehicles in both directions because of weather hazards, including falling ice and snow, and ScotRail has warned of “significant disruption to services on multiple routes”. 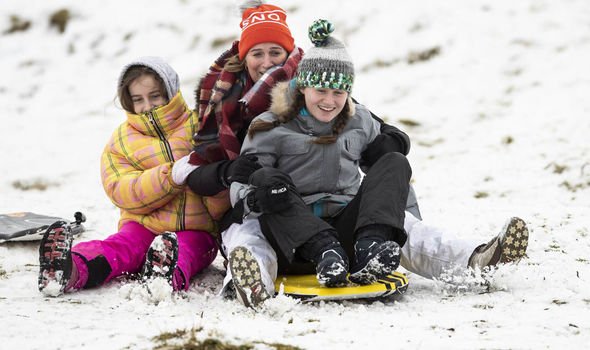 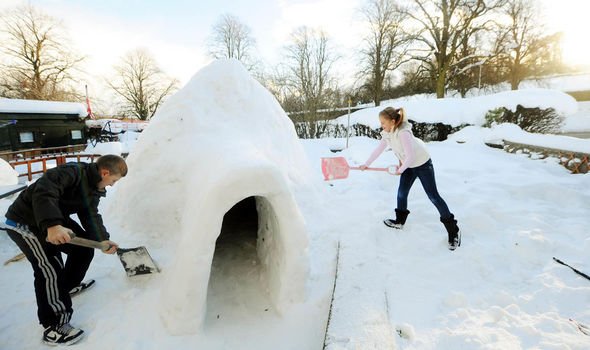 Meanwhile, police in the North-east alerted people to dangerous conditions on the A93 and the B993 roads.

But the chaos was not just caused by snow and ice. Some homeowners in south Essex woke up to find themselves swamped by floodwater.

Despite the disruption Essex Police managed to see the funny side.

The force shared a photo of one of their officers patrolling the roads, with a caption echoing the Christmas song Let It Snow as they quipped: “The weather outside is frightful!”