The UK could see record-breaking temperatures on Friday – with forecasters warning it could be the hottest day of the year so far.

Temperatures are set to rise above 37C (98.6F) in London and the South East today, with the stifling heat expected to continue through Saturday and Sunday.

It could be even hotter than last Friday, when the UK recorded the third-highest UK temperature on record: 37.8C (100F) at London Heathrow. 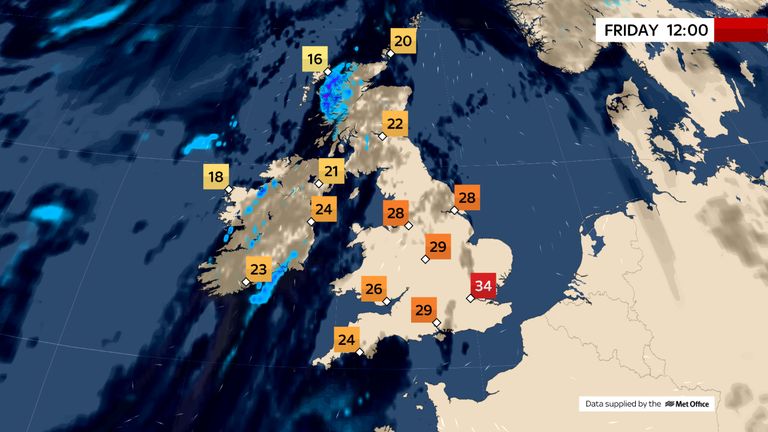 Southern and eastern parts of England are set to be the hottest, the Met Office said.

Public Health England (PHE) has warned people not to underestimate the three-day heatwave after a few cooler days this week and not to get “caught out” by blistering conditions.

Its level three heat health alert is warning people, particularly the elderly, not to let their homes overheat and to keep windows and curtains closed.

A level three warning is triggered when there is a 90% chance of heat-related health problems, with the current one in place until 9am on Sunday.

Grahame Madge, a Met Office spokesman, said: “Everyone needs to be careful during this heatwave, especially on Friday, where we are going to see a dramatic rise in temperature in some parts, exceeding the heatwave threshold.

“After a slightly cooler week, people should make sure they aren’t caught out. If you need to travel, keep hydrated and apply sunscreen; the chance of sunburn and dehydration will be much higher.”

The threshold for a heatwave is three days of temperatures over 25C (77F) across most of the nation and 28C (82.4F) in London. 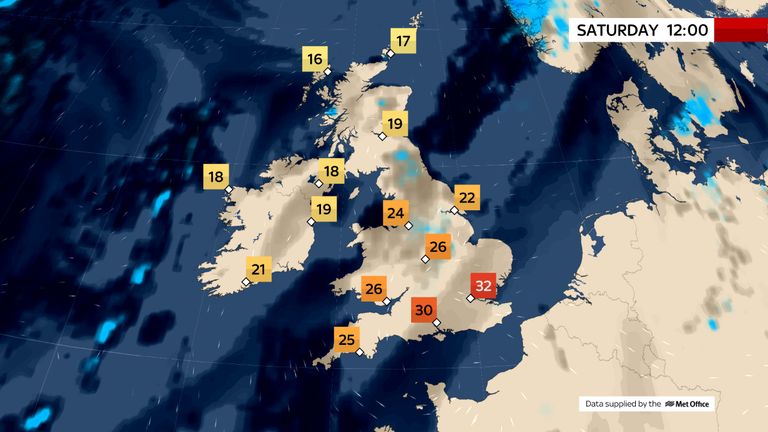 Britons are expected to flock to beaches again after the coastguard reported its busiest day in more than four years on 31 July – with more than 300 incidents.

Public health bosses fear another day of packed beaches up and down the country could see further spikes in coronavirus cases – amid concerns infections are on the rise again.

Motorists looking to travel to seaside locations have been urged to ensure their car cooling systems are filled to the correct level, to look at the coolant date and to not overload their vehicle with luggage.

About 127,000 breakdowns are expected to occur between Friday and Wednesday – the equivalent of 15 breakdowns every minute – according to experts Green Flag.