Heavy rain and winds could damage homes, cut power and cause flooding in parts of the UK over the next few days, according to the Met Office.

Mountains in northwest Wales and Cumbria are set to be the worst hit by weather warnings, with more than 100mm of rain forecast.

The Met Office urged everyone to get their “coats and boots at the ready” for wet and windy weather, issuing several yellow warnings for rain through to Sunday. 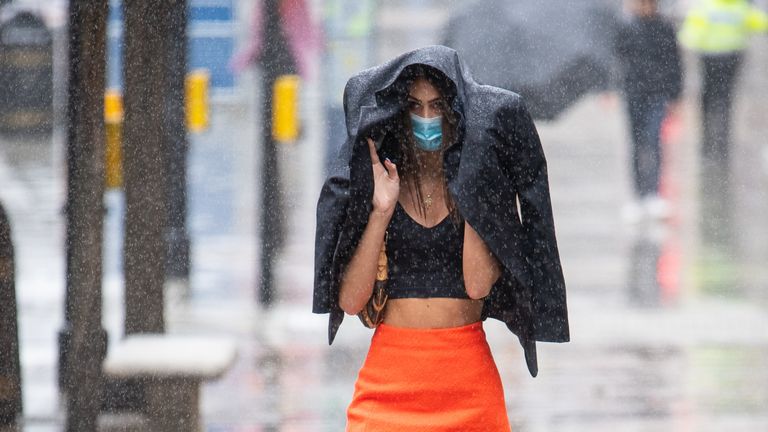 Two Atlantic low pressure systems will track to the northwest of the UK over the weekend, and the fallout of ex-Hurricane Zeta will likely bring more heavy downpours and strong winds on Sunday.

He added: “Over the weekend… heavy rain and strong winds are expected to bring disruption and risk of flooding to some areas.”

The first weather alert, which lasts to 11.59pm on Friday, warns of potential damage to homes and businesses, travel cancellations and power cuts – particularly in northwest Wales and Cumbria.

Elsewhere in the warning zone – covering parts of northwest England, Wales, the West Midlands, Yorkshire and Humber – higher ground could see strong winds and 50mm to 80mm of rain.

Between 25mm and 40mm could fall at lower levels. 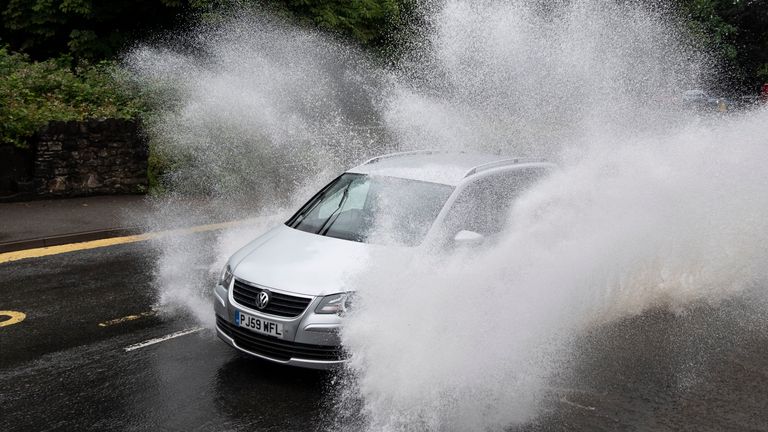 Another warning, lasting until Saturday, forecasts a risk of flooding due to bouts of heavy downpour to hit southern, central and western Scotland.

That warning is also for some of Wales, northwest England, Yorkshire and Humber.

Hills and mountains, particularly in northwest Wales, could see 80mm to 100mm of rain, while 40mm to 60mm could fall elsewhere on high ground.

The final warning, covering most of Sunday, says “periods of heavy rain” are forecast in Wales and northwest England – and possible further floods.

Deputy chief meteorologist Martin Young said Saturday will be “very wet and windy for many northern and western parts of the country as low pressure sweeps northeastwards past northwest Britain”.

“Another system quickly follows on Sunday that contains the remnants of ex-Hurricane Zeta, bringing further heavy rain and strong winds,” he said.

This is adding to an already “wet October,” he said, which increases a risk of flooding.

Gary White, duty tactical manager for Natural Resources Wales, said flooding is “likely” up and down the country in the next few days.

“Our emergency response workers will be at key sites checking defences are in good working order and making sure any drainage grids and screens are clear to reduce the risk to people and their homes,” he said.