A woman who died after being caught in floodwater has been named as a former High Sheriff of Derbyshire, as authorities have told 700 people to evacuate their homes near Doncaster.

Annie Hall was swept away by the River Derwent in Darley Dale, near Matlock. Emergency services were called in the early hours of Friday, and her body was found further downstream a short time later.

Flooding across Derbyshire and South Yorkshire has caused the evacuation of the village of Fishlake, around 50 miles north of Matlock near Doncaster.

The village’s 700 residents have been “pretty much cut off”, according to a spokesperson for Doncaster Council. 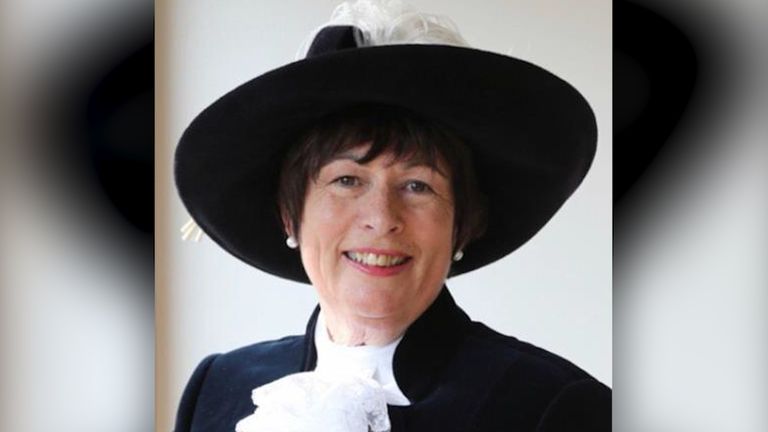 “There are about 700 people in Fishlake and we have advised they should evacuate. We have been working with the Fire and Rescue to help do this,” the spokesperson continued.

The council has set up a rest centre for residents who don’t have family or friends to stay with.

Mrs Hall’s family say they are “in great shock and grieving”.

In South Yorkshire, the fire and rescue service said it had made almost 200 rescues across the county since heavy downpours started to cause flooding on Thursday. There remains a “danger to life” in parts of South Yorkshire, with seven severe flood warnings in place – all of them on the River Don, in and around Doncaster.

There are also 54 flood warnings, covering rivers including the Trent, the Dearne, the Derwent, the Ryton and the Rother.

Snow has fallen in parts of Wales and is expected in southwest Scotland and Cumbria.

Another one in England, running from Oxford down to Brighton and Portsmouth, continues until the end of the day.

But the areas worst affected by torrential rain in the last day or two should avoid further downfalls on Saturday. 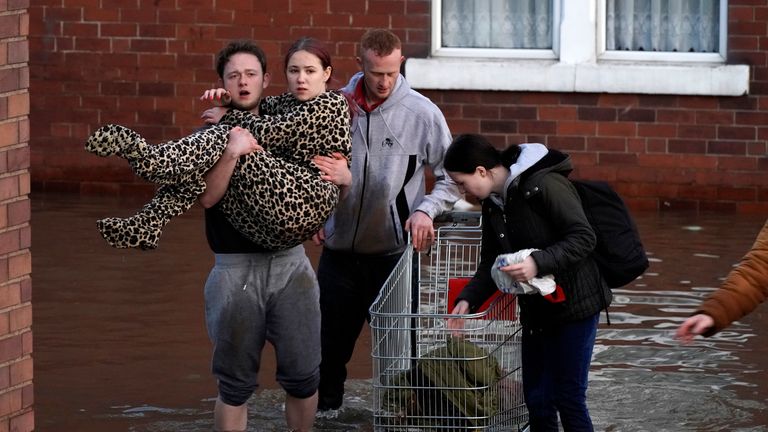 Annie Hall was Derbyshire’s High Sheriff in 2017, during which time she “struck up a close bond” with Chief Constable Peter Goodman, the local force said.

Mr Goodman said he was “shocked and deeply saddened by the untimely and tragic death of my friend”.

He added: “Annie was a great leader in Derbyshire in both industry and on the civic front. She will be hugely missed.”

During a visit to Leeds on Saturday, Labour leader Jeremy Corbyn said the UK needed “much better flood management and prevention schemes”. 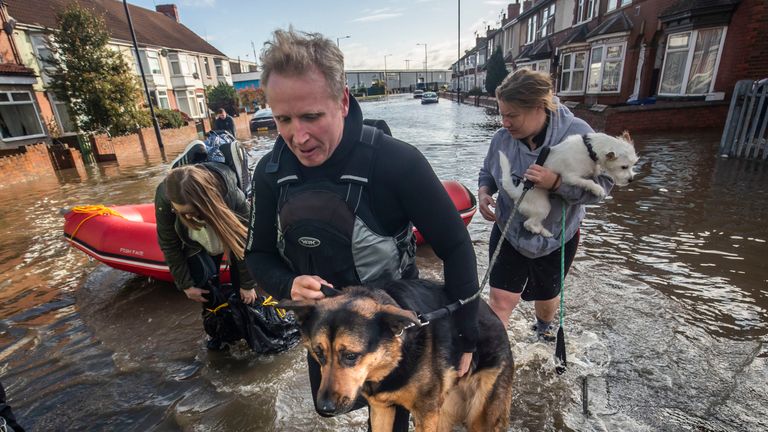 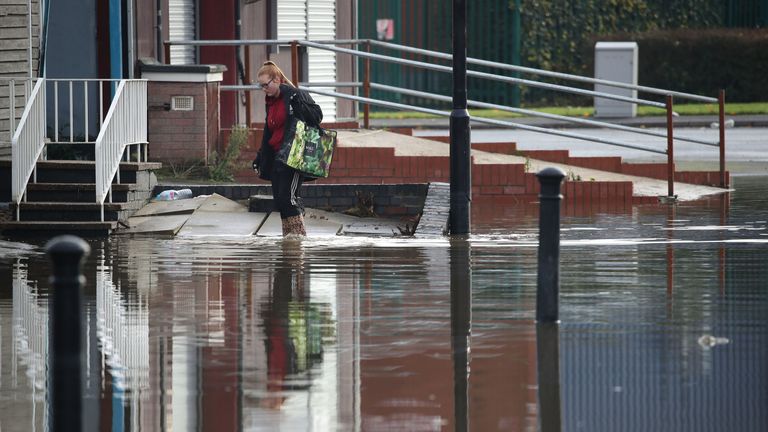 “The Environment Agency has lost a fifth of its staff, the fire services have lost more than a fifth of their staff. They’re struggling to cope with this.”

Boris Johnson has said the flooding does not amount to a “national emergency”.

The prime minister visited the flood-hit town of Matlock in Derbyshire on Friday – close to where Mrs Hall died.

He thanked members of the emergency services and said the government had allocated £2.6bn for a “huge programme of flood defences and flood preparation”.