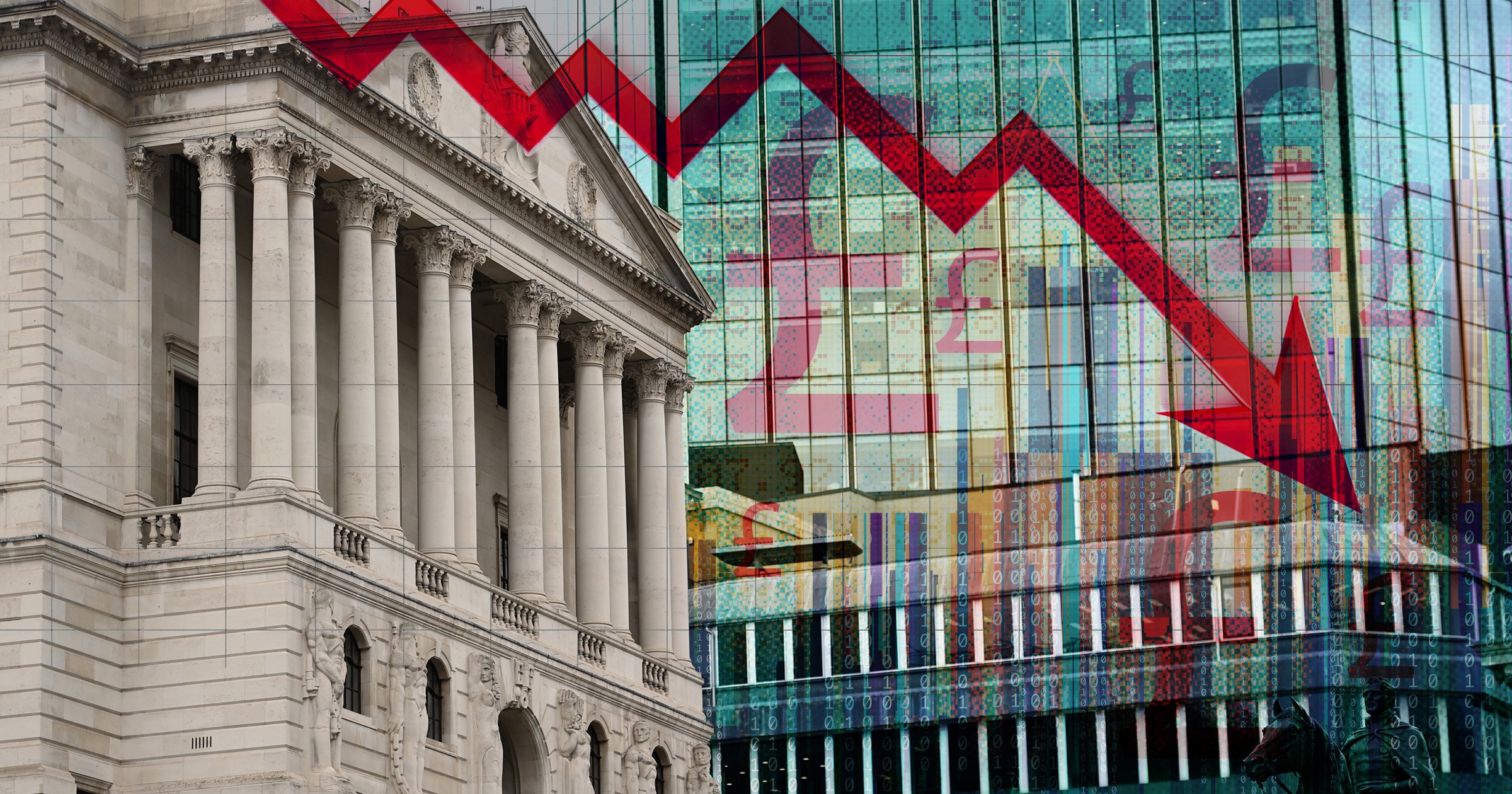 The UK will enter five consecutive quarters of recession with gross domestic product falling as much as 2.1%, the Bank of England has said.

Rising energy prices, spiralling costs at the pump and fall-out from the war in Russia has all had major impacts on the country’s economy.

The Bank’s Monetary Policy Committee said: ‘The United Kingdom is now projected to enter recession from the fourth quarter of this year.

‘Real household post-tax income is projected to fall sharply in 2022 and 2023, while consumption growth turns negative.’

Following the recession prediction, shadow chancellor Rachel Reeves has said it is ‘further proof that the Conservatives have lost control of the economy’.

She added: ‘As families and pensioners worry about how they’re going to pay their bills, the Tory leadership candidates are touring the country announcing unworkable policies that will do nothing to help people get through this crisis.’

Consumer Prices Index inflation will reach 13.3% in October, the highest for more than 42 years, if regulator Ofgem hikes the price cap on energy bills to around £3,450, forecasters said.

People in the UK have already been warned they face a ‘very challenging winter ahead’, with many already struggling to pay bills.

Some also face choosing between food and heating when the cold weather sets in.

The dire economic conditions will now see real household incomes drop for two years in a row, the first time this has happened since records began in the 1960s. They will drop by 1.5% this year and 2.25% next.

However, the recession will at least be shallower than the 2008 crash, with GDP dropping up to 2.1% from its highest point.

What is a recession?

A recession is typically defined as when a country’s GDP falls for two three-month periods – or financial quarters – in a row, which will soon happen in the UK.

It is declared when the economy experiences negative gross domestic product (GDP).

This is effectively how much the nation is buying and producing, so reduced consumer spending is taken into account.

It is also linked to increased unemployment figures, stock markets declining or crashing and stagnant wages.

While recessions can last weeks, months or years, the effects of one are often felt for far longer. And, there is no limit to how long one can go on for.

If a recession carries on for a long time, it turns into a Depression.

A depression is commonly defined as a recession that either lasts three or more years, or which leads to a decline in GDP of at least 10%.

Bank officials said that the depth of the drop is more comparable to the recession in the early 1990s.

The Bank said that it expects inflation to come back under control in 2023, dropping below 2% towards the end of the year.

For many, ramifications of the country’s last major economic crash are still felt.

In 2009, the country’s financial sector had teetered on the brink of collapse amid major bankruptcies.

An official recession had been declared on January 23.

At the height of the 2009 recession, GDP fell by. 2.6% in a single quarter – the same percentage by which the economy expanded during the whole of 2007.

The UK economy’s would take five years to get back to the size it was before the recession.