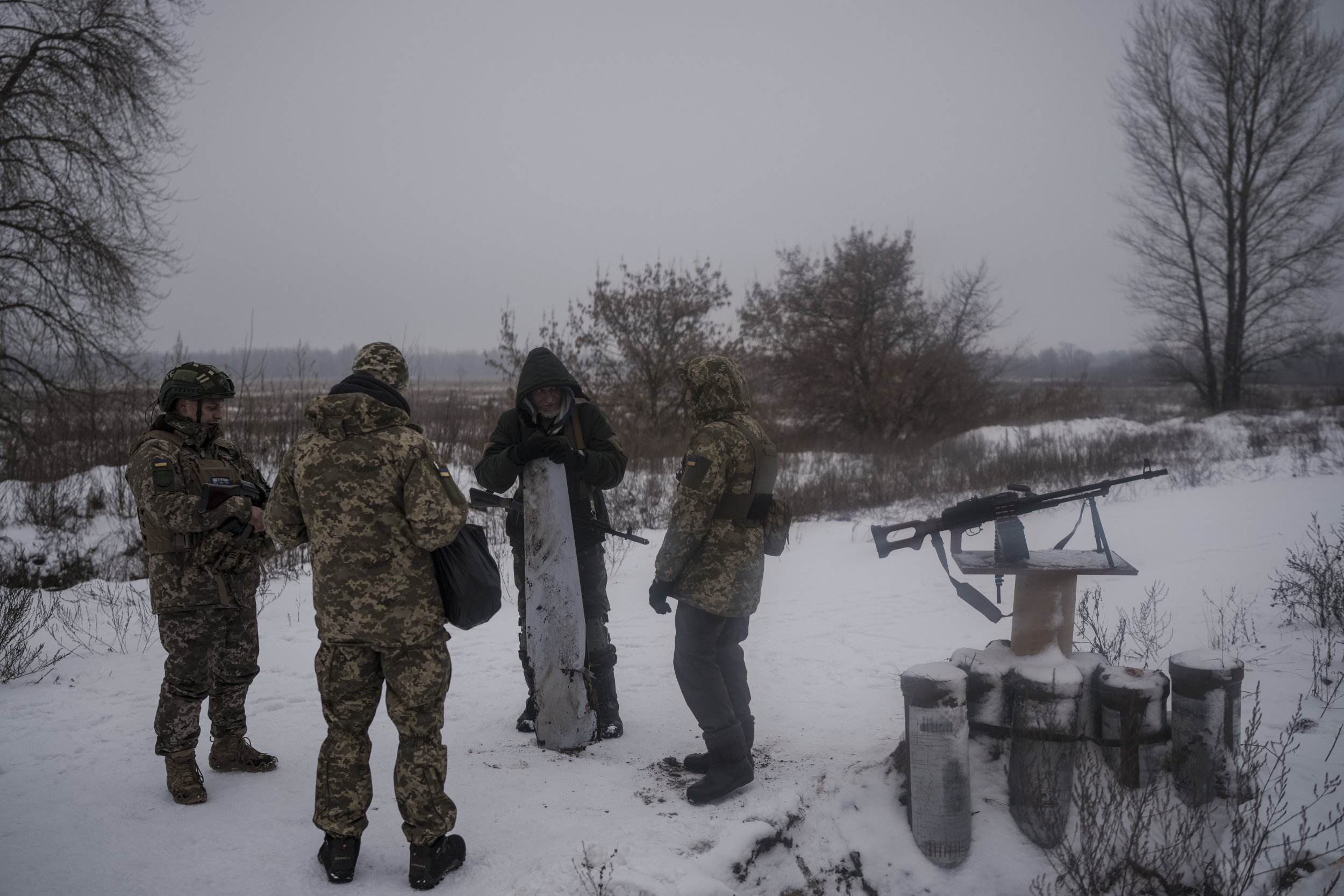 A Ukrainian soldier managed to shoot down a Russian cruise missile en route to Kyiv with nothing but a machine gun.

Russia launched one of its biggest barrages yet against Ukraine this week, hitting several major cities and wiping out large swathes of its power grid.

But in a small suburb just outside of Kyiv, a Ukrainian Territorial Defence volunteer nicknamed ‘Kipesh’ spotted a missile flying overhead and blasted it with a mounted machine gun, sending sparks flying off the rocket before it crashed into a nearby field.

The remnants of the mangled missile were later found smouldering in a heap and the young soldier was pictured clutching what looked like the wing of a cruise missile.

‘When he fired, green sparks went off [the missile]. It started to spin, tilted on its tail and tumbled down,’ a fellow soldier told local outlet Obozrevatel.

The unit’s commander, who identified himself as ‘Hera’ added: ‘It’s almost impossible to hit a missile with a machine gun but it was done.’

Earlier in the year, a Ukrainian pensioner managed to make similar headlines when he appeared to shoot down a Russian fighter plane using nothing but an antique rifle.

Valeriy Fedorovych is said to have fired at the £74 million Su-34 with as it flew over his home, and was awarded a medal for his million-to-one shot.

Russia’s latest wave of shelling is believed to be one of its biggest yet, with the invaders launching 76 missiles at civilian targets across the country and hitting at least four major cities.

Kyiv officials said around 40 missiles had been fired at the capital alone.

It’s believed 37 of those missiles were brought down by air defences, including the one hit by Kipesh’s lucky shot.

In the central city of Kryvyi Rih, President Volodymyr Zelensky’s home town, a Russian missile hit a block of flats and buried the residents beneath a pile of rubble.

Three people were killed in the strike, and thirteen more including four children were injured in the blast, according to rescue teams.

Almost 600 miners also became trapped underground in Kryvyi Rih as missile strikes cut off electricity at the local coal mine.

Following the latest round of strikes, Ukraine’s national energy provider Ukrenergo said the power grid is now able to provide for less than 50 per cent of all customers, and will have to prioritise critical infrastructure such as hospitals and military bases over the civilian population.

Strikes on civilian infrastructure have increased in intensity since October, as part of a new Russian strategy to try to freeze Ukrainians into submission after a number of battlefield losses.

Yet Ukrainians continue to remain defiant in the face of danger, with the attacks only serving to strengthen their resolve.

‘No matter how many odious missiles the Russian terrorists launch, we will not be frightened or intimidated,” Oleskiy Reznikov, Ukraine’s defence minister, tweeted on Friday.

‘The Ukrainian army knows how to protect our skies.’