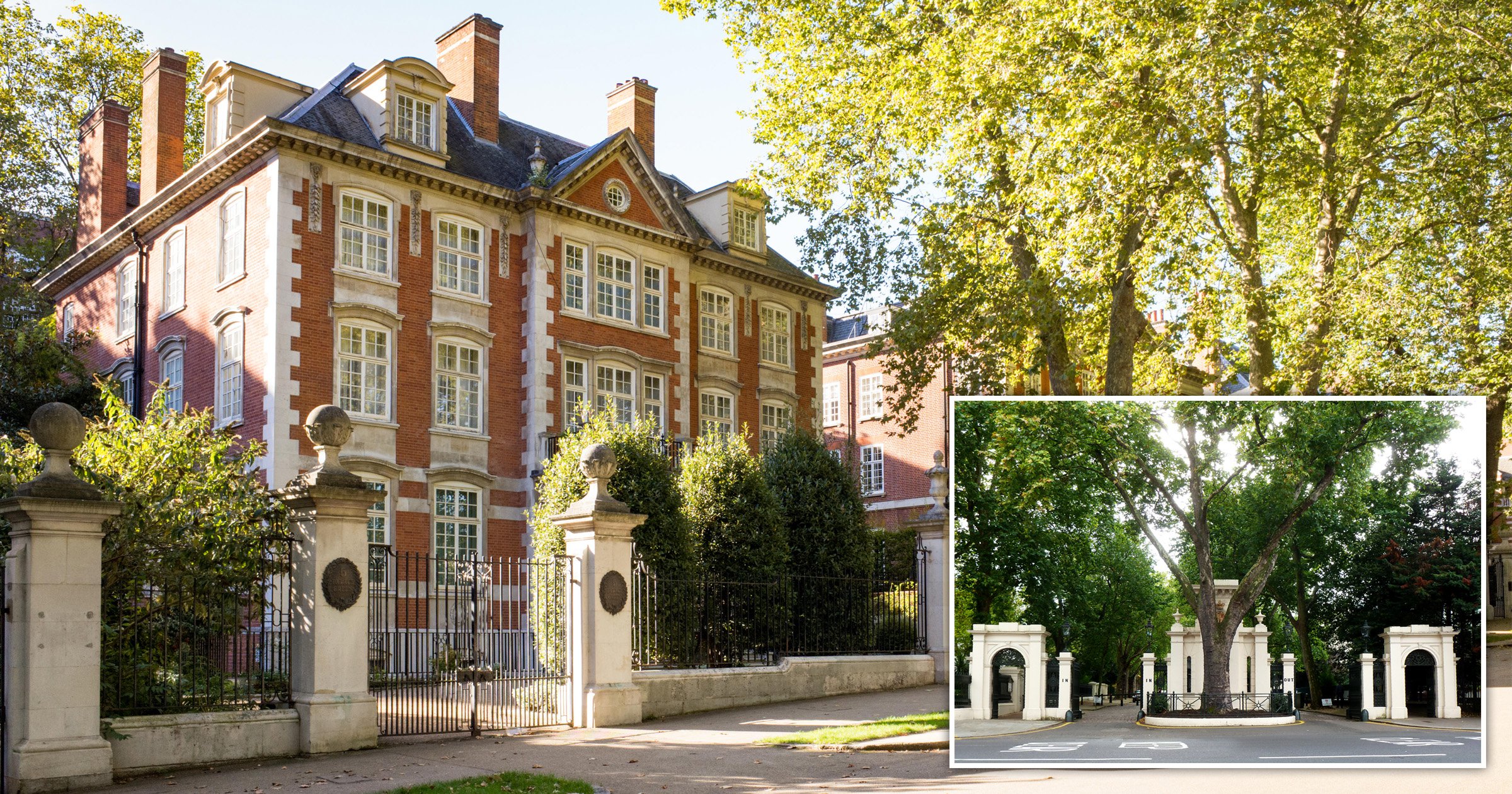 Welcome to Britain’s most expensive street, where a property costs more than 100 times the average UK house price.

London’s Kensington Palace Gardens is one of the most exclusive and pricey addresses in the world.

The tree-lined avenue is gated and guarded at each end and is home to some of the wealthiest individuals on the planet.

Among its inhabitants are F1 heiress Tamara Ecclestone and Chelsea football club owner Roman Abramovich, as well as a string of embassies.

By comparison, the average house price in the UK currently stands at around £265,668.

In at second is Courtenay Avenue, in Highgate, which is on the edge of leafy Hampstead Heath and just a stone’s throw from Kenwood House stately home.

Grosvenor Crescent in Belgravia, a short stroll from Buckingham Palace Gardens, ranks third with an average property price of £17,212,000.

Outside of London, Titlarks Hill in Ascot, Berkshire, is now the road with the heftiest house prices at almost £8.5 million, taking the crown from Montrose Gardens on the Crown Estate in Leatherhead, Surrey.

Five streets in the exclusive Surrey enclave of Virginia Water feature in the most expensive list outside of London, including Portnall Rise in third place – with an average property value of £6,408,000 – plus Woodlands Road East and Wentworth Drive.

The most exclusive street in the country

The ten most expensive streets in the UK:

The ten most expensive streets outside of London:

To put that into context, just nine are in Wales, 41 in the North East, and 55 in Yorkshire and The Humber.

Gráinne Gilmore, head of Research at Zoopla, said: ‘This data illustrates how the type and size of properties coupled with some of the most desirable locations around the country creates prime areas, resulting in these most valuable residential streets in the country.

‘London comes top among the UK’s prime markets, but the wider commuter zone in the South East is also home to some of the highest-value addresses, reflecting the size and type of housing stock in these regions.’