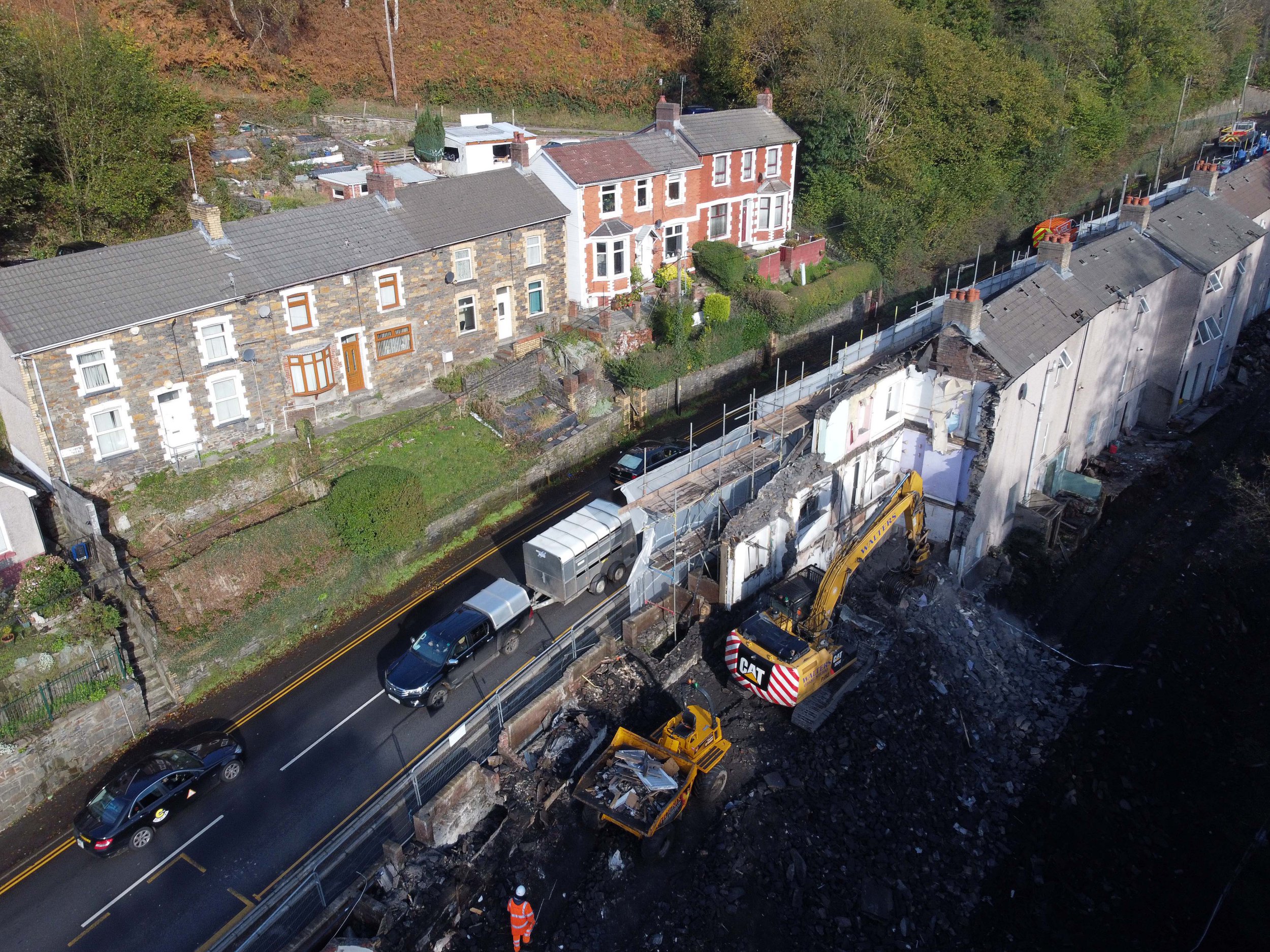 The UK’s most polluted street outside of London has finally been demolished.

The row of 23 terraced homes in South Wales were flattened because it was too dangerous to let people live there any longer.

Fumes from traffic going up a nearby hill had been choking locals with dangerous pollutants, putting their health at risk.

But now Woodside Terrace has vanished – with pictures showing all that remains of the once-bustling strip of family homes is an empty muddy bank next to a tree-filled mountainside.

The street in Crumlin had breached safety limits for nitrogen dioxide – and were the highest in the country apart from in central London.

Air pollution has been linked to a host of serious health problems, with the World Health Organisation suggesting some 4.2 million people die prematurely as a result of being exposed to outdoor pollution.

The WHO leader has previously compared breathing toxic air to drinking dirty water in an exclusive interview with Metro.co.uk.

But neighbours now say they become emotional when passing by the empty land.

Those living on the street were paid to leave by the Welsh Government when their houses were bought above market prices in a £6 million deal.

Families returned to the street to watch the work begin to tear down their homes in October.

Martin Brown, 74, lived there for 50 years with his wife Pat before moving out.

He said: ‘I don’t know how it has affected my health, but it’s worrying.

‘There are families who lived here, one in particular, a woman, told me her two children were having breathing problems. Is it linked? We don’t know.

‘I’ve got problems now with my eyes and I wonder if it is as a result of all of this.’

In a famous case, the death of asthmatic Londoner Ella Kissi-Debrah, nine, was ruled to be partly caused by air pollution.

Bob Stebbings who grew up in the Welsh street, said the demolition was the right move.

Now 77, he said: ’I’m very sad, it feels upsetting and I will feel sad not to see the house there anymore. But I know it needs to happen.

‘It always was a smoke trap this place. When I lived here it was all coal fires and in the morning, when everyone lit their fires, you could see the air was blue. It held in here.’

Traffic surveys revealed that up to 21,000 vehicles used the road every day while a canyon effect was created by polluted air trapped by the houses with nowhere to escape.

Meanwhile, an air pollution group in London is calling for people to take part in a consultation on environmental targets, in an effort to bring forward a commitment to bring in a target for some of the most dangerous types of pollution by 2040. 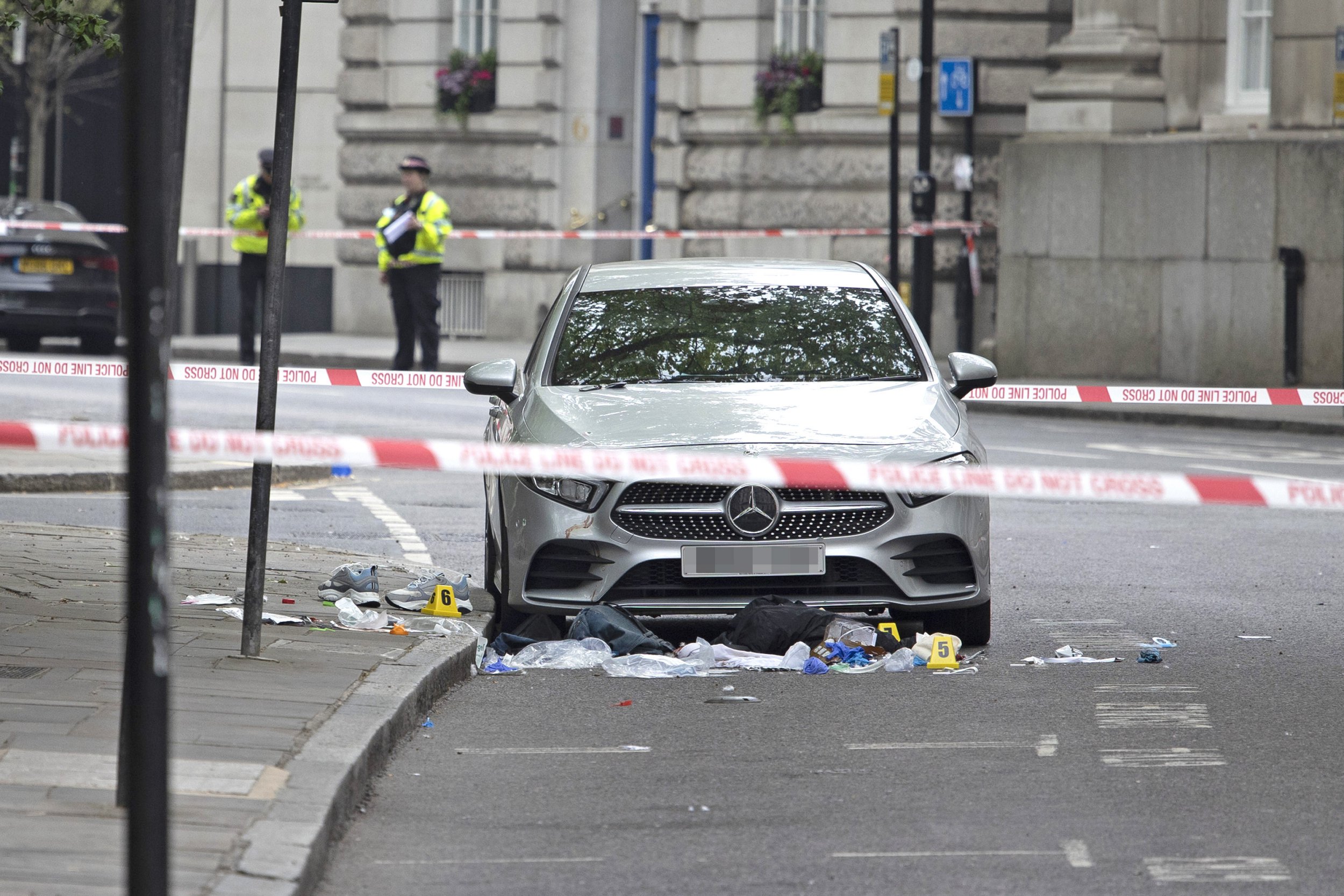 Mums for Lungs co-founder Jemima Hartshorn told supporters: ‘The Government is consulting on its proposal to enshrine a commitment to air pollution targets of 10mg/m3 of particulate matter (PM2.5) by 2040 – ie in 18 years.

‘This is incredibly disappointing and will cost the health of thousands or even millions of people across England.

‘PM2.5 is one of the most toxic pollutants, basically tiny bits of matter from all kinds of sources including woodburning and tyre wear that can cross our lungs and enter brains, placentas and other organs.’

She called for much stricter rules to be implemented.