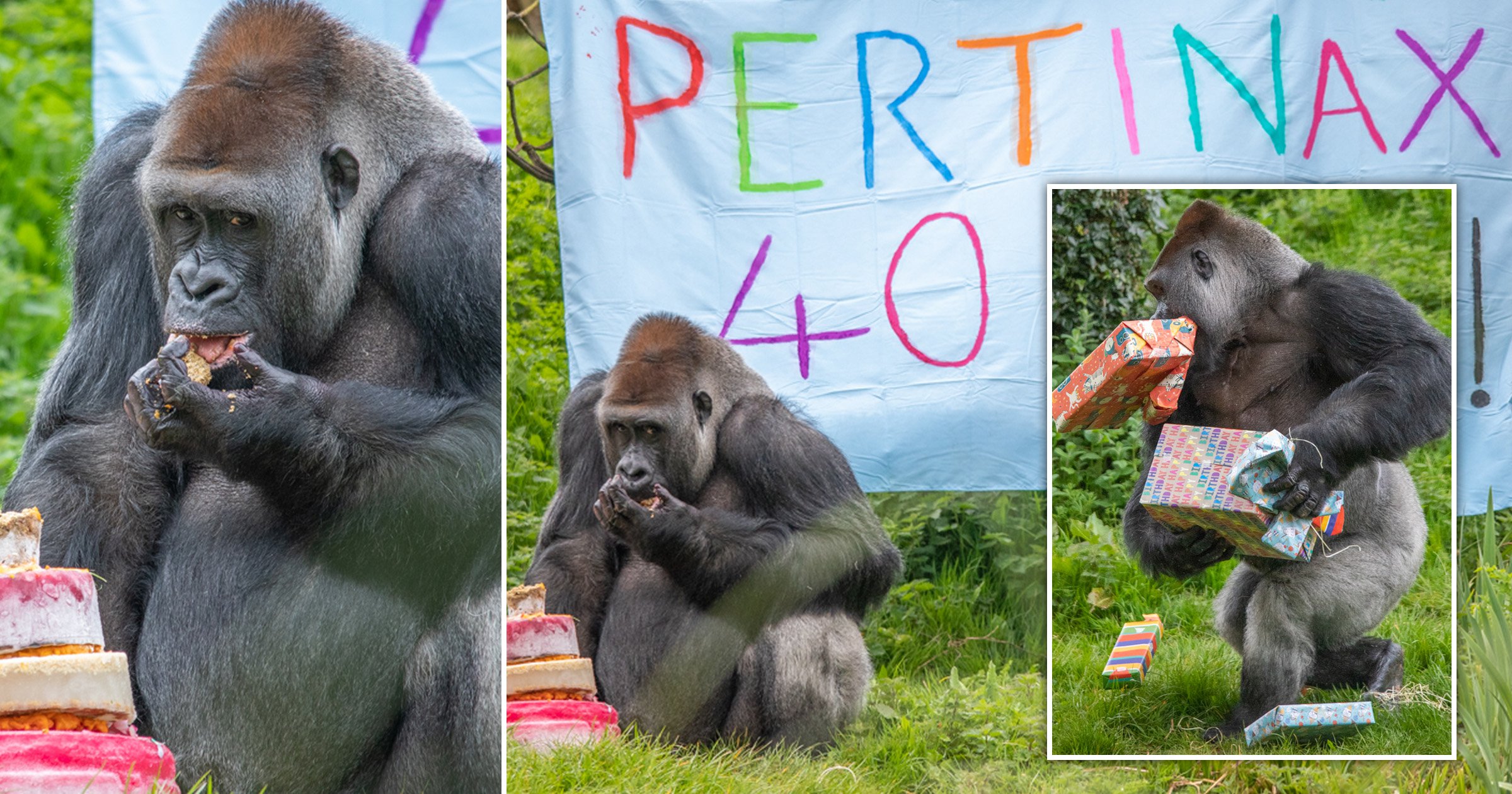 The oldest west lowland gorilla in the UK has celebrated his 40th birthday in style with a party, cake and a present for every year of his life.

Pertinax, lovingly known as ‘Pert’, arrived at Paignton Zoo, in April 1997 when he was just 15 years old.

He arrived in Devon from Cologne with another gorilla called Claus.

The duo were later joined by two more gorillas and the group became the first residents of the zoo’s then brand new ape centre, which was opened by the Duke of Edinburgh in 1998.

It assists the European breeding programme for the critically endangered apes by raising young males in a natural social setting until they’re needed in other zoos as breeding males.

Over the years, Pertinax has been a father figure to many of the young gorillas who have spent time at Paignton Zoo, bringing up a total of three different groups of males.

The current bachelor group, made up of teenagers N’Dowe, Kivu and Kiondo, came to the zoo as juveniles and were raised by Pertinax, who taught them the ways of the world and ‘gorilla etiquette’.

As the group has grown up, Pertinax has moved into ‘retirement’ reportedly in search of some peace away from the ruff and tumble of teenage gorilla life.

Settling into retired life Pertinax has formed a close bond with his keepers and likes to spend his time pottering about the island and relaxing.

Gemma Keohane, senior keeper at Paignton Zoo said: ‘Pertinax is an absolute dream to work with.

‘In his retirement his personality has really mellowed; he is much more relaxed and even plays with keepers, something that he never really did before.

‘He enjoys listening to music, especially when we sing to him! Working with Pert and the boys has been the highlight of my career.’

Not alone in celebrating a big birthday on Wednesday, Fatou, the world’s oldest captive gorilla who lives at Berlin Zoo turned 65 today.

Fatou arrived in Berlin in 1959, finding her way there after a sailor used the young gorilla as payment at a bar in the French port city of Marseille.

No one is exactly sure how old Fatou is but she is widely believed to be 65.

To mark her birthday, her keepers also treated her to a cake and picnic.