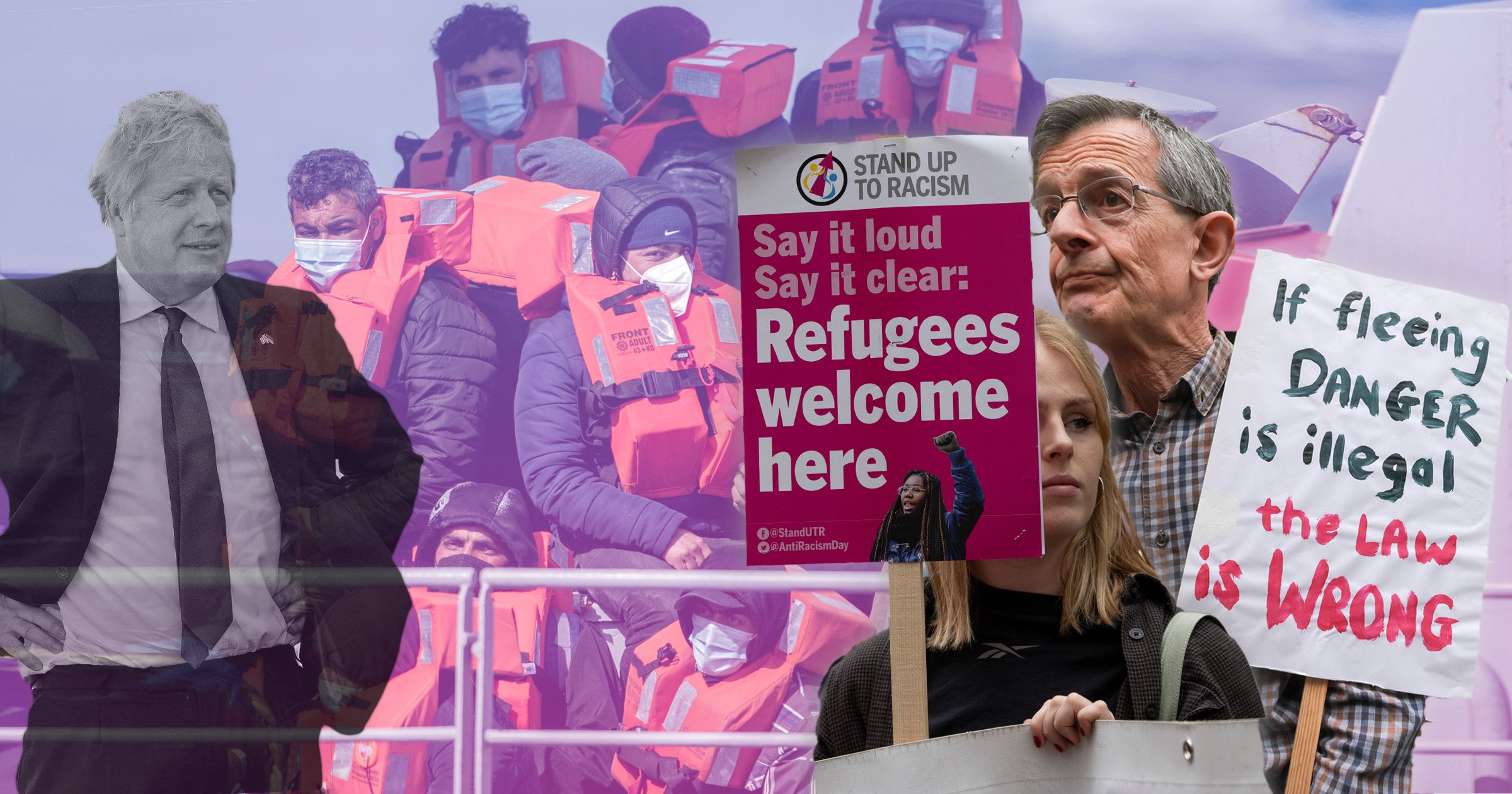 The UK’s proposal to send failed asylum seekers 4,000 miles away to Rwanda is an ‘unacceptable’ breach of international law, the UN’s refugee agency has said.

Earlier this week Boris Johnson outlined his plans to send off people who come to the UK illegally, including those who cross the English Channel in dinghies.

Refugee charities argue that criminalising people seeking refuge based on their method of arrival goes against the very principle of asylum.

Campaigners, politicians, civil servants and lawyers have called on the Prime Minister to scrap what they call ‘shamelessly cruel’ plans.

But the Government is set on drawing a distinction between legal and illegal routes as it seeks to crack down on traffickers running dangerous people smuggling operations.

Under the Government’s new plans, those deemed ‘illegal’ asylum seekers will be put on a one-way trip to Rwanda, and will have the right to apply to live there.

Speaking to BBC Radio 4’s World At One programme, the former Australian Human Rights Commission president said the policy was a ‘troubling development’.

She said this was particularly worrying, in light of countries taking in millions of Ukrainian refugees following Russia’s invasion.

Put to her that Australia had effectively deployed a similar tactic to cut migration numbers, Ms Triggs said: ‘My point is, just as the Australian policy is an egregious breach of international law and refugee law and human rights law, so too is this proposal by the United Kingdom Government.

‘It is very unusual, very few states have tried this, and the purpose is primarily deterrent – and it can be effective, I don’t think we’re denying that.

‘But what we’re saying at the UN refugee agency is that there are much more legally effective ways of achieving the same outcome.’

She said attempting to ‘shift responsibility’ for asylum seekers arriving in Britain was ‘really unacceptable’.

Ms Triggs pointed out that Israel had attempted to send Eritrean and Sudanese refugees to Rwanda, but that they ‘simply left the country and started the process all over again’.

‘In other words, it is not actually a long-term deterrent,’ she added. Tom Pursglove, minister for justice and tackling illegal migration, said that the policy was ‘in line’ with the UK’s legal obligations.

However, he accepted that it would be ‘difficult’ to implement the plan to remove asylum seekers to Rwanda, with the Government braced for legal challenges.

He told Times Radio: ‘We act in accordance with our international obligations, the ECHR (European Convention on Human Rights) and the refugee convention.

‘We are absolutely confident that our policies are in line with that and entirely compliant, which by extension would mean that those legal challenges would be without merit. But it will be difficult, there will be challenges.’

Mr Pursglove also suggested during broadcast interviews that other countries in Europe were considering emulating the UK’s Rwandan policy, which he described as a ‘world first’.

He said there was a ‘moral imperative’ to crush the business model of human traffickers and avoid a tragedy like that seen in November, when a dinghy sank in the English Channel, drowning dozens of people.

The minister told ITV’s Good Morning Britain it would be ‘cruel and inhumane’ to allow ‘evil criminal gangs’ to ‘take advantage of people, to take their money, to put them in small boats, often with force’.

‘We simply cannot allow that to happen, which is why we’ve introduced the new plan for immigration to stop these illegal journeys,’ he added.

Mr Pursglove also argued that in the ‘longer term’ the scheme would save Britain money, with almost £5million per day currently spent on accommodating those arriving in the country.

Former Tory international development secretary Andrew Mitchell questioned that, saying it would be cheaper to put those arriving in Britain up at The Ritz hotel in London’s Mayfair for a year.

Money for each removal is expected to follow, with reports suggesting each person sent to Rwanda is expected to set British taxpayers back between £20,000 and £30,000.

The Times said this would cover accommodation both before and after the journey, as well as the cost of a seat on the flight itself.

The Royal Navy has been put in charge of policing the Channel as part of the reform package announced this week, in a bid to curb the number of small boat crossings.

The department said it did not believe any migrants arrived ‘on their own terms in a small boat’ on Thursday, but on Good Friday women, children and single men were among hundreds of people brought ashore.

Naval ships were spotted towing empty dinghies used by people smugglers back to the UK after those on board were offloaded on to boats operated by Border Force.