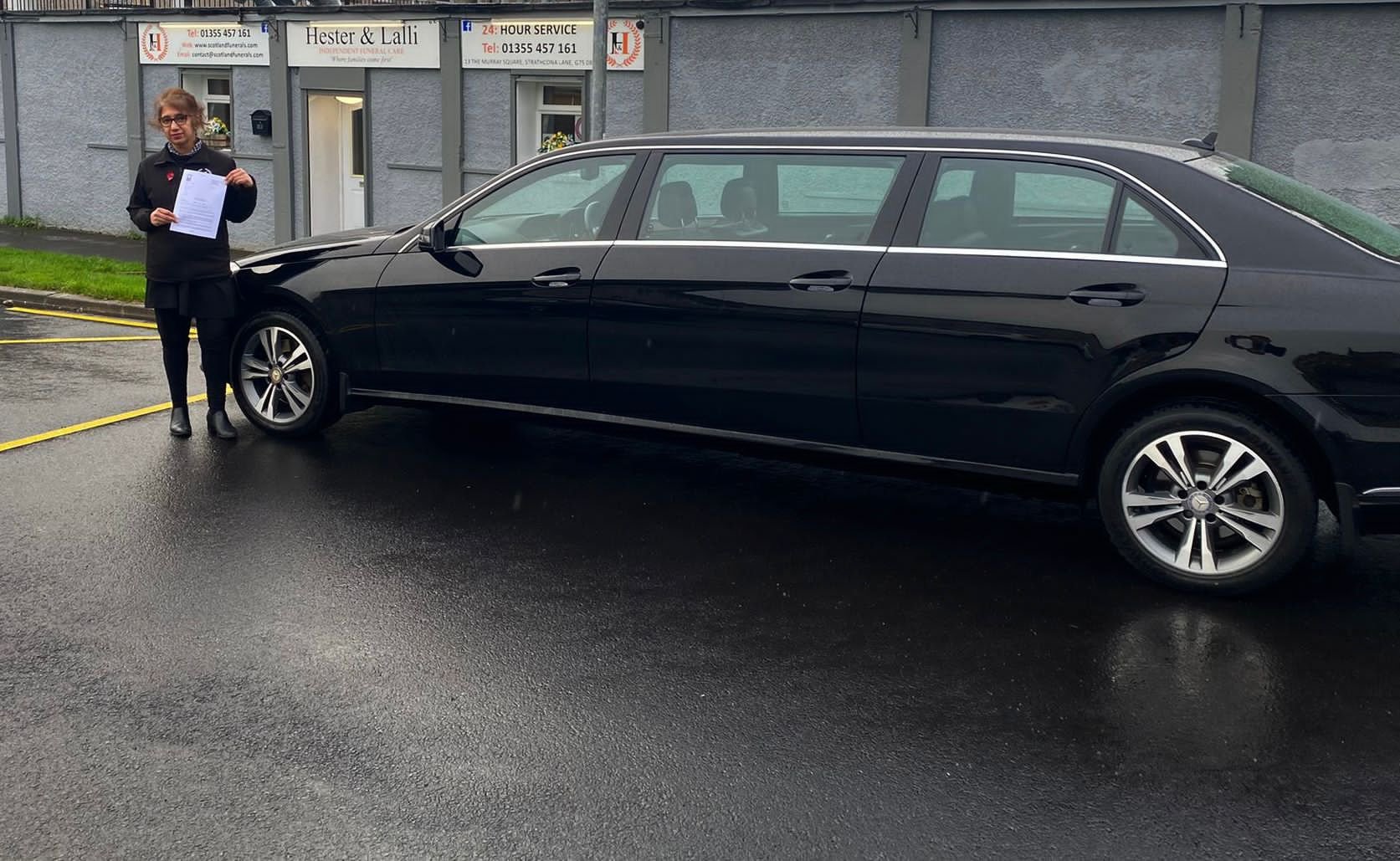 A funeral director was given a fine after dropping a bereaved family at the door of the wake when it was pouring with rain – and the council refused an appeal.

The limousine had to go into a bus lane to do so, or otherwise would have had to drop the family further away leaving them soaked by the time they arrived.

Hester and Lalli Independent Funeral Care, based in Glasgow, said they did the right thing but are angry the fine wasn’t waived in the circumstances.

Dee Lalli said: ‘Our funeral family limousine was taking a bereaved family to Argyle Street for the funeral purvey.

‘It was lashing with rain and knowing it was a bus lane, we still dropped the family off in front of the venue.

‘First of all, funeral family limousines, the purpose is to pick up from their door and take them to their final drop off point.

‘Secondly, the family are in mourning, it’s pelting down, why on earth would you drop them off at some corner from where they have to walk in the pouring rain to get to their destination?

‘This is a most distressing time for a family and it is our duty as funeral directors to look after the families in their time of need… not abandon them on some street because Glasgow City Council don’t deem our service important enough.’

The firm appealed the Bus Lane Enforcement Charge which they got for dropping the family outside the Grant Arms Pub on Argyle Street in the city centre last month.

But Hester and Lalli were recently notified that an appeal to waive the fine had been rejected by Glasgow City Council.

Dee went on to say: ‘We should not be fined for putting the bereaved families first, should we? At times we also have members of a family who have mobility issues. What do we do then?

‘We spoke about the incident to other funeral directors and another mentioned that the same thing had happened to him and his fine was waived.

‘I guess, we would normally just let it go, pay the fine but we have felt really strongly about this. Our purpose is to deliver a good service and look after families – whatever it takes.

‘Isn’t it about time Glasgow City Council had a heart and changed their petty rules regarding funeral cars and bus lanes?’

A spokesman for Glasgow City Council said: ‘The bus gate has been in operation for over three years and allows access for buses, taxis, private hire cars, bikes and goods vehicles.

‘As the driver appears to have ignored the road restrictions in this case, it is appropriate to apply the penalty charge notice.’