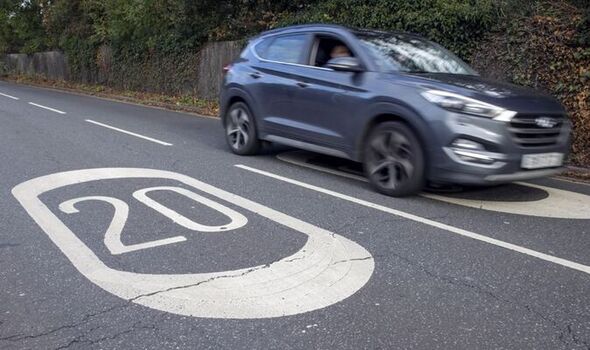 They face £130 penalties if they breach 20mph limits – but no points on their licences or safety courses.

It points out that the Met has used its fixed cameras and mobile patrols to police main roads, leaving suburban 20mph zones unenforced.

Wandsworth’s Labour leader Simon Hogg said: “Most of the complaints we receive are about driving too fast along quieter residential streets.”

But motorists fear they are soft targets with cash going to councils instead of the Treasury.

The AA said: “Speeding should not be treated like a parking ticket. And speeding enforcement should not become ‘fishing trips’ to secure money for councils.”

Joe Ventre, at the TaxPayer’s Alliance, said: “Drivers will be rightly concerned that speeding fines will be more about filling council coffers than keeping roads safe.”

He also raised the concern about the admin costs, adding: “Wandsworth Council must ensure they deliver a system which does not place any extra burden on local taxpayers.”

The council wants to roll out enforcement in other parts of the borough. Greg Wilson, founder of car insurance comparison platform site Quotezone, said: “Police forces have the skilled staff, road monitoring tools and experience that many councils are likely to lack in this area.

“There will almost certainly have a higher risk of the motorist successfully contesting the speeding ticket than might occur if an experienced police officer caught the offender.”

Fines paid in a fortnight will be cut to £65 and will be imposed several weeks after the launch. Wandsworth says it will plough back the cash into road safety initiatives in the borough.