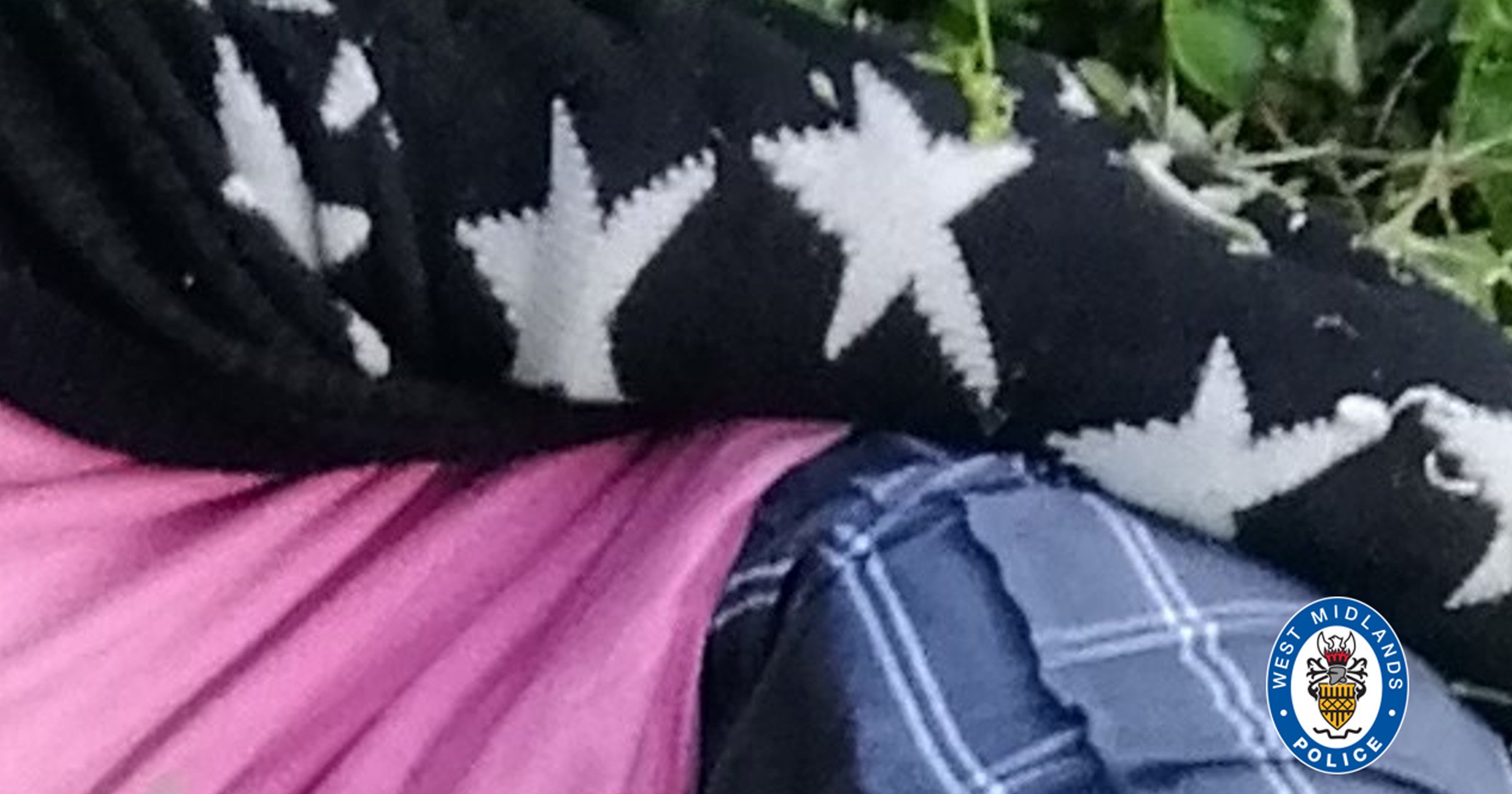 Police are looking for a woman after they were sent a picture of her lying unconscious in a bush.

The picture shows the woman in Burbury Park, Birmingham, but when they arrived she was no longer there.

They shared a partial image showing what appears to be a black cardigan with white stars on it, grey trousers and a pink v-neck top.

Police added that the woman was in her 20s or early 30s and was wearing black pumps but had no socks on.

She had long, dark brown hair with orange tips and also had a blue lanyard with white writing on it.

The image was taken at around 7.45am last Saturday and despite checks at the park and local hospitals, she still has not been found.

Police said on Twitter: ‘We still urgently need to find out who this woman is, after we were sent an image of her lying unconcious in a #Birmingham park. Do you recognise her clothing? We need to make sure she’s OK.’