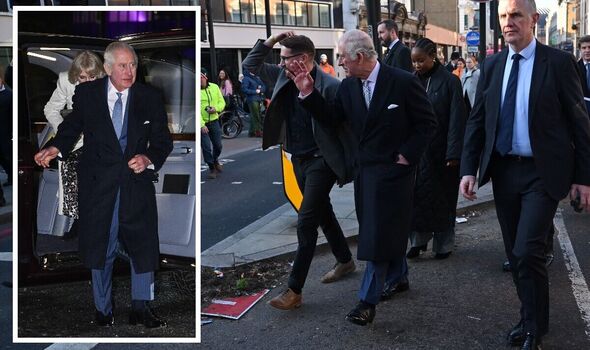 An urgent review of King Charles’ safety has reportedly been called by royal security chiefs ahead of his upcoming Christmas walkabout.

The security review comes following several recent incidents, including when the King found himself on the receiving end of protestors lobbing eggs.

Ahead of the King’s annual royal festive stroll at Sandringham, a source told the Mirror: “This isn’t just about individuals with eggs, everyone is extremely aware it could be far worse. A full-scale review is in place to make sure the right ­evacuation procedures are in place.”

The police’s Royal and VIP Executive Committee, responsible for security, reportedly met up to re-evaluate plans to ­evacuate the King and Camilla if they are targeted again in public, while palace ­officials are understood to have held ­emergency talks.

The King and Queen Consort will be greeting festive well-wishers on Christmas day at Sandringham Norfolk – but police and protection officers will be on high alert for any issues.

Charles was recently the target of egg-chucking activists during visits to York and Luton.

23-year-old Patrick Thurwell was arrested for throwing an egg at the King and Camilla during a visit to York in early November, during which they unveiled a statue of the late Queen.

He later claimed to have been banned from carrying eggs in public or going within 500 metres of the monarch, and will appear in York Magistrates’ Court on January 20, having been charged with a public order offence.

In a later, unrelated event, an egg was allegedly thrown at the King during a walkabout in Luton. Bedfordshire Police arrested a 28-year-old man, who they charged with a public order offence.