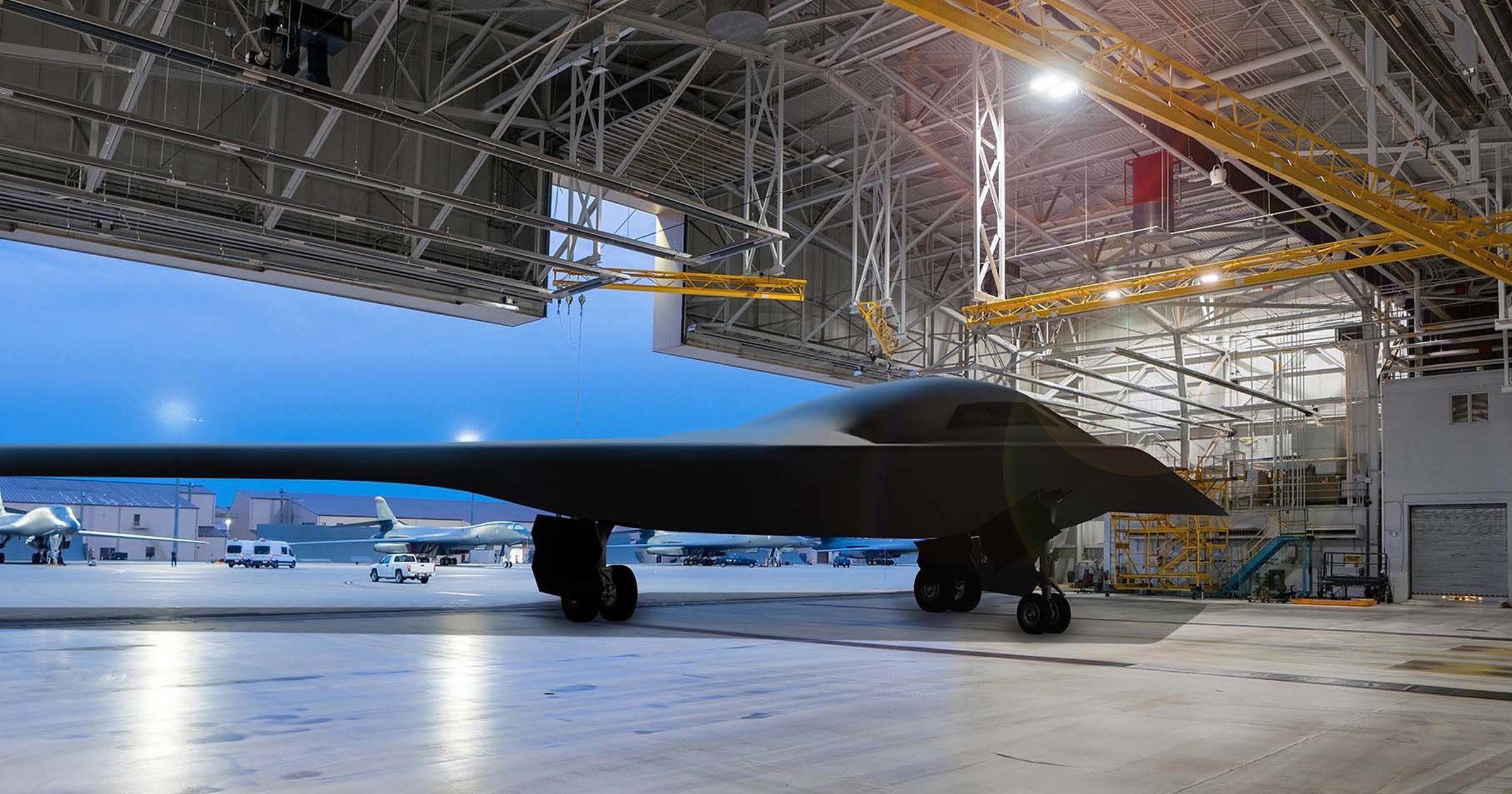 The US Air Force is planning to unveil a new generation of stealth bombers on Friday.

The B-21 was designed by military contractor Northrop Grumman and will gradually replace the military’s current stealth bombers, the B-1 and B-2.

Northrop Vice President Doug Young called the plane ‘the most advanced military aircraft ever built,’ and ‘a product of pioneering innovation and technological excellence.’

Six B-21 bombers are being built at a facility in Palmdale, California. They cost about $2billion per plane and are expected to be operational by early 2023.

Northrop is also promoting the B-21 as a ‘digital bomber,’ capable of using agile technology and cloud computing for faster and more flexible communication.

The older B-2 model was also designed by Northrop during the Cold War. It made its first official flight in 1989, and has been in use for over 30 years.

‘The unveiling of the B-21 Raider will be a historic moment for our Air Force and the nation,’ said General CQ Brown Jr, the Air Force’s chief of staff. ‘As we look to the threats posed by our pacing challenge; we must continue to rapidly modernize.’

The bomber was also named for an important landmark in US military history. Its ‘Raider’ nickname is derived from the 1942 Doolittle Raid, where Lieutenant Colonel James Doolittle lead a volunteer force of bombers for the first offensive against Tokyo and the Japanese islands during World War II.

‘The courageous spirit of the Doolittle Raiders is the inspiration behind the name of the B-21 Raider,’ Northrop stated.

All of Doolittle’s planes were destroyed during the bombing run, but he was eventually awarded the Medal of Honor and promoted to brigadier general when he returned to the United States.