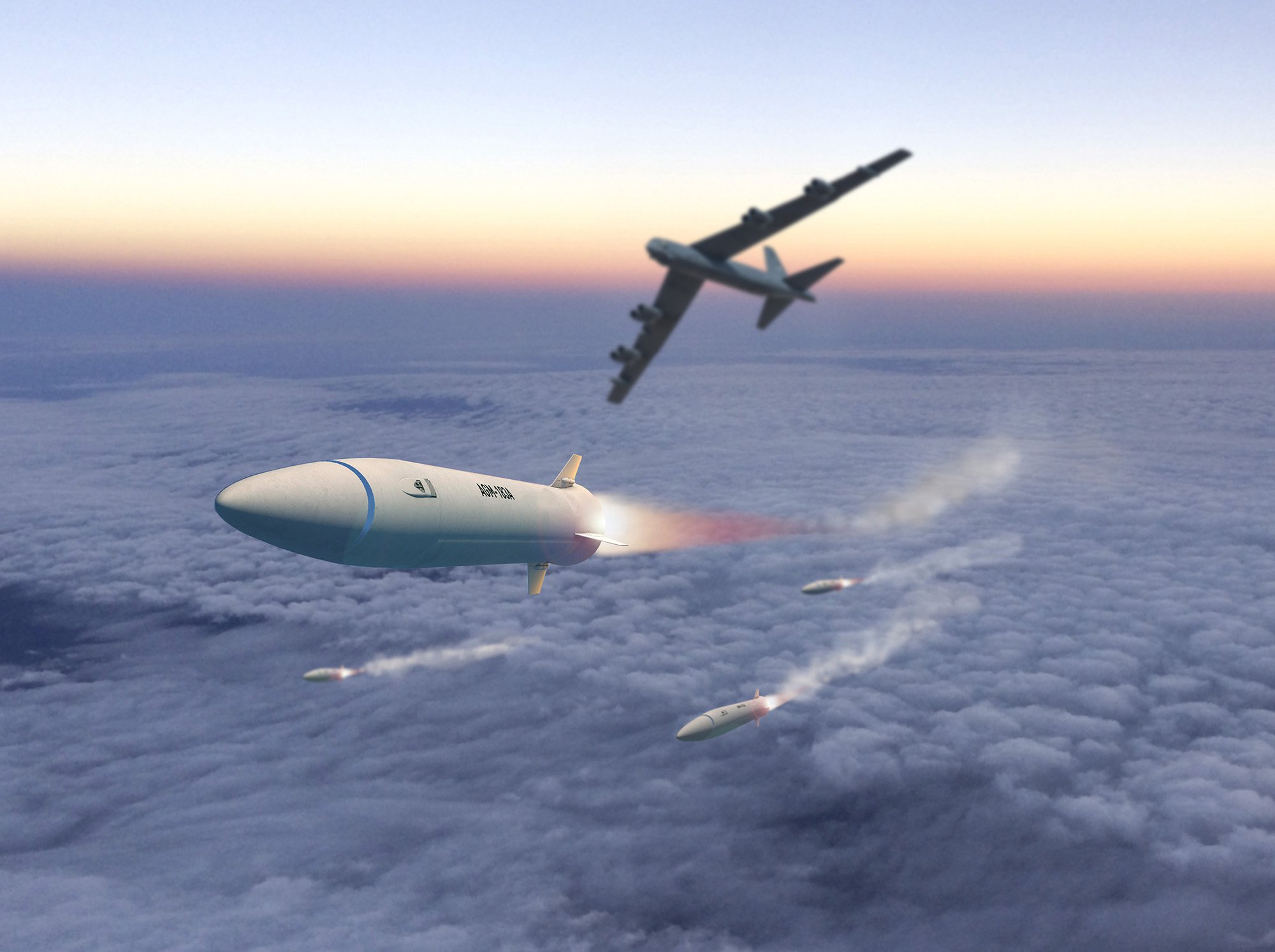 America has completed the ‘operational test’ of a devastating hypersonic missile capable of causing mass destruction.

Confirming the test yesterday, the Pentagon confirmed the weapon had been launched from the underside of a B-52 bomber off the Southern California coast.

‘Indications show that all objectives were met,’ the Pentagon said in a statement following the launch.

Development of hypersonic missiles has become the new arms race in global defence as both China and Russia are building similar weapons.

‘I am immensely proud of the tenacity and dedication this team has shown to provide a vital capability to our warfighter.’

The speed and maneuverability of hypersonic missiles makes them difficult to track and intercept.

What is a hypersonic missile?

A hypersonic missile is a missile that travels faster than Mach 5, or 3,836mph.

They move five times faster than the speed of sound and unlike other missiles, they can manoeuvre on their way to their destination, making them very hard to track.

There is currently no way to stop or intercept them.

Hypersonic cruise missiles are propelled by a high-speed jet engine, while glide vehicles are launched high and propelled back through Earth’s atmosphere.

Earlier this year, Russia claimed to have successfully tested its own hypersonic missile as it ratcheted up its aggression in Ukraine.

Meanwhile, China’s foreign ministry denied in October that it had conducted a similar weapons test.

‘The need for hypersonic strike capabilities is critical to our nation and this successful test will help us to maintain an accelerated and rigorous timeline,’ said Lockheed Martin’s Dave Berganini back in May.

The defence company is partnering with the US Air Force to create and test the weapons.

Berganini, the vice president of Hypersonic and Strike Systems at Lockheed’s Missiles and Fire Control, added: ‘Our strong partnership with the US Air Force has allowed us to quickly progress hypersonic technologies for our men and women in uniform.’