President Joe Biden and First Lady Jill will meet Queen Elizabeth II, 95, during their time in the UK next week but the encounter will be pared-back compared to previous presidential visits. Mr Biden will be in Britain for the G7 Summit and his meeting with the Queen will be free of the pomp and ceremony attached to official State Visits.

When the Queen hosts Mr Biden and his wife at Windsor Castle on June 13, she will not wear a tiara or formal attire.

Instead, she is likely to wear a smart day dress and forgo wearing a hat.

The low-key meeting will mirror the Queen’s first encounter with former US President Donald Trump and former First Lady Melania Trump at Windsor Castle in June 2018.

However, it is expected that Mr Biden, as was the case with Mr Trump, will be invited back to Britain for an official State Visit at a later date. 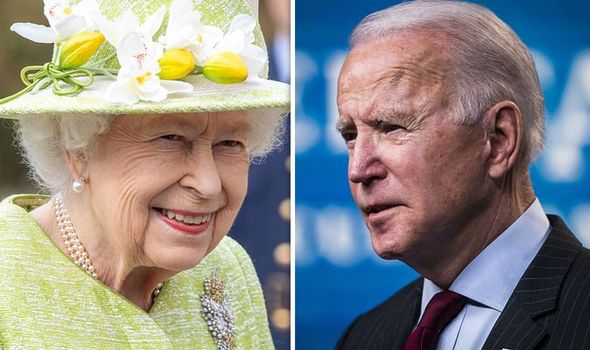 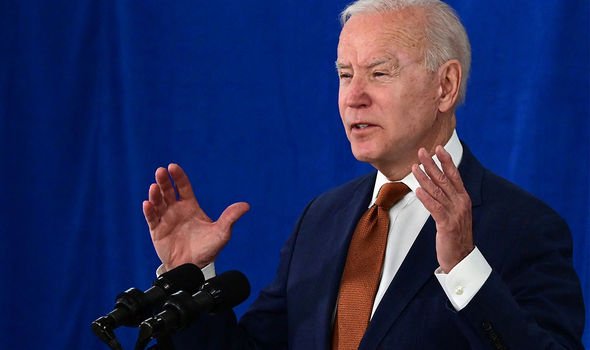 When this visit takes place the red carpet will be rolled out and Mr Biden and his wife will get to enjoy a State Banquet at one of the Queen’s lavish royal residences.

Mr Biden will be the 13th US president the Queen has met during her extraordinary 69-year reign and they are likely to ” to get along splendidly”, one royal commentator has claimed.

Looking ahead to next Sunday, royal commentator Richard Fitzwilliams told Express.co.uk: “The meeting between the Queen and President Joe Biden and his wife, when the Bidens visit Britain for the G7 Summit next week, will be historic.” 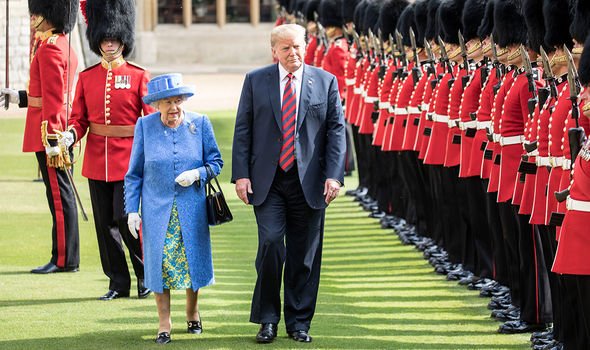 The expert added: “He will be the 13th president she will have met during her 69-year reign.”

“Meetings between the Queen and American presidents have a particular symbolic importance.

“Although its value is constantly called into question, there is no doubt that the ties between America, the world’s only superpower, and Britain are indeed special and that this relationship is one that has been forged over the years in so many important ways, from military sacrifice to cultural co-operation.

“President Biden, at 78, is a survivor of the American political scene like no other.”

“He will undoubtedly relish the opportunity of meeting a monarch, whose sagacity is as renowned as the length of her reign. The Queen charmed the first American President she met, President Truman.”

Touching on the tact the Queen has shown while meeting former US presidents, Mr Fitzwilliams said: “Her love of riding and remarkable equine knowledge led to a close personal bond with President Reagan. She handled the visits by Biden’s erratic and unstable predecessor, Donald Trump, with seamless sang-froid.” 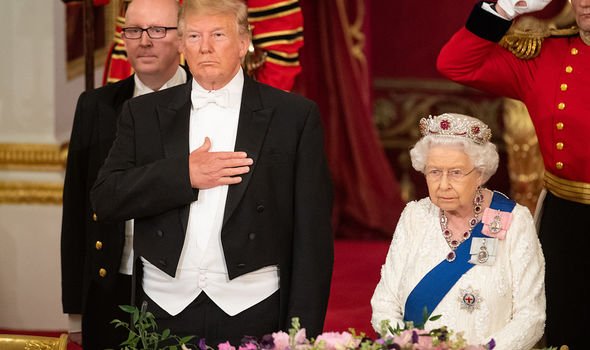 While Mr Biden expressed support for Meghan Markle in the wake of her and Prince Harry’s interview with Oprah Winfrey, this is unlikely to affect his encounter with the Queen.

Mr Fitzwilliams added: “It is true that Biden expressed support for the Duchess of Sussex’s “courage” in revealing what she did publicly about her mental health in that explosive interview with Oprah Winfrey.

“Nevertheless, these two heads of state, when they meet, will share a commodity which is both much prized and rare, experience. They are likely to get along splendidly and Anglo-American relations will be closer as a result of their meeting.”