The bloc has reached an agreement on entry criteria for tourists who have had their shots and for those from “safe” countries. The changes could come into effect as early as next week.

The E.U. Agrees to Lift Travel Restrictions for Vaccinated Visitors

The European Union agreed on Wednesday to reopen travel to visitors who are fully vaccinated for the coronavirus with a shot approved by the bloc, as well as visitors from countries it considers safe from the virus.

Today, E.U. ambassadors agreed to update the approach to travel from outside the European Union. The council will now recommend that member states ease some of the current restrictions, in particular for those vaccinated with a new authorized vaccine. The council should also soon expand the list of non-E.U. countries with a good epidemiological situation from where travel is permitted based on the new criteria agreed today. At the same time, to limit the risk of coronavirus variants entering the E.U., the council agreed on a new emergency brake mechanism allowing member states to act quickly and in a coordinated manner. We welcome this agreement. As you know, this comes just two and a half weeks after the commission proposed this update. This will help progressively resuming international inbound travel where it’s possible to do so safely, while at the same time ensuring quick action to counter the spread of new virus variants. 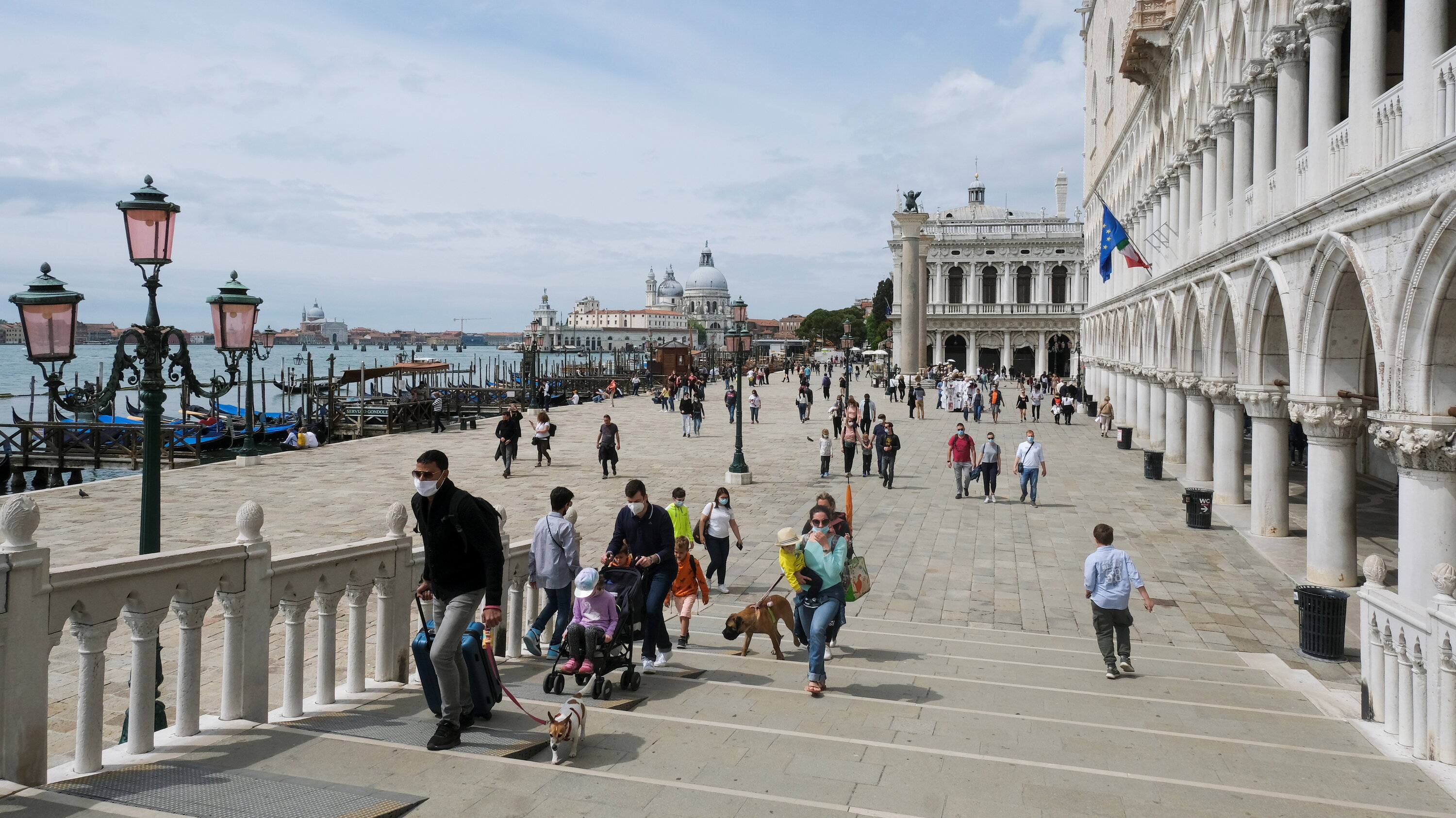 BRUSSELS — The European Union agreed on Wednesday to reopen its borders to visitors who have been fully vaccinated with an approved shot and to those coming from a list of countries considered safe from a coronavirus perspective, permitting broader travel just in time for the summer tourism season.

Ambassadors from the 27 member states of the European Union endorsed a plan that would allow visits from tourists and other nonessential travelers, who have been mostly barred from entering the bloc for more than a year.

The move has been seen as an economic imperative for tourism-dependent countries such as Greece and Spain, and it has been months in the works. Other E.U. nations that are less reliant on tourists for jobs and income, particularly in northern Europe, had been eager to maintain higher barriers for nonessential visitors to keep the coronavirus at bay. But they relented as vaccinations advanced and after they were promised the ability to reverse course if cases surge again.

The new rules are set to become formal policy next week after clearing some bureaucratic hurdles, and, depending on how well each country has prepared to welcome tourists, could be implemented immediately. Some countries, like Greece, have already said that they will remove testing and quarantine requirements for vaccinated visitors. But most countries are likely to implement such changes more slowly and conservatively.

Ursula von der Leyen, president of the European Commission, the bloc’s executive, outlined the measures in an interview with The New York Times in April. The formalization of freer international travel for vaccinated people will deepen the divide between the majority of countries that still have extremely limited access to the lifesaving shots and the few richer nations that do. That is likely to sharpen the debate about how to improve equitable access to vaccines around the world.