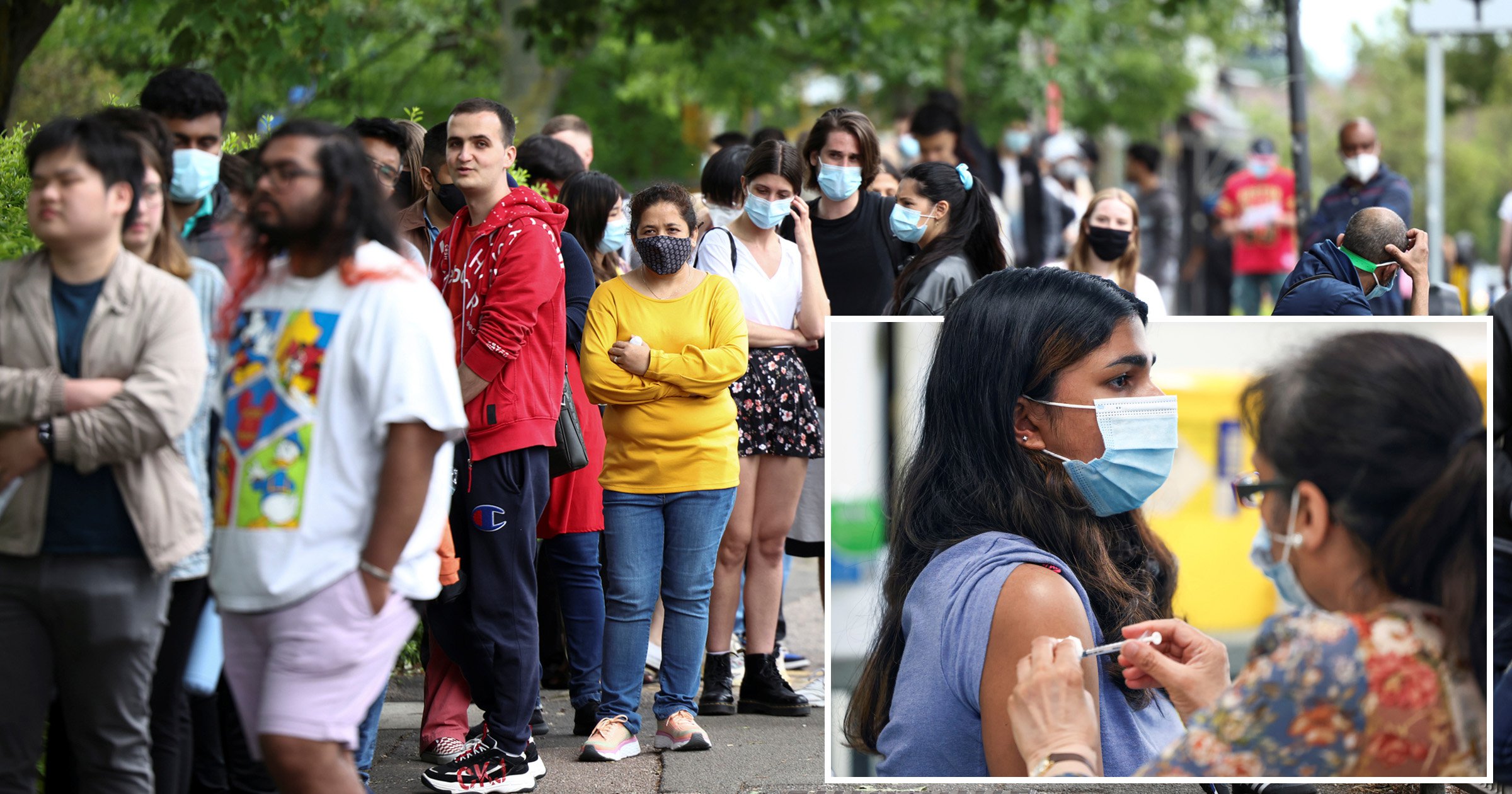 More than half of people who were firmly against having the coronavirus vaccine last year have gone on to get jabbed, a study has found.

Some 52% of those who said they would not get vaccinated when asked in November and December have now done so, according to research by King’s College London and the University of Bristol. And among people who said they were ‘not very’ or ‘not at all likely’ to accept a vaccine when asked last year, 84% have since been inoculated.

Vaccine confidence has also doubled among ethnic minorities. Initially, 36% said they were ‘certain’ or ‘very likely’ to get jabbed, whereas 72% are now likely to get a jab or have already done so. It has tripled in Muslims over the same period, from 23% to 67%.

Researchers say this indicates many people’s hesitancy has waned since the vaccine rollout began six months ago.

Dr Siobhan McAndrew, senior lecturer in quantitative social science at the University of Bristol, said: ‘The high rates accepting the invitation to take up a vaccine are extremely encouraging.

‘Convergence over time in vaccine confidence among members of different ethnic and religious groups provides evidence of a strong pro-vaccine norm.

‘There is an apparently large difference in intention to get vaccinated between religious groups, with Muslims in particular standing out – but when we control for characteristics associated with religion, such as ethnicity, immigration status, social class and age, these differences are much reduced, suggesting that it’s not religious belief in itself that’s the driver.

‘Nevertheless, the connections that the religiously-active have with religious peers, faith community leaders and with the NHS’s diverse workforce serve as a valuable communications resource.

The research team surveyed 4,896 UK adults aged between 18 and 75 between April 1 and 16 this year, and tracked 1,879 people polled last year to see if and why their views had changed.

They found that, overall, the public appear more likely to say they will get a Covid vaccine than they were last year.

But they observed a ‘hardening’ of views, with 9% of unvaccinated respondents saying they definitely will not get a jab when offered, compared with 4% of the public who said this in July 2020.

Many who were previously sceptical now say they are very likely to or definitely will accept an offered vaccine, the research found.

Of those who said in November and December that they definitely would not get a vaccine, one in seven (15%) say they are now certain or very likely to do so.

This is also the case for 45% of those who said they were not at all likely to get vaccinated.

The research further found that more people have encountered messages encouraging them not to get vaccinated – 43% up from 35% in November and December.

Overall, 94% of those surveyed who had been offered a vaccine have taken it up.

NHS England director of health inequalities Dr Bola Owolabi said: ‘This latest study backs up data we have consistently seen since we launched the NHS action plan to tackle vaccine hesitancy several months ago, with uptake among ethnic minorities more than tripling between February and April and confidence in the vaccine growing by more than a fifth among all adults under 45.

‘As the NHS vaccination programme opens up to the last remaining age groups, NHS teams across the country continue to make the vaccine easily accessible for all by jabbing at the more than 1,600 sites around the country, including sports stadiums, museums, places of worship, buses and pop-up clinics, as well as at local GPs and pharmacies, to ensure it is easily accessible for all.’