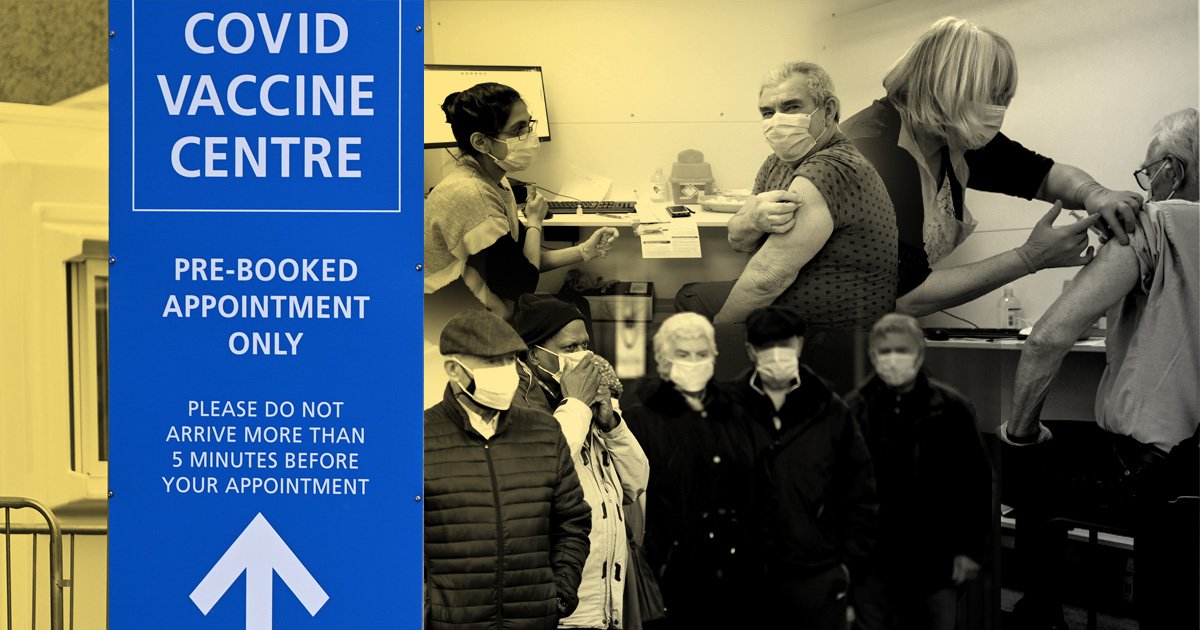 Covid vaccines are beginning to suppress deaths in older age groups most vulnerable to the virus, new data suggests.

Oxford University scientists say case fatality rates (CFR), which measure the percentage of people who die after testing positive for Covid-19, have dropped by a third for those aged 80 and over since January.

One of the authors of the analysis, Dr Daniel Howdon, said: ‘These results suggest larger falls in the fatality rate among age groups that were prioritised for vaccination, and are consistent with other tentative findings on the beginnings of an effect of vaccination in reducing severe COVID-19 health outcomes.’

The study came from Oxford University’s Centre for Evidence Based Research.

Although the results have not been peer-reviewed, it brings a sign of hope that the vaccination campaign is starting to deliver.

It is hoped that lockdown can begin to be lifted once enough vulnerable people have had a Covid jab.

The Government is on track to offer a first dose to the estimated 15 million people in the top four priority groups by its target of mid-February.

This includes anyone over 80, frontline NHS staff and social workers, care home residents and the clinically extremely vulnerable.

As of Thursday, more than 13.5 million people have received their first dose – equivalent to around one in four adults in England.

Boris Johnson has urged those left in the cohort to come forward for their jab.

He told a Downing Street press conference on Wednesday: ‘The reason I make this appeal today for people to come forward in those groups and get vaccinated, is not so we hit some numerical target, but to save lives, prevent serious illness and so the whole country can take another step on the long and hard road back to normality.’

Many scientists have been urging the PM not to lift lockdown too soon despite the fast pace of the vaccination programme.

Mr Johnson was set to unveil a roadmap out of lockdown on February 22, but Downing Street today hinted that would be pushed back.

A spokesperson said the plan would be published on the week of the 22nd and that schools would still get the promised two weeks notice before being told to reopen.

If the plans are not published until the end of the week, on February 26, schools would not be able to reopen until at least March 12, which is on a Friday. That is a week later than the previous target date of March 8.