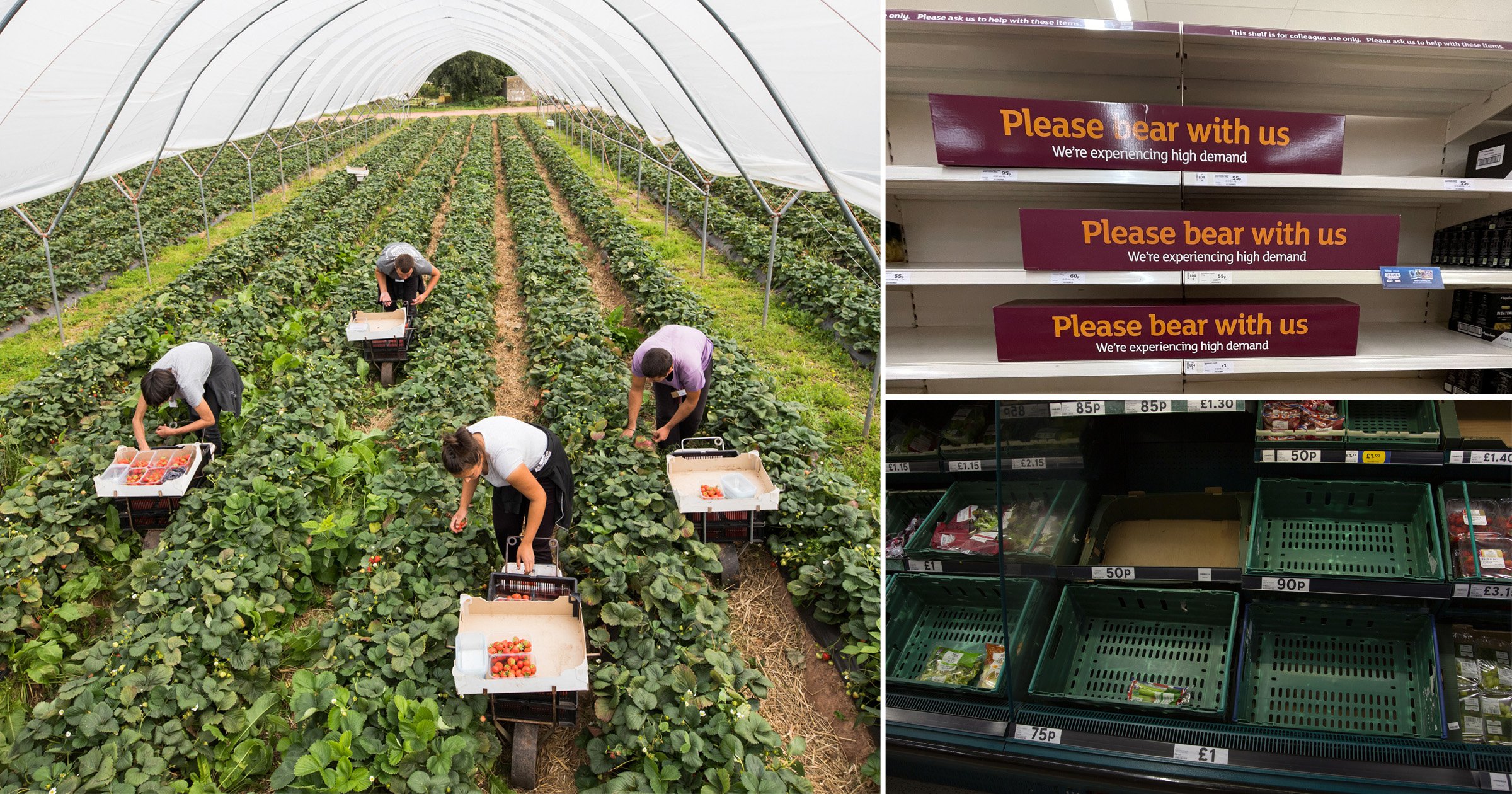 Vegetable pickers have seen their wages soar to up to £30 an hour in the run up to Christmas following a severe labour shortage.

Despite promises that Britain’s exit from the European Union will not cause interruptions in the food supply, supermarkets shelves have been left empty across the country.

To prevent even more shortages over the coming holidays, some farmers are paying seasonal workers up to £1,000-a-week or £50,000-per-year to help them dig up crops, the British Growers Association (BGA) has revealed.

Wages are also soaring in the meat industry, with trained butchers offered up to £37,000 due to a shortage of 15,000 employees.

The BGA’s chief executive, Jack Ward, told the Times: ‘There is intense competition for labour with… people poaching labour off farms to work in hospitality industry.

‘There is a much celebrated case here in Lincolnshire where they are now offering up to £30 an hour to pick broccoli.’

The hourly pay is more than triple the current minimum wage, which stands at £8.91 for adults aged over 23.

In September, TH Clements and Son near Boston, Lincolnshire, advertised roles ‘with the potential to earn up to £30-per-hour’.

The family-owned firm, which also supplies Brussels sprouts and cauliflowers to major food suppliers and supermarkets, launched its recruitment drive on Facebook.

They posted: ‘We are looking for Field Operatives to harvest our broccoli. Excellent piecework rates with potential to earn up to £30 per hour and all year round work available.’

The chronic labour shortage in the agriculture industry has been blamed on the pandemic and the impact of Brexit, which has restricted the number of migrant workers farmers depend on.

It comes as ministers warned the UK has become ‘drunk on cheap labour’ in a sideswipe at businesses.

They used the Conservative Party Conference in Manchester to slam firms for what they saw as companies trying to shift blame on to the Government.

One senior source said ‘a failure of the free market, not the state’ was behind the fuel crisis and empty shelves, The Telegraph reports.

Chancellor Rishi Sunak warned he could not ‘wave a magic wand’ and urged businesses to tweak their supply chains.

It comes amid speculation that the Prime Minister could use his conference speech on Wednesday to announce a rise in the minimum wage.

Meanwhile, only 127 tanker drivers from the EU have applied to work in Britain under the Government’s emergency scheme to tackle the petrol crisis, ministers have been told.

The PM said 300 people are wanted immediately to drive oil tankers, but a further 4,700 HGV drivers are wanted by the end of this month.

While there is not a shortage of petrol at the refineries, there are still not enough drivers to keep stations stocked in many parts of the country.

Military drivers were also seen helping deliver fuel for the first time on Sunday, with soldiers spotted unloading a tanker at a Shell Garage in the New Forest, Hampshire.