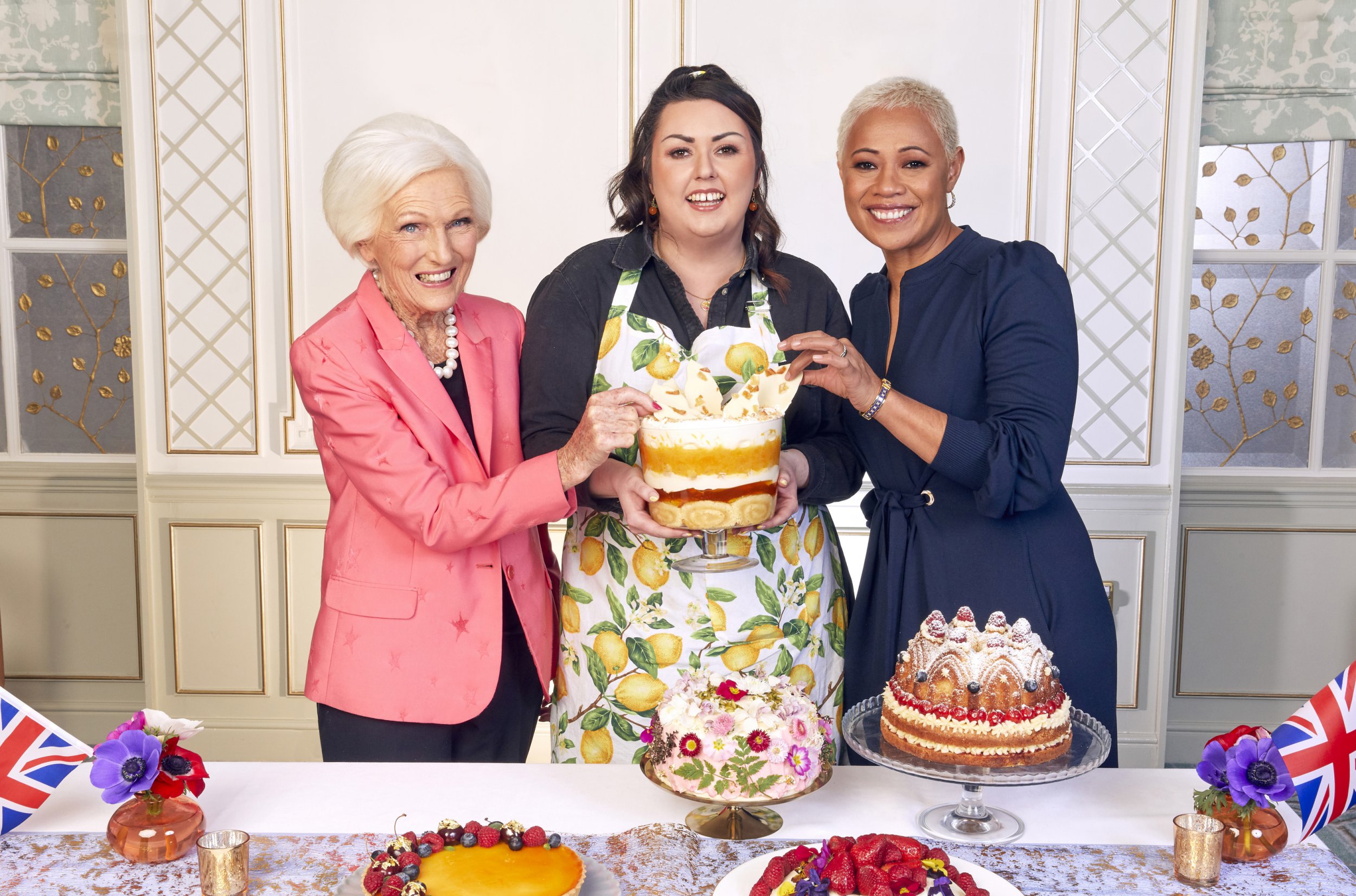 Peta, The Vegan Society and Viva! have all come out in force to condemn the ‘cruel and unhealthy’ lemon and amaretto trifle.

It was created by Jemma Melvin, 31, a copywriter from Stockport, who beat 5,000 others in the Fortnum and Mason competition to have her recipe crowned as the official dessert of the Platinum Jubilee.

But her winning pud controversially contains eggs, butter, cream and gelatin – a product that uses collagen from pig and cow bones.

Elisa Allen, the vice president of Peta, said: ‘In the midst of the climate catastrophe, Fortnum and Mason is taking the biscuit.

‘By choosing a dessert laden with environmentally unfriendly – not to mention cruel and unhealthy – animal-derived ingredients that many people do not eat because of their religious or philosophical beliefs or because they have allergies.

‘The out-of-touch dessert would be more fitting for Henry VIII’s mediaeval table than a modern-day royal celebration.’

Peta is instead calling on Brits to make a vegan meringue stack in honour of the Queen.

The winning lemon trifle is made with layers of lemon curd swiss roll, custard, jelly, a mandarin coulis and amaretti biscuits.

It is set to follow in the footsteps of the Victoria Sponge and Coronation Chicken to become a part of royal food history.

A spokesperson for The Vegan Society said: ‘It is hugely disappointing the Platinum Pudding isn’t suitable for vegans or vegetarians.

‘As an educational vegan charity, we aim to highlight effective alternatives such as plant-based gelatin, milks and spreads, and binders including ground flax seed, chia seeds or apple sauce, to ensure animals needn’t be exploited or harmed for us to enjoy luxurious treats.

‘Challenges to veganise recipes in the Great British Bake Off show people are beginning to put the ethics of the dairy and egg industries before their taste buds, while demonstrating there’s no need to compromise and it would be fantastic to see more of this in the future.’

A spokesman for Viva!, a UK vegan charity specialising in undercover investigations, said: ‘There is no need for these recipes to contain any ingredients that have been derived from an animal.

‘As the UK becomes more aware of environmental issues, and the science shows that a vegan diet is more sustainable, it would have been really ground-breaking to promote a vegan recipe.’

The trifle unanimously won over judges, Dame Mary Berry and Masterchef’s Monica Galetti, and was crowned the winner by the Duchess of Cornwall on a special BBC programme.