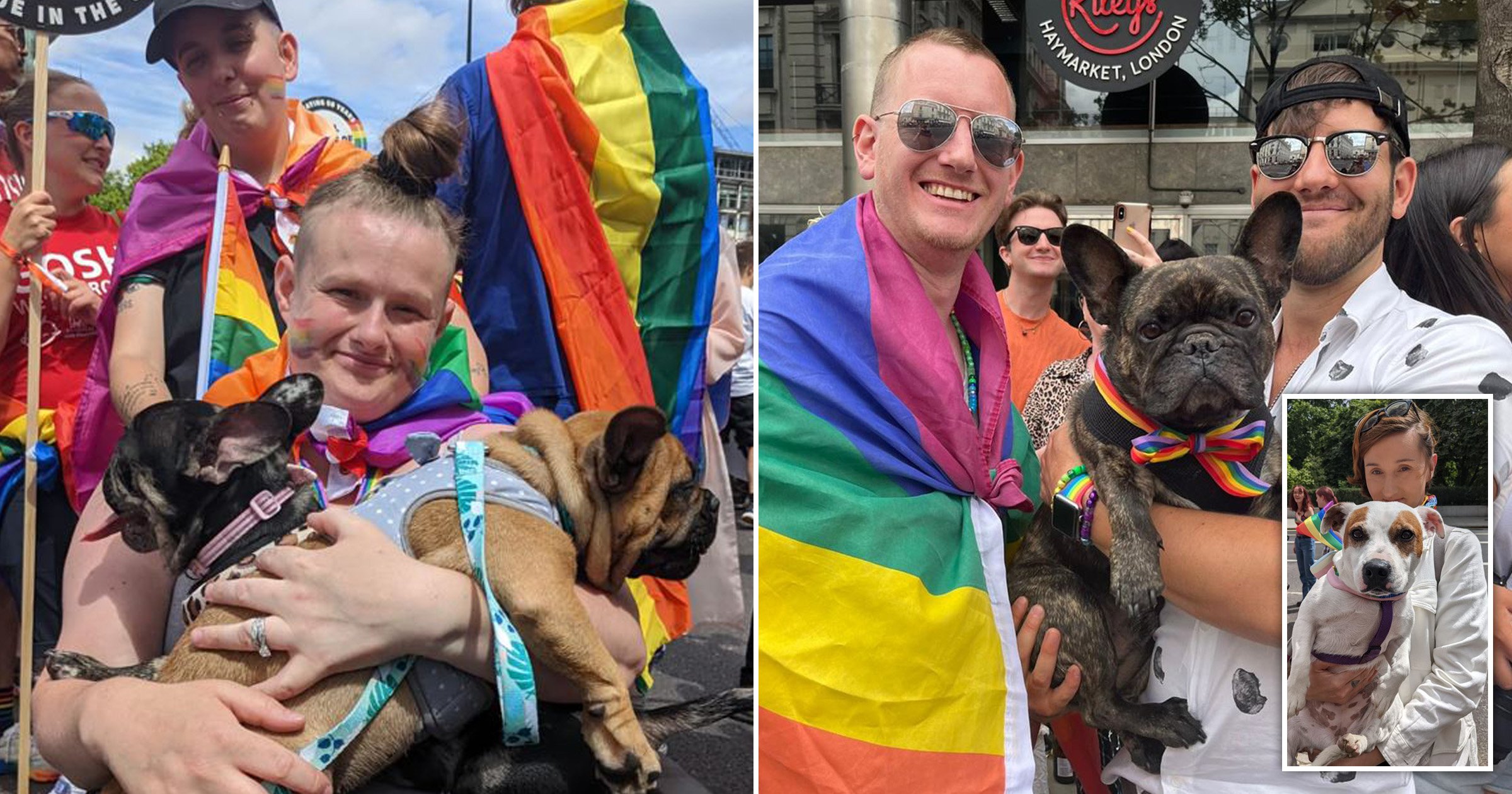 More than a million people joined Pride celebrations in London today for its 50th anniversary – and among them, there were quite a few dogs as well.

We usually do a round up of people’s doggy friends when it comes to polling day, but it seems like voting is not the only way the nation’s canines like to make their voices heard.

They’re also here in rainbow gear, protesting and partying, and looking extremely cute as they do it.

This year’s parade, from Hyde Park Corner to Whitehall, pays homage to the original 1972 march and it is one to remember, with clear skies lit up with colour.

Those attending can do plenty of celeb spotting, with attendees including former Olympic athlete Dame Kelly Holmes, who recently came out publicly as gay, and Joe Locke, star of Netflix’s hit LGBT show Heartstopper.

There are also activists, politicians, bikers, and more for the capital’s first Pride since the pandemic.

But, we know you came here for the dogs. So without further ado, here are some of the most pawesome allies around this afternoon:

And we’ve got some great names on board to help us, too. From a list of famous guest editors taking over the site for a week that includes Rob Rinder, Nicola Adams, Peter Tatchell, Kimberly Hart-Simpson, John Whaite, Anna Richardson and Dr Ranj, as well as the likes of Sir Ian McKellen and Drag Race stars The Vivienne, Lawrence Chaney and Tia Kofi offering their insights.