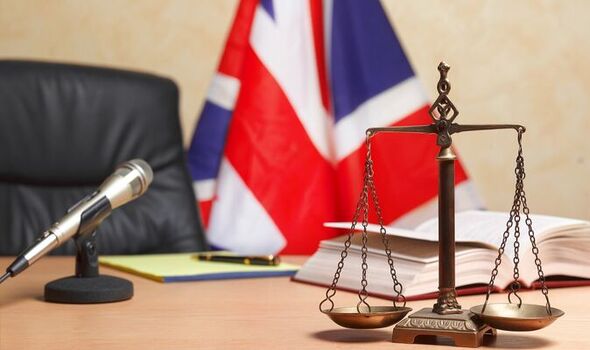 Those who suffered abuse will no longer face cross-examination by their alleged attackers, which had added to their trauma. Our End This Injustice crusade pushed for the change and now the Government are pledging to overhaul the family court through the landmark Domestic Abuse Bill, which came into effect in April of last year.

Under the move, which will also apply in the civil courts, court-appointed legal professionals will carry out the cross-examination instead, to ensure the process is fair to both sides.

Hundreds of lawyers have already pledged to fulfil the important role.

Justice Minister Tom Pursglove yesterday said: “Going to court about family issues can be a traumatic experience, so victims of domestic abuse shouldn’t face the extra torment of being cross-examined by their abuser.

“This is already banned in criminal trials and from today it will be banned in family and civil courts too – to protect victims, ease the stress and make sure they get a fair hearing.”

The shake-up forms part of the plan to make victims’ experience less harrowing as they fight for justice and help them to better-supported in court. Special measures are also being rolled out in family and civil courts, including screens and separate entrances, to minimise stress and help witnesses to give their best evidence.

The new ban will support cases where there is evidence of domestic abuse between those involved or there is a conviction or protective injunction in place between the parties.

The Government published a draft Victims Bill earlier this year, which looks to amplify victims’ voices throughout the criminal justice system.

It also aims to offer greater accountability on agencies such as the Crown Prosecution Service and police for the service they provide to victims.

Support services for victims will also receive more than £460million in grant funding over the next three years, which will help to cover the cost of more than 1,000 Independent Sexual and Domestic Violence Advisors and a 24/7 rape crisis helpline.

The End This Injustice campaign also fought to make threats to share intimate images, post-separation abuse and non-fatal strangulation standalone offences under the Domestic Abuse Bill, which went on to criminalise them.