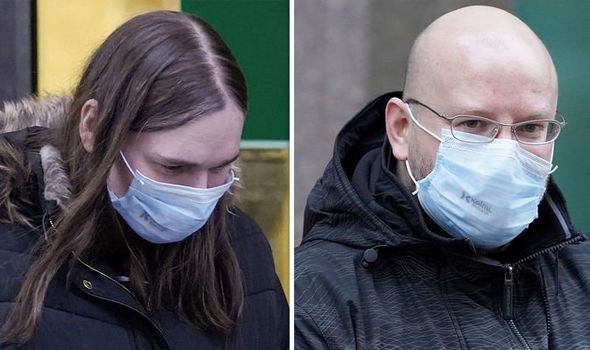 Lorna Hewitt, 43, and her 42-year-old husband Craig tortured Matthew Langley for months until he collapsed, suffering severe malnourishment. Emergency services found the 22-year-old man covered in bruises and abrasions in the inhumane attic, which was full of rubbish and human excrement.

Matthew was rushed to hospital and fought for his life in intensive care. He has since made a full recovery.

His mother and stepfather were both found guilty of Section 5 causing/allowing serious injury to a vulnerable adult and false imprisonment on Wednesday.

They’ll be sentenced at Sheffield Crown Court next month.

Neighbours in the suburban Walkey area of the city told Yorkshire Live of their disgust.

One said: “It is just a horrific story and certainly not something that you expect to to find going on in your street.

“It’s just unbelievable, really to think it was going on all that time and no one knew anything about it.”

Another added: “It is just completely disgusting what they have done. They need burning and should rot in hell,” one said.

It is just completely disgusting what they have done. They need burning and should rot in hell

A neighbour in Walkley, Sheffield

The Hewitts, who have been married since 2016, presented themselves as perfect pillars of the community. They did charity work and volunteering.

But they harboured their grim secret for months until June 2, 2021.

An investigation was launched by South Yorkshire Police after a call was made to Yorkshire Ambulance Service at 1.55am, stating the victim had collapsed.

Matthew was denied washing facilities or a toilet in the attic.

And he wasn’t allowed out of his room or allowed to eat with the rest of the family. Food was instead delivered to a box in his room.

Medical experts told the court Matthew must have been fed only a few hundred calories a day over the period of a few months, weighing just six stone at 6ft tall.

The victim’s finger and toenails were so long they were causing him pain, his hair was long and unkempt and his teeth were severely stained with orange plaque.

Speaking after the trial, she said: “This was an horrific case in which the victim could well have lost his life as his organs were shutting down.

“He had to be placed into intensive care in a life-threatening condition. Thankfully he has since made a full recovery and is now getting the support and care he needs.”

“The investigation was a long and complex one but both have now been brought to justice and have time in jail to consider the consequences of their actions.

“It wasn’t just the force involved in this complex investigation. Plenty of partner agencies played a part in getting us here. Schools, numerous medical experts from hospital and respite care providers, among others, all spent a lot of time helping with this case.”

Both Lorna and Craig Hewitt will return to court on February 18 for sentencing.