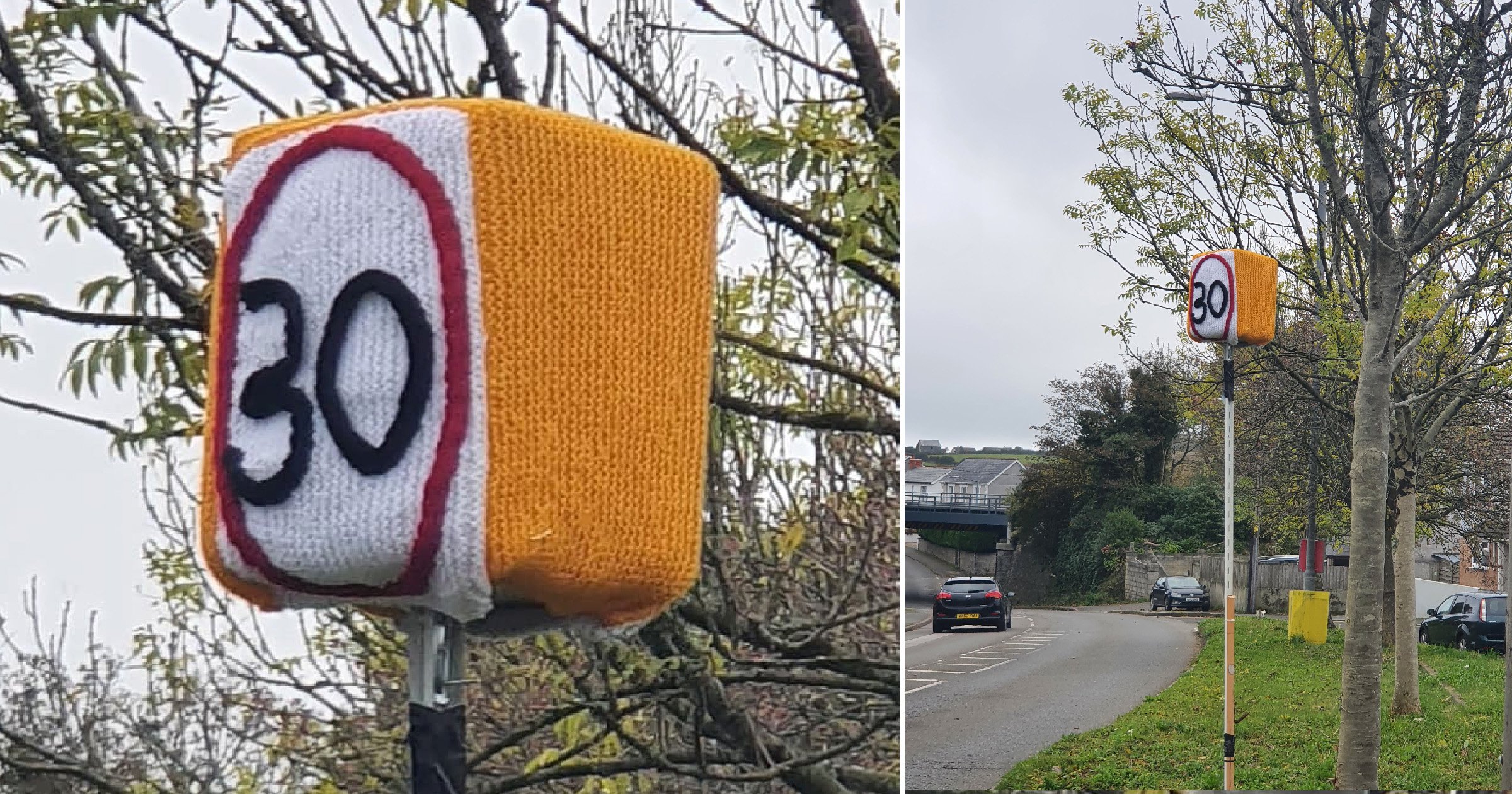 Fed-up neighbours have erected a fake knitted speed camera in a crafty bid to slow drivers down.

Following years of complaints about speeding drivers, locals in Trewoon – a tiny hamlet on the outskirts of St Austell in Cornwall – decided to take matters into their own hands.

Villagers have previously campaigned for a real speed camera to be installed along the 30mph road following a string of near-misses, dead pets and damage to homes.

Now a mystery DIY attempt has popped up alongside the busy A3058, which comes complete with a knitted cover to make it look just like the real thing.

The camera was spotted by community care worker Amber-rose Moone, 33, who couldn’t help but snap a photo of the comical camera on her way to work this week.

Amber-rose, who lives in St Austell, said: ‘I pulled over to stop off at the shop to quickly grab something to eat and that’s when I spotted it.

‘It really put a smile on my face and I couldn’t resist taking a photo of it.’

It seems to have taken off on social media, with commenter saying it ‘doesn’t get more British’ than this.

One person wrote: ‘Knitted speed cameras – at least they will be warm this winter, unlike most UK residents with outrageous heating bills.’

Another asked: ‘Could private companies install them and collect the revenue the same as parking companies? I’d vote for that.’

A third heaped praise on the vigilante knitters: ‘Doesn’t get much more British than knitting a speed camera. Top work Trewoon.’

Prior to the appearance of the homemade device, hundreds of locals had signed a petition calling for average speed cameras in Trewoon.

The petition read: ‘Residents have previously raised concerns about the motorist’s speed through Trewoon, to have little change introduced as a result.

‘There is a growing concern amongst residents, as well as an increasing number of examples of incidents that have occurred resulting from dangerous driving through Trewoon.

‘Examples include damage to property, death/injury to pets, and multiple near-miss incidents

‘Average speed cameras are an efficient and cost-effective way of catching speeding drivers, which would be a suitable and justifiable solution for Trewoon.

‘By monitoring the speed of drivers through the entire length of Trewoon will ensure the road is consistently being driven safely – day and night.’