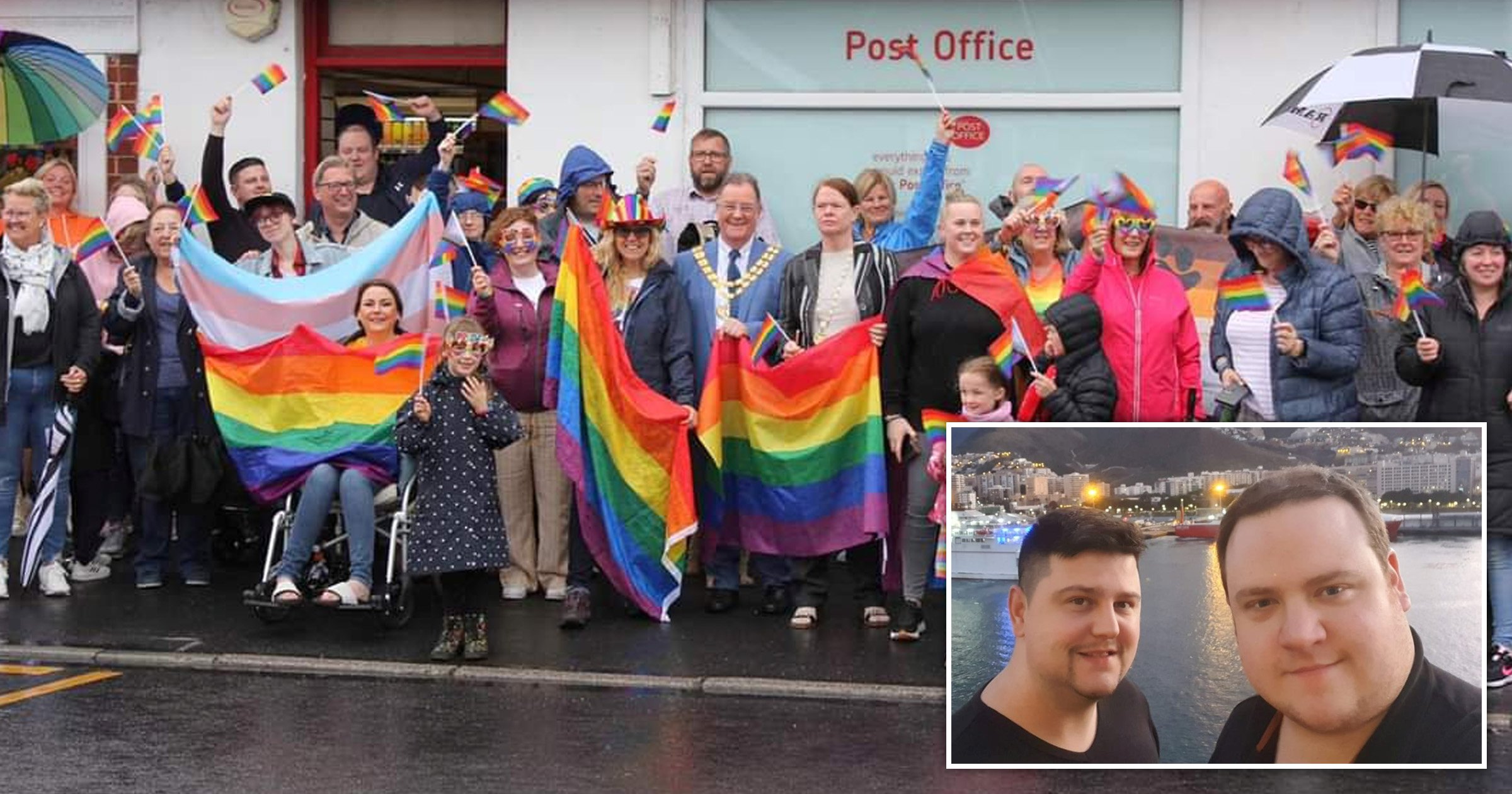 A gay couple have been ‘overwhelmed’ with support from their community after they were sent homophobic letters calling them ‘morons’.

Daniel Cooper and Nathan Jones, both 29, took over the village post office in New Longton, near Preston in Lancashire, last February.

They have since received four anonymous hateful letters through the post, including one complaining that the couple had put up a rainbow flag during Pride month.

Someone wrote last week: ‘Get that revolting flag down. This is a Christian village (three churches) and children pass by. What kind of morons are you?’

Daniel said he was ‘shocked and mortified’ at the letters as he had never expected ‘anything like that’ to come through the door.

‘We are not 100% sure if the messages have come from the same person, but the letters made us feel dirty, like we are sinful, when we aren’t,’ Daniel added.

But the local community was not prepared to let Daniel and Nathan feel anything but accepted and supported.

So almost 200 villagers rallied in the rain on Tuesday to show up outside the post office, hold up rainbow flags and ‘send a really clear message that outdated views and hate won’t be tolerated’.

At one point, a 96-year-old man cried in front of Daniel as he got emotional while showing his support.

Daniel said: ‘This whole thing is beyond crazy, it has all happened so fast as we only received the letter last week. I am overwhelmed at how many people turned up.

‘It just goes to show that love conquers hate and that there are so many more nice people out there than small-minded ones.

‘I have a thick skin and the letters haven’t deterred us from working here. In fact, it has pushed us to carry on and we have received so many messages of support this morning.

‘This has now become nothing about us. It is about standing against oppression. No one should dictate your life.

‘We can have the Pride flag up if we want to, just because they don’t agree with it doesn’t mean we can’t have it up.’

And we’ve got some great names on board to help us, too. From a list of famous guest editors taking over the site for a week that includes Rob Rinder, Nicola Adams, Peter Tatchell, Kimberly Hart-Simpson, John Whaite, Anna Richardson and Dr Ranj, as well as the likes of Sir Ian McKellen and Drag Race stars The Vivienne, Lawrence Chaney and Tia Kofi offering their insights.