Over 10,000 protest peacefully but group of several dozen youth throw petrol bombs at police who respond with tear gas. 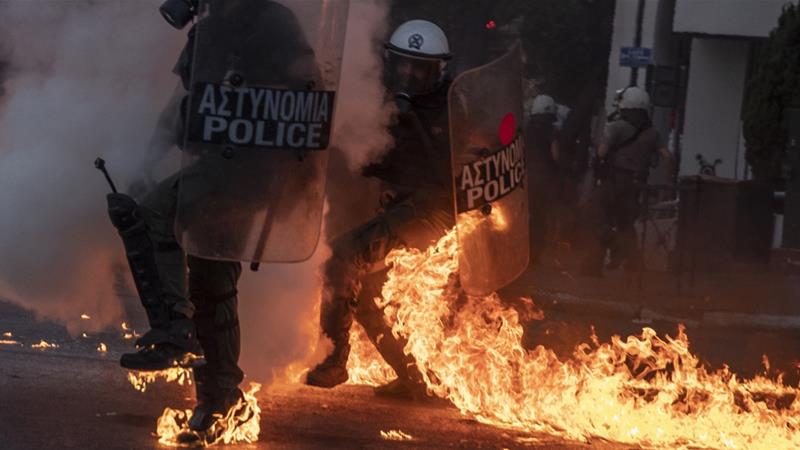 Violence broke out in Athens during a mass demonstration against plans to curb public protests.

A group of protesters hurled petrol bombs at riot police outside parliament on Thursday, while police responded with tear gas and flash grenades.

The demonstrations were being held in the Greek capital and around 40 other Greek cities and towns to oppose the plans by the centre-right government.

More than 10,000 peaceful protesters had gathered in central Athens, many supporting a labour union backed by the Greek Communist Party.

A separate group of several dozen youths was involved in the violence that sent other demonstrators, including families with young children, scrambling to move away from the clouds of tear gas.

“The right to hold peaceful gatherings must be protected … but it must be done in a way that will not interrupt the activity of an entire city,” Mitsotakis told parliament on the second and final day of debate.

Critics of the proposed reforms include the Athens Bar Association and parliament’s own legislative review committee.

They argue that plans to prosecute protesters attending unsanctioned rallies and to hold protest organisers responsible for damage caused if rallies turn violent are legally troublesome.

The government said it had added several clarifications to the bill to address those concerns. The bill is expected to be approved on Thursday.