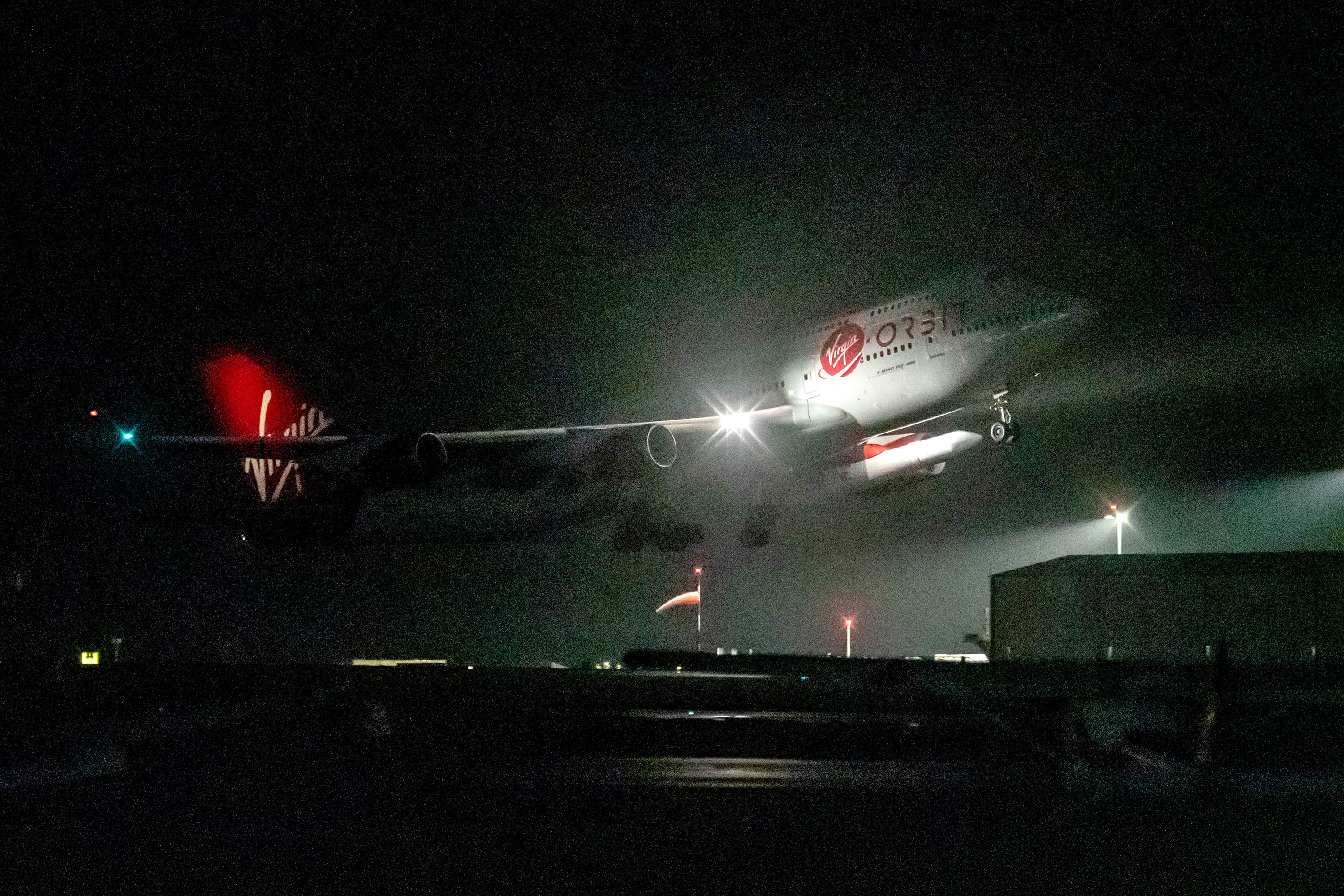 A premature shutdown in the rocket during the first attempt to launch satellites into orbit from the UK was behind the mission failure, Virgin Orbit has said.

After taking off from Spaceport Cornwall, the Virgin Orbit plane flew to 35,000ft over the Atlantic Ocean, where it jettisoned the rocket containing nine small satellites towards space.

However, organisers of the Start Me Up mission soon identified an “anomaly” and said the LauncherOne rocket had failed to orbit.

In a statement released on Thursday, Virgin Orbit said initial data indicated that the first stage of the rocket performed as expected, that it reached space altitudes, and that stage separation and ignition of the upper stage occurred in line with the mission plan.

Later in the mission, at an altitude of approximately 180 km, the upper stage experienced an anomaly which prematurely ended the first burn.

The company said this event ended the mission, with the rocket components and payload falling back to Earth within the approved safety corridor without ever achieving orbit.

Virgin Orbit has launched a formal investigation into the source of the second stage failure, but said it hoped to return to Spaceport Cornwall for additional launches as early as later this year.

Dan Hart, CEO of Virgin Orbit, said: ‘We are all disappointed that we were not able to achieve full mission success and provide the launch service that our customers deserve.

‘Upon identifying the anomaly, our team immediately moved into a pre-planned investigation mode.’

He added that Virgin Orbit had begun an internal investigation into root causes of the failure.

The plane, dubbed Cosmic Girl, took off on Monday night from Cornwall Airport with hundreds of members of the public watching and more than 75,000 viewing a live stream of the event.

It was originally hoped the launch could take place before Christmas but owing to technical and regulatory issues it had to be pushed into 2023.

The plane took off horizontally from the new facility at Cornwall Airport in Newquay while carrying the rocket under a wing.