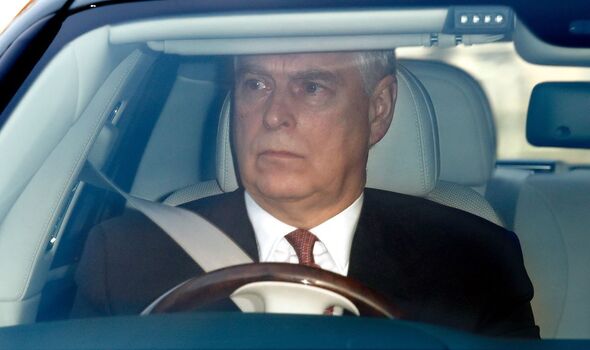 The 39-year-old has supposedly sealed a deal for her book a year after she settled the USA civil claim against Andrew, with a settlement believed to be around £3million, without the admission of liability by Andrew who vehemently denied any wrongdoing.

Mrs Giuffre’s book has been in the works since 2011 and will go into detail about her abuse under the disgraced Jeffrey Epstein and his accomplice Ghislaine Maxwell.

It has now been reported she has brokered a deal as a one-year gag clause that prevented her from publicly repeating the allegations against the Duke of York is due to expire next month.

Despite agreeing to the payout to settle Mrs Giuffre’s lawsuit, Prince Andrew did not admit any wrongdoing and has consistently and vehemently denied the claims.

Confirmation of the Giuffre deal comes amid reports the Duke wants to launch a legal bid to reclaim the millions he paid her and force her into an apology.

She recently dropped her lawsuit against lawyer Alan Dershowitz, in which she accused him of sexual abuse.

She later admitted she had mistakenly identified him.

Leading US attorneys have told the Express it would be extremely challenging for Prince Andrew to launch legal action in the hope of gaining an apology from Mrs Giuffre.