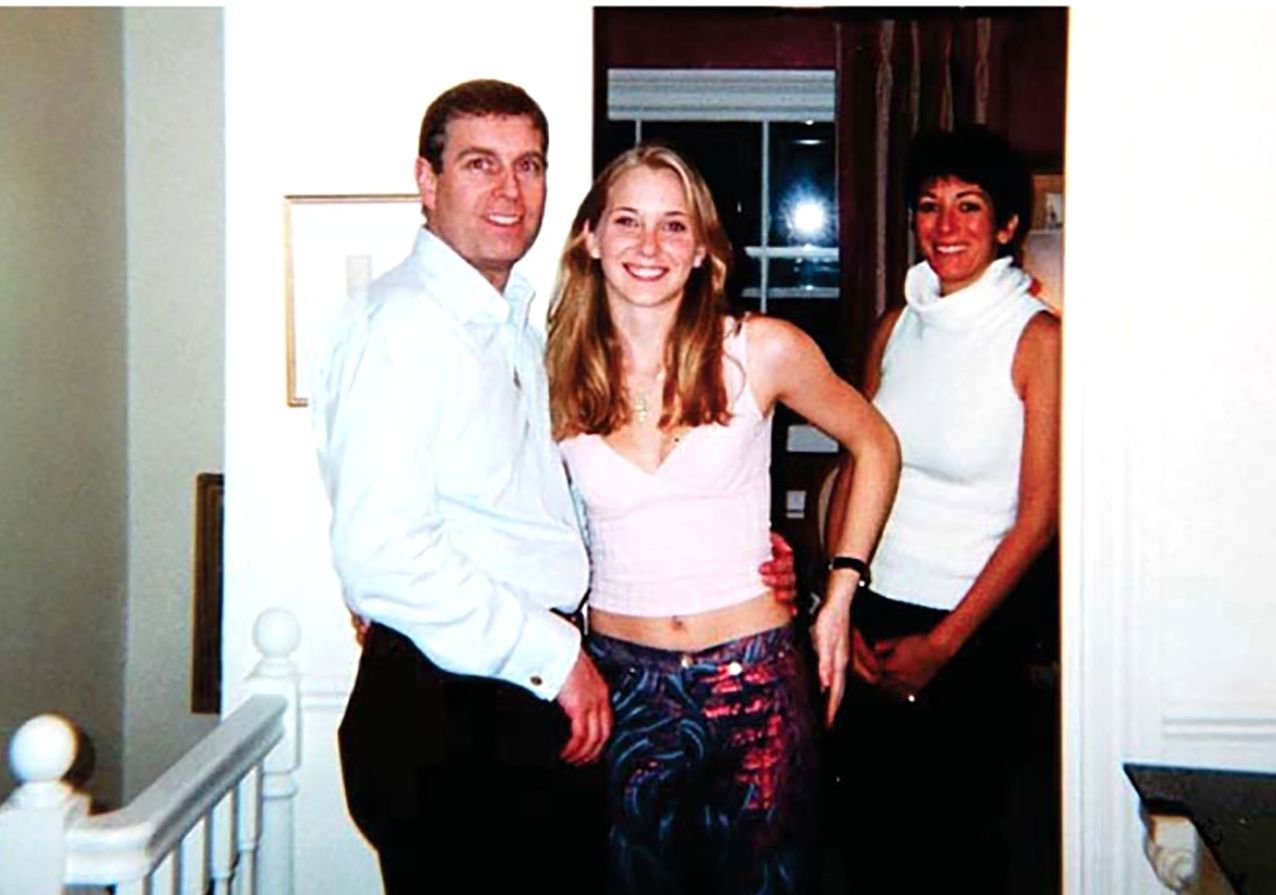 Virginia Giuffre told a fellow Jeffrey Epstein victim that she had sex with Prince Andrew when she was a teenager, a witness in Ghislaine Maxwell’s trial has claimed.

Ms Giuffre, then Miss Roberts, 17, reportedly showed the victim the infamous picture of her posing with Andrew at convicted sex trafficker Maxwell’s home.

Carolyn Andriano, 35, who testified against Maxwell, has now waived her right to anonymity to share her full knowledge of Virginia’s alleged encounter – which Prince Andrew strenuously denies.

She says Miss Roberts texted her from London in March 2001 to say she was going for dinner with Andrew, Maxwell and Epstein.

Miss Roberts is alleged to have shown the picture of her with Andrew to Miss Andriano back in Florida, saying of the prince: ‘I got to sleep with him.’

Mrs Andriona told the Daily Mail: ’I asked her if she’d been to the palace. And she said: “I got to sleep with him”.’

‘She didn’t say anything about what they ate or where they were – that’s not what we were talking about.

‘It was just that she couldn’t believe she got to sleep with Prince Andrew.’
The bombshell account is the first time there has been any independent report of Miss Robert’s alleged meeting with Andrew.

It comes after Mrs Andriano gave a harrowing testimony against Maxwell at her sex trafficking trial last month.

Four of the five guilty verdicts against her were underpinned by the evidence of the mum-of-five, including the most serious charge of sex trafficking a minor which carries a maximum 40-year jail term.

Mrs Andriano says she was a victim of Epstein and Maxwell between the ages of 14 and 17 and had been recruited by Virginia Giuffre via their pyramid scheme of abuse – which saw young girls made to recruit other young girls.
Last month, Maxwell was found guilty of sex trafficking and grooming girls for paedophile Epstein to abuse.

The verdict came in the midst of Prince Andrew’s legal battle with Ms Giuffre, who is suing the prince for allegedly sexually assaulting her when she was a teenager – something he vehemently denies.

The prince is said to be desperately plotting a last-ditch bid to have the civil rape case against him thrown out amid claims his accuser will refuse any offer of an out-of-court settlement.

Ms Giuffre is said to want a trial to send a message that anyone ‘with power and privilege’ accused of abusing young girls will face justice.

A decision on whether the Duke of York will face a full civil trial is expected very soon.

A New York judge has already decided that there is no case to answer on an argument made by Andrew’s legal team that the case can’t go to trial because of Ms Giuffre’s residency in Australia.

But a source has told the Daily Mirror that they are ‘are not taking this lying down’.

But many legal experts believe Judge Lewis Kaplan is unlikely to accept the pending motion, meaning Andrew’s lawyers will have to decide whether to settle or risk a grilling in court.