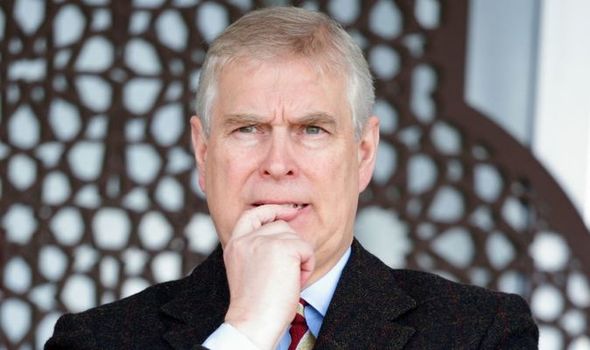 Virginia Giuffre launched a civil case against the Duke of York and claims the billionaire paedophile Jeffrey Epstein lent her out to him three times for sex.

Andrew has consistently denied her allegations.

An inside source said: “No one can believe how badly Andrew and his legal team have messed up.

“His arrogance is what has destroyed him. It is Virginia’s firm belief that Andrew should go to jail for what he’s done but in the end leaving him broke and destroyed may be enough. He is already destroyed.

“Now it’s a matter of how much money he offers [in a settlement] and how broke we leave him.”

The Prince, 61, was stripped of his royal and military titles after a New York judge ruled the case would go to trial.

According to a royal source, Andrew “fears complete financial ruin” as he faces £2million legal bills and a £10million payout to Giuffre.

Documents submitted to a New York court last Friday revealed Andrew’s legal team will claim Giuffre is suffering “from false memories” and in fact recruited girls for Epstein. They will protest that the civil lawsuit is a bid to “deflect from her own participation in Epstein’s sex-trafficking scheme”.

His lawyers lodged formal demands to interview under oath both Giuffre’s husband, Robert Giuffre, and her psychologist, Dr Judith Lightfoot in Australia. They also want to examine Dr Lightfoot’s medical notes from her sessions with Giuffre, 38.

Buckingham Palace emphasised Andrew was defending himself as a “private citizen”.

The Queen took “swift and ruthless” action when demoting her son after discussions with his siblings and other royals.

A Palace source added: “Anne and Edward had more than a passing interest.”