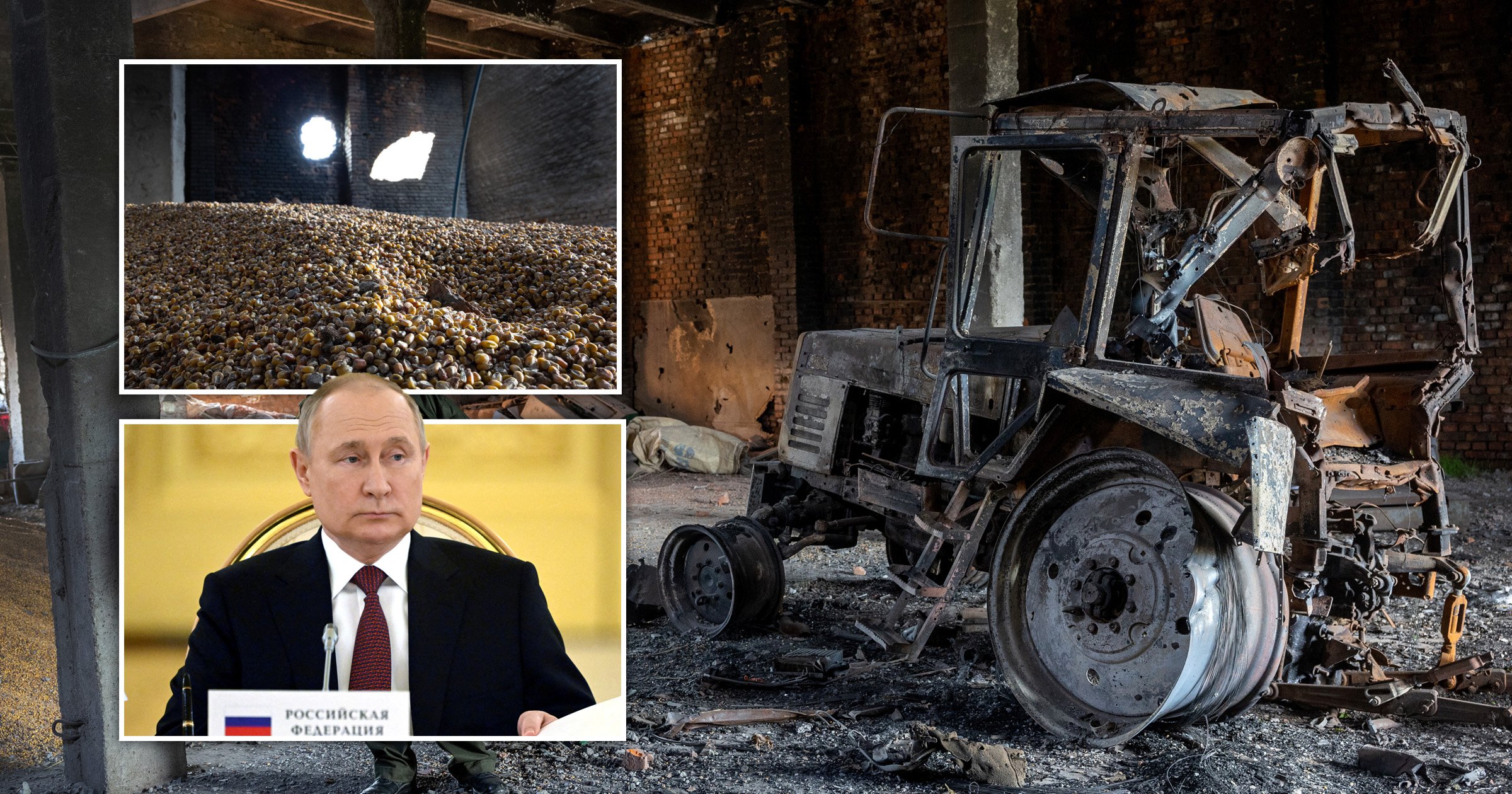 Vladimir Putin has been accused of ‘weaponising’ global food supplies by stealing grain, destroying farming equipment and blocking shipping routes as part of his war in Ukraine.

Western officials fear the Kremlin has embarked on a ‘deliberate policy’ of dismantling infrastructure needed to produce food and preventing it from being exported.

Russian forces have destroyed silos and other equipment in major cities including Kherson, Luhansk and Donetsk, according to their sources.

The UN has estimated that 1.7 billion people in more than 100 countries around the world are feeling the impact of the current surge in the price of food, energy and goods.

One Western official is quoted by The Telegraph as saying: ‘[Russia] has exacerbated a pre-existing bad situation and has created a major threat to global food security through a deliberate policy of weaponisation of global food supply.’

The war has caused global prices for grain, cooking oils, fuel and fertiliser to soar.

UN Secretary-General Antonio Guterres said on Wednesday: ‘It threatens to tip tens of millions of people over the edge into food insecurity, followed by malnutrition, mass hunger and famine, in a crisis that could last for years.’

Here in the UK, the Governor of the Bank of England Andrew Bailey told MPs there is ‘very real income shock’ coming from energy prices and ‘apocalyptic’ food prices.

Figures released this week showed that grocery bills increased at their fastest pace for more than a decade in April, helping to drive inflation up above 9% – its highest rate in 40 years.

Russia and Ukraine, which is known as the ‘breadbasket of Europe’, together account for nearly a third of global wheat supplies.

Ukraine is also a major exporter of corn, barley, sunflower oil and rapeseed oil, while Russia and Belarus account for more than 40% of global exports of potash, a crop nutrient.

In Britain, the cost of cooking oils, dairy and everyday staples such as pasta have risen dramatically.

Ukraine used to export most of its goods through seaports but since the invasion began it has been forced to export by train or via its small Danube River ports.

David Beasley, who heads the UN’s World Food Programme which feeds 125 million people and buys half its grain from Ukraine appealed to Putin directly, saying: ‘If you have any heart at all, please open these ports.

‘This is not just about Ukraine. This is about the poorest of the poor who are on the brink of starvation as we speak.’

Officials have estimated that up to 25 million tonnes of grain is being left to rot in Ukrainian silos and warehouses because it cannot get out of the country.

The UN has said 36 countries count on Russia and Ukraine for more than half of their wheat imports, including some of the poorest and most vulnerable in the world, including Lebanon, Syria, Yemen, Somalia and Democratic Republic of Congo.