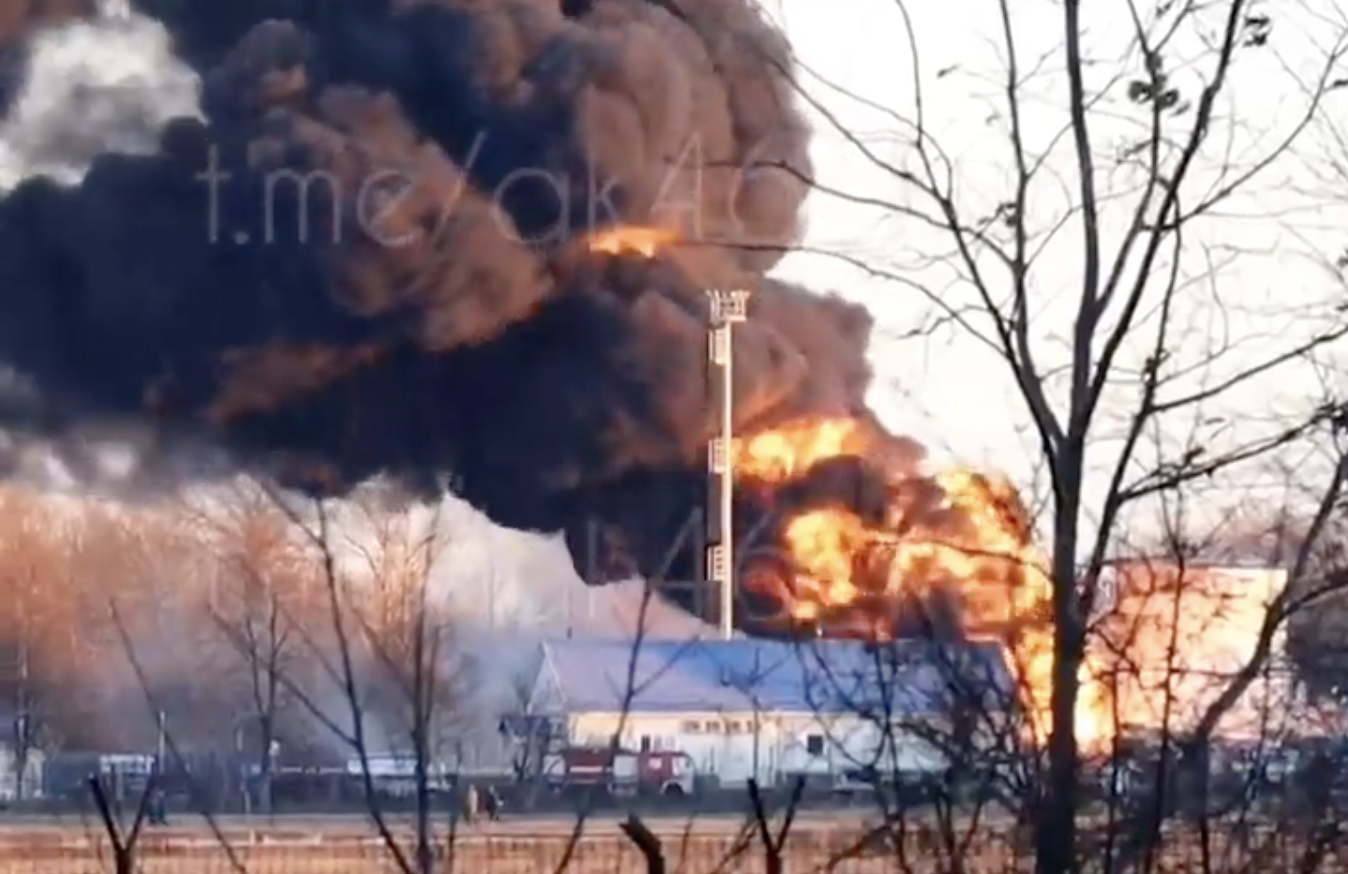 A fireball erupts above a Russian airport near the border with Ukraine, following a drone attack.

The blast in Kursk came hours after two Kremlin military bases were rocked by drone strikes that the Kremlin has blamed on Kyiv.

‘An oil reservoir caught on fire. It is being contained. All emergency services are working on the spot,’ said Kursk governor Roman Starovoyt. The airport houses military planes.

Kyiv has not commented on whether Ukraine was behind the attacks.

But the strikes raise questions about president Vladimir Putin’s air defences and could signal a fresh escalation of hostilities in the nine-month war.

Planes capable of carrying nuclear weapons were targeted at Engels base, in the Saratov region, on Monday. Three Russian soldiers were killed and four more wounded, Moscow’s defence ministry said. Missiles also targeted Dyagilevo base, near Ryazan city, at the same time.

Moscow did not say where the drones had originated from but Russian military bloggers said they were likely launched by Ukrainian scouts. Two Ukrainian drones were shot down in the attacks, defence chiefs claimed.

Meanwhile, the two warring nations exchanged another 60 prisoners of war from each side yesterday.

They include troops who held out for weeks at the Azovstal steelworks in beseiged city Mariupol until being forced to surrender in May.

The two sides have exchanged hundreds of prisoners in a series of swaps over the past several months.