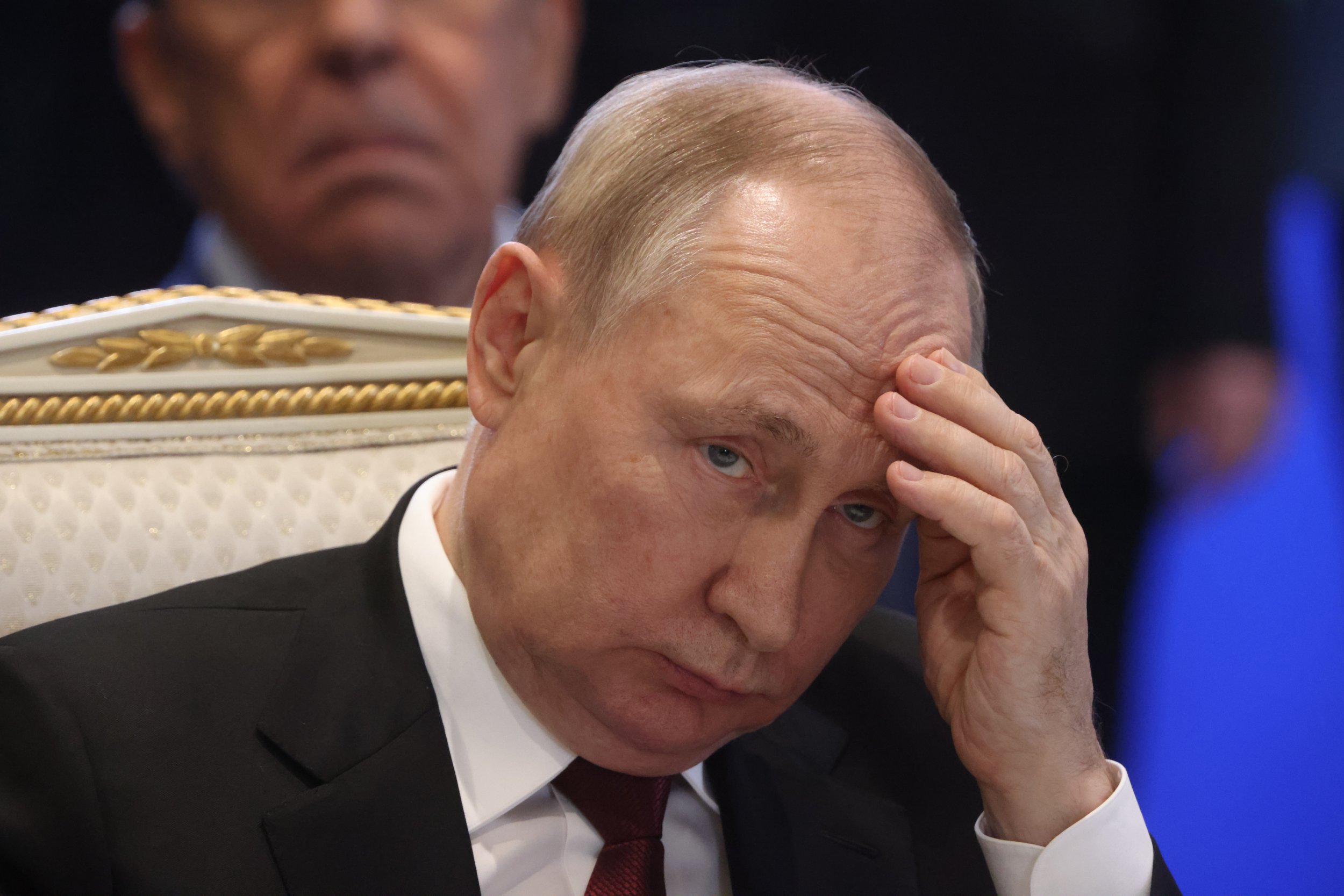 Vladimir Putin has fallen down his stairs and bruised his tailbone, it has been claimed.

Security guards had to help the 70-year-old tyrant to a sofa nearby before doctors arrived, sources have said.

He is believed to have stumbled and fallen onto his back, sliding down a couple of steps on his side.

A source said: ‘The incident took place in front of the president’s bodyguards, who reacted quickly and rushed to Putin’s aid.

‘Three security officers helped the president to get to the nearest sofa and called the doctors who are on duty at the residence.’

It is one of the latest claims reported by Russian Telegram channel General SVR which suggests the warmonger is suffering from multiple health problems.

The channel claims to have sources in Putin’s entourage and said medics ‘arrived within a few minutes, but could not immediately examine the president’.

This is because he is suffering ‘cancer of the gastrointestinal tract, as a result of which he already experiences serious problems with digestion’ – and the fall caused an ‘involuntary’ reaction.

‘Before the examination, the doctors escorted the president to the bathroom and helped to clean up.’

Despite the claims, the president managed to speak at a young scientists conference on Thursday.

An investigation will now be carried out into the fall as Putin reportedly wears anti-slipping shoes at home.

They reported he seemed extremely uncomfortable as he lay flowers.

The channel has made claims the tyrant is stuffed full of heavy steroids and innovative painkilling injections, which give his face a puffy look.