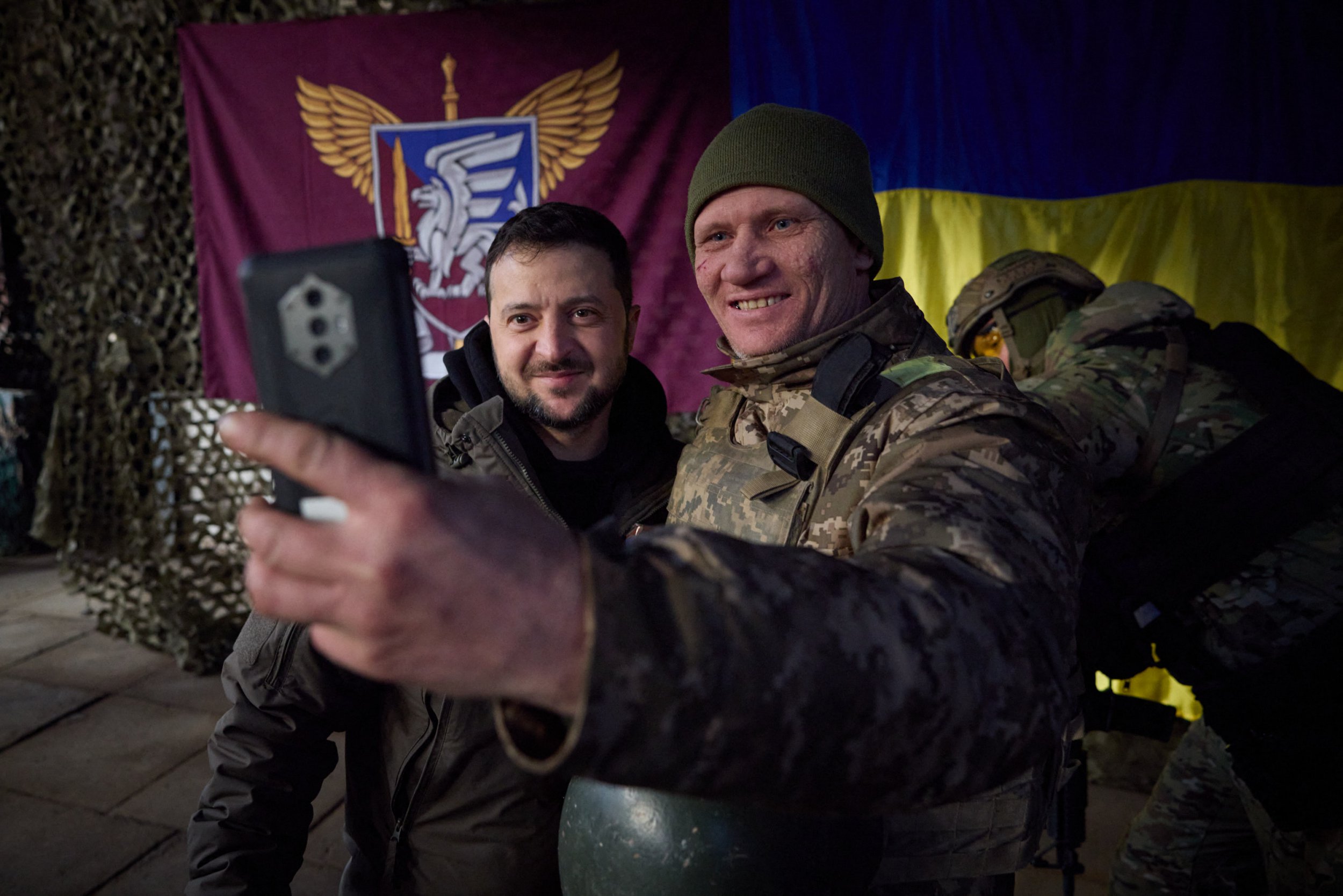 Volodymyr Zelensky and the collective ‘spirit of Ukraine’ have been crowed Time’s Person of the Year 2022.

The Ukrainian leader fended off the likes of King Charles, Serena Williams and Elon Musk to receive the accolade.

Zelensky, who refused to go into hiding at the start of the war, has led his country through months of turmoil since Russia invaded.

Time journalist Simon Shuster said the politician’s ‘success as a wartime leader has relied on the fact that courage is contagious’.

The writer added that it ‘spread through Ukraine’s political leadership in the first days of the invasion’.

Celebrities and leaders from across the globe were nominated for the prestigious title which reflects ‘the person or group who had the greatest influence on 2022 – for better or worse’.

Also in the running against Zelensky was King Charles, in response to the passage of power following the death of the Queen.

The late monarch previously was voted Time’s Woman of the Year herself in 1952, the same year she acceded to the throne.

Zelensky was also pitted against Vladimir Putin, whose invasion of Ukraine has led to months of anguish and thousands of deaths on both side of the conflict.

The Kremlin leader reportedly had around 3% of the vote share.

Also in the running for Person of the Year were female protesters in Iran, who received a large chunk of ‘yes’ votes from voters.

Athletes such as Steph Curry and Serena Williams were also popular with voters.

The 2021 winner of Person of the Year, Elon Musk also was included in the line-up.

The billionaire had made history a few times over last year, including his aerospace company SpaceX completing the first all-civilian crew mission into space in September.

‘The richest man in the world does not own a house and has recently been selling off his fortune. He tosses satellites into orbit and harnesses the sun; he drives a car he created that uses no gas and barely needs a driver,’ Time had wrote at the time.

‘With a flick of his finger, the stock market soars or swoons. An army of devotees hangs on his every utterance. He dreams of Mars as he bestrides Earth, square-jawed and indomitable. Lately, Elon Musk also likes to live-tweet his poops.’