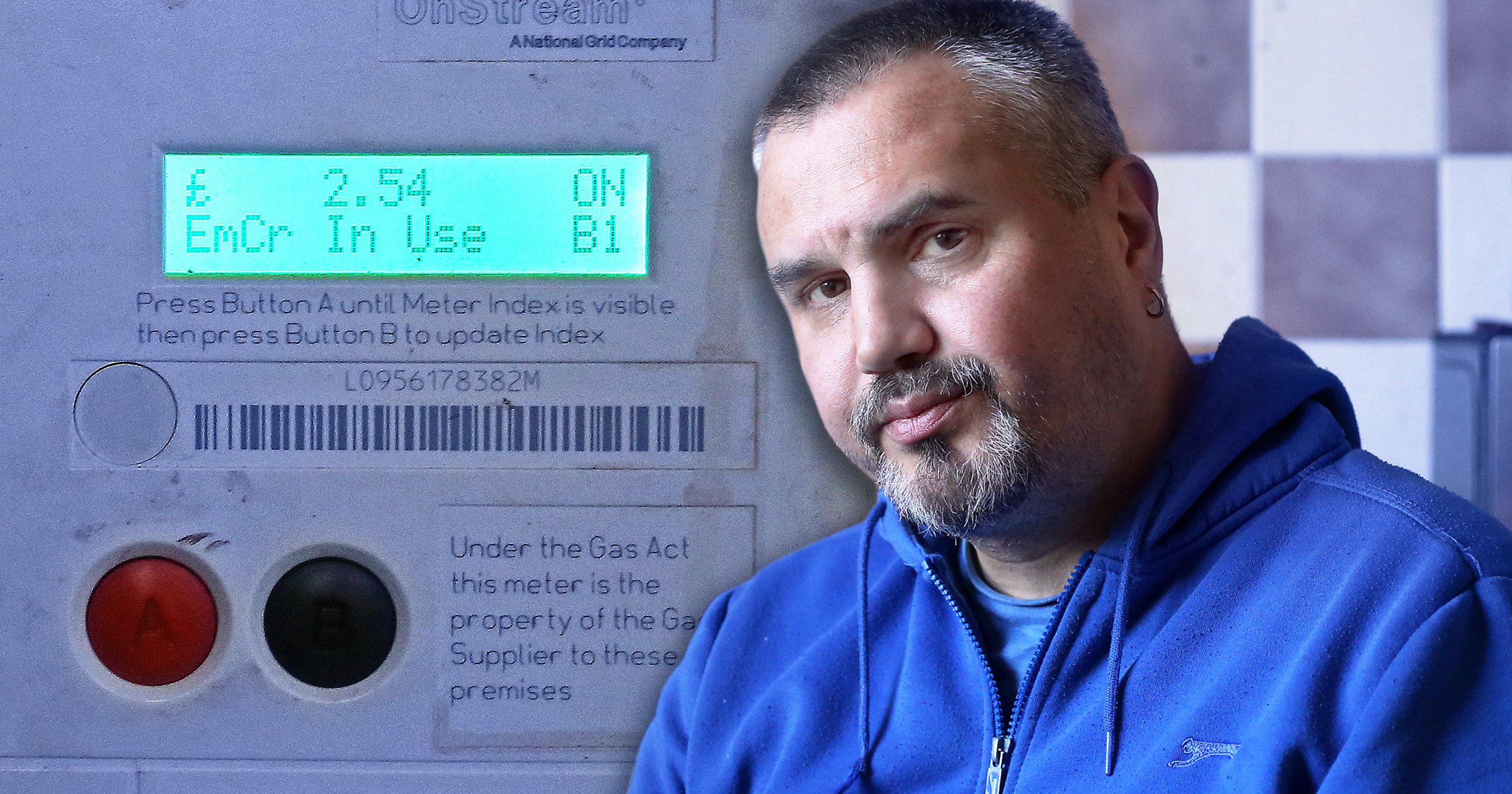 A vulnerable man with mental health issues has been left struggling to eat or sleep after spending long periods in the cold because he has been unable to top up his gas meter.

Siddy Shivdasani, 50, has repeatedly gone without central heating due to technical issues with his pre-pay card which began three months ago.

Mr Shivdasani said his physical and mental health has spiralled downhill because of the outages and he has been forced to camp out in his living room as the freezing weather sets in.

He told Metro.co.uk that he has been left feeling ‘totally demoralised’ as he tries to heat his converted upstairs flat, with engineers and call centre staff apparently unable to rectify the issues with the pay-as-you-go system.

In total, the British Gas customer has spent five spells of up to 40 hours without the supply since September and has been left having to wrap up indoors with the temperature dropping to 12C at his home in West Norwood, south London.

Mr Shivdasani claims that call centre staff in South Africa have hung up on him and the outsourcing is part of the poor customer service he has received from the company, which is owned by Centrica.

He said: ‘I must have had about 10 engineers come out since September.

‘They either can’t fix the problem or they can’t be bothered.

‘The money’s not the problem, it’s all the running round trying to initialise the card and put it in the meter and trying to get through to the call centre in South Africa, it’s become like a full-time job.

‘Half the time they put the phone down on you or tell you to try something that has already not worked.’

The qualified journalist, who is not currently working, has bipolar and a condition called Raynaud’s, which affects blood circulation when someone is cold, anxious or stressed.

‘Sleep deprivation is the worst thing that can happen to a bipolar sufferer, as we have problems with our sleep anyway,’ he said.

‘It got to the point where I was nauseous and I couldn’t eat for days, it was devastating. I’m totally demoralised and I’ve had pain in my body which means I can’t do yoga anymore, which was helping me with my mental and physical health.

‘When it’s 12 degrees and you are not moving it’s really cold no matter how much you wrap up. I had an electric fan heater from my mum but that packed up and I’ve had to spend £70 on a new one.

‘I’m living in my living room with the hot air blasting out and it’s like being stuck in a cell. People are worried that my mental health is spiralling out of control but if my meter was working, my mental health would be fine.

‘Thankfully my ex-wife has taken charge of the situation, she won’t let go and this is now being dealt with at a high level at British Gas.’

Mr Shivdasani said another consequence of not having secure heating is that he is unable to have his young daughter round to his home.

An engineer visited his flat this week and he was given a new pre-pay card, but this still did not work when he tried to top it up at a shop, and as of Friday afternoon he had just £2 in emergency credit left on his meter.

His case has also been taken up by Mr Shivdasani’s local MP, Helen Hayes, after she was contacted by his ex-wife, who is acting as his advocate.

‘The worst time it broke down was the most recent when it wouldn’t work for 40 hours,’ Mr Shivdasani said.

‘They were meant to fix it within three hours.

‘Meanwhile I’m left trying to get through to a call centre in South Africa.

‘I must have a red flag on my account because I am taking up all the engineers or something.

‘This is for a company making record profits, and I can’t be the only one, there must be other people out there who are also experiencing problems but don’t have someone acting as an advocate on their behalf.

‘A company making billions of pounds in profits needs to live up to its name and help its customers here in Britain.’

The engineers have reported that the pre-pay meter is working but that the top-up card is being rejected at a local shop.

A British Gas spokesperson said: ‘As Mr Shivdasani’s top-up card wasn’t working, we’ve sent him new cards preloaded with credit and have sent engineers to manually top up his meter.

‘We’re sorry for the customer service Mr Shivdasani experienced over the telephone and are looking into this. We’ll remain in regular contact with him and his ex-partner until the matter is resolved.’