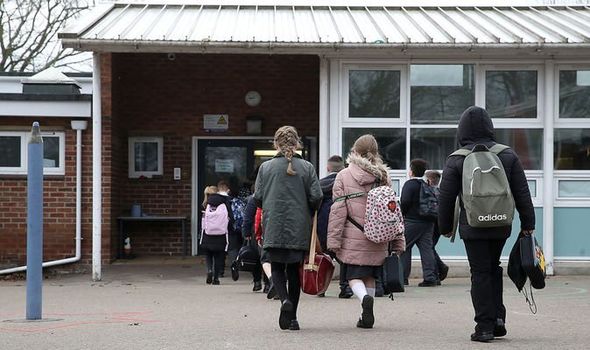 It revealed children have also been put at risk in registered care homes where some have had access to drugs or been recruited by street gangs.

Ofsted last year investigated 1,040 complaints about 720 registered children’s care homes, around a quarter of all those in England.

If unregistered accommodation is used, the owner is supposed to urgently register with Ofsted. But it said this was not happening and some have even tried to hoodwink local authorities into thinking they are in the process.

During the 2020/21 academic year Ofsted investigated 181 suspected unregistered providers being used by social services, with about 70 percent confirmed as unlawful.

The rest were unregulated homes which can legally offer assisted living, not full-time care, to 16-and 17-year-olds. But the Department for Education announced last week that these will have to register with Ofsted by April 2023.

Among those who used unregistered and unregulated provision was Bradford City Council social services, which failed murdered toddler Star Hobson. The 16-month-old was beaten to death by mother Frankie Smith’s partner, Savannah Brockhill, 28, in September last year at their home in Keighley, West Yorkshire.

On Wednesday, boxer Brockhill was jailed for a minimum of 25 years, while Smith, 20, received eight years for causing or allowing her death.

Bradford Crown Court heard that social workers received five referrals of concerns for Star’s welfare but she was left with the pair.

Ofsted was already closely monitoring Bradford social services as it had failed to improve after an inadequate rating in a 2018 inspection.

Ofsted’s annual report said: “In recent years, there have been a number of High Court cases where judges have reluctantly approved unregistered placements for children with complex needs.”

Over the past year, Ofsted has been notified of 33 such courtordered placements but none of them have since been registered.

An Ofsted spokeswoman said: “Our concern is that if a provider is unregistered, we do not know anything about them. We have been unable to test their suitability to be running a home for children.”